What Is Waltonchain? - [A Comprehensive Guide to Understanding Waltonchain]

Supply chain management and the blockchain industry are like a match made in heaven. Even those who are skeptical about the future of blockchain typically still believe that the supply chain industry can be tremendously improved with the use of blockchain technology. Waltonchain is one of those public blockchain solutions which try to fix the ongoing problems in the supply chain management space. There are a lot of similarities between Waltonchain and other similar solutions (for example, compared to Vechain), but Waltonchain mainly focuses on the use case of RFID technologies. With this article, we will explore the history of Waltonchain, its technology, how it works, and other important things. Let’s start right away!

Unfortunately, there’s not much publicly-available information about the history of Waltonchain. In its earliest days, the Waltonchain team mainly focused its attention on getting some presence in the Chinese social media. It only started to gain international attention in 2018. The project itself was inspired by Charlie Walton, the inventor of RFID technology (Radio frequency identification). WALTON itself is an acronym of Wisdom Alters Label, Trade, Organization, and Network.

The project was co-founded by Xu Fangcheng and Do Sanghyuk in 2015, and it was officially launched in 2017. Do Sanghyuk was the Director of the Korean Standards Products, and Xu FangCheng was the Supply Chain Management Director for Septwolves Group Ltd. The former VP of Samsung (Kim Sukku) also participated in the product as a Chief Scientist Advisor.

Waltonchain has successfully secured some important partnerships, such as with the Fujian government (a province in China), to create a blockchain incubator program. They also have some type of partnership with the Jinhu government for smart air monitoring and purification systems. 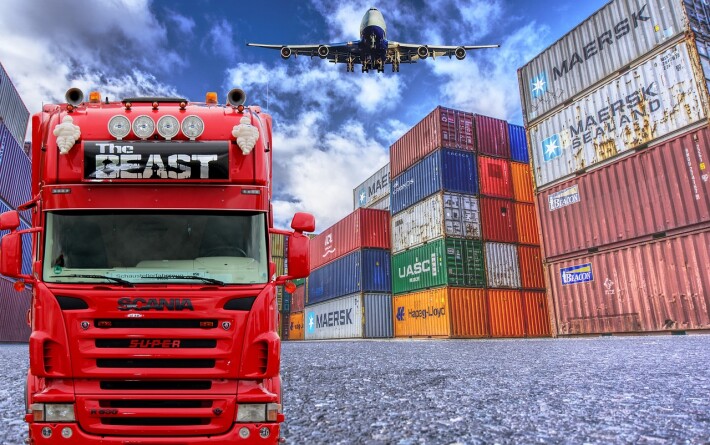 The goal of Waltonchain is quite straightforward. While the public blockchain itself can be used on different types of use cases, but the main idea is to solve the problems in the supply chain management space. The project wants to coordinate data among large corporations by analyzing and tracking their products during every production and distribution step. The data is always saved on the blockchain to make sure it is tamper-proof and authentic. By utilizing the blockchain, third parties cannot easily ‘cheat’ their data submission as everything needs to be confirmed and authorized by the blockchain.

The supply chain management industry has been facing a lot of problems in the past few decades. It is quite hard to track where the product originally comes from, as there are multiple third parties who get involved in the whole distribution process. The whole inefficiency problem becomes even worse when you involve import and export processes. And this is where blockchain can significantly improve such problem. By using RFID chips and utilizing the blockchain at the same time, every distribution step is ‘tracked’ and must be ‘verified’ by different entities (instead of just one third-party group). 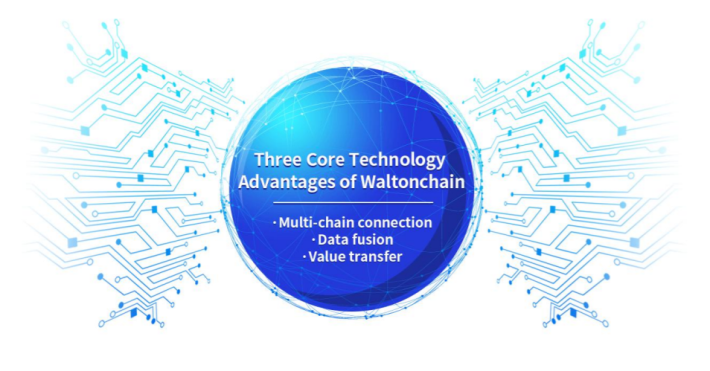 Apart from the things we mentioned above (about utilizing blockchain and RFID chips to solve problems in the supply chain industry), Waltonchain also improves the concept of IoT (internet of things). Waltonchain uses the idea of VIoT (Value Internet of Things). Many skeptics claim that VIoT is just a ‘fancy’ name to force the idea that Waltonchain is ‘innovative.’ VIoT itself does not really have a lot of differences from IoT other than the fact that it ‘mixes’ RFID chips technology with blockchain.

For those who don’t know, RFID chips respond to a certain type of electromagnetic frequency by sending back the data. RFID chips do not need to use batteries, and they are usually used in product kiosks, library systems, and inventory tracking. RFID chips can be very small and cost-effective. Every individual can easily scan RFID tags, so all the data can be safely stored on the blockchain every time there’s a new RFID tag scan.

And not only that, but Waltonchain also utilizes the concept of parent chain and sub-chains. In the Waltonchain blockchain network, there’s one parent chain (which is Waltonchain itself) that executes smart contracts, manages sub-chains, and manages everything related to Waltoncoin (WTC) movements. And then, there are sub-chains which are utilized by clients who want to use the Waltonchain technology. The sub-chains are allowed to issue their own tokens. Keep in mind that the sub chain is not tied to any network activity of the parent chain. They created this concept so all the clients could have more flexibility as well as independency.

The important thing to note from such separation is that each chain network is responsible for its own ‘traffic’. Take a look at Ethereum. They just ‘mix’ everything in one blockchain system. When CryptoKitties reached its peak popularity, it brought down the entire Ethereum network. So, even those who only wanted to use ethereum to send a random ERC20 token, they couldn’t do it without raising their transaction fees. All of the problems only happened because of one dApp (CryptoKitties). This problem, however, does not really exist with Waltonchain. In Waltonchain’s sub chain, when they have some network problems, it wouldn’t affect the parent chain nor the other sub-chains.

Last but not least, Waltonchain also introduced a different kind of consensus algorithm. They used to use what they call as POST, which stands for Proof of Stake and Trust. The basic concept of POST is quite similar to the standard algorithm of Proof of Stake. So, you get ‘dividends’ just by holding WTC coins. However, in Waltonchain, an honest node is more likely to get a better reward as well. So, the more you ‘successfully’ confirm transactions in the blockchain, the more trusted your node becomes. And thus, the bigger the reward you will get.

Keep in mind that you need to hold (at least) 5000 WTC to participate in the staking system. Waltonchain utilizes the concept of master node. And yes, the 5000 WTC mentioned earlier are required to become a master node.

However, nowadays, they are already ‘improving’ this POST algorithm, and they call the new one as Waltonchain Proof of contribution (WPoC) consensus. This new idea was first outlined in their whitepaper 2.0 last year (2018). Basically, WPoC combines three different algorithms, Proof of Work, Proof of Stake, and Proof of Labor. The parent chain (Waltonchain itself) mixes PoW and PoS. Meanwhile, the sub-chains have to utilize PoL to exchange data across the whole ecosystem (parent chain, sub chain, and other sub-chains). 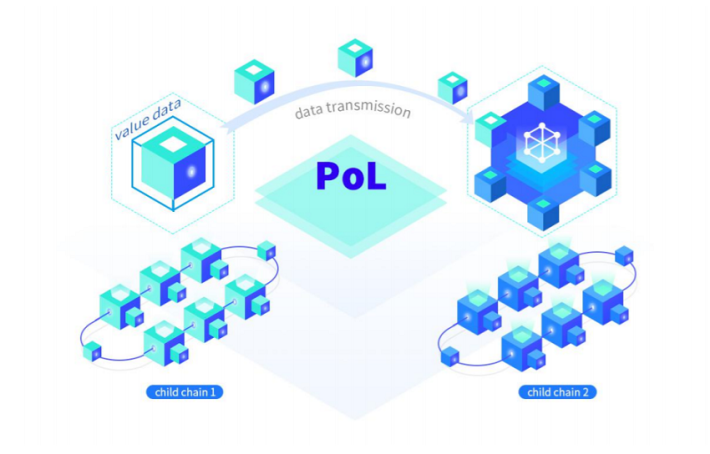 Use Case of Waltoncoin (WTC) In Waltonchain Ecosystem

Waltoncoin (WTC) is the native cryptocurrency of the Waltonchain ecosystem. There are 70 million WTC at the moment, and the remaining coins will be ‘created’ in the next few years to achieve the total amount of 100 million coins. WTC itself has several different functions, which is to issue sub-chains, to pay dividend interests, to vote in the governance system, and to distribute asset exchange.

Despite being a serious blockchain startup that provides real solutions, but Waltonchain itself is not ‘free’ from controversies. The most visible controversy happened last year in 2018 when the Waltonchain team announced a competition for Valentine’s giveaway. They said they used a ‘script’ to randomly selected the winner. However, the winner was apparently their own employee. The employee then proceeded to say his thank you to the Waltonchain team, but he ‘forgot’ to logout from the official Waltonchain account, as you can see from the below screenshot.

Unfortunately, Waltonchain is not running alone in the blockchain-for-supply-chain solution space. They are competing with the likes of VeChain, Tael, and Food Chain. There are also other cryptocurrencies that try to tap into the same supply chain market recently, such as IOTA. And also, many corporations are building their own private or semi-private blockchain solutions for the supply chain industry. IBM Blockchain, for example, has been aggressively trying to ‘introduce’ its own solutions to help giant supermarket chains track their products.

WTC In The Crypto Market

The stability of a public blockchain project can be defined by how popular the native cryptocurrency is. So, where is Waltoncoin (WTC) in the crypto rankings? Well, at the time of this post writing, one WTC was worth $0.71899 USD. The market cap was $30,649,453 USD, with more than $1.5 million daily trading volume. WTC was ranked 105th in the crypto rankings by market cap.

Waltonchain is a great blockchain project that offers real solutions to help the supply chain industry. However, there are also other similar solutions like VeChain that can overshadow Waltonchain in the next few years. If Waltonchain wants to get ahead of its competitors, it needs to introduce something unique and ‘groundbreaking’. Whether it can do so or not, only time will tell. Let’s see!