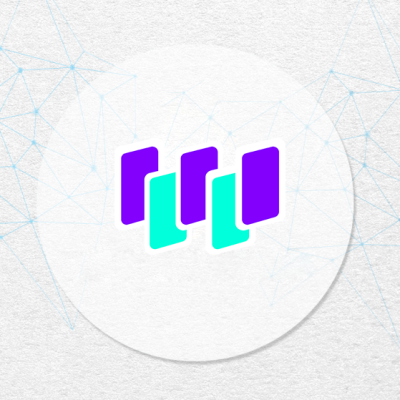 Waltonchain (WTC) is a blockchain platform that is tightly integrating hardware like RFID chips into its business model for the benefit of industries such as fashion retail, food and beverage, and general supply chain businesses. Named after Charlie Walton, the inventor of RFID chips, the project was founded in 2016 by Do Sanghyuk and Xu Fangcheng, on the fifth anniversary of Walton’s death.

Waltonchain uses RFID chips along with blockchain technology to, as the team describes it, “to create a unique combination of blockchain and the Internet of Things (IoT)”. Waltonchain’s cross-chain ecosystem means that merchants and other entities who have created sidechains, integrated with the RFID hardware, can communicate with other side chains. The network uses a unique consensus mechanism called Waltonchain Proof-of-Contribution (WPoC). It is a combination of Proof-of-Work, Proof-of-Stake and Proof-of-Labor.

Waltonchain’s target industries and use cases include production, logistics, warehousing, sales, and the liquor, pharmaceutical and clothing industries. Numerous pilot projects have already been conducted.

Details are scarce on the precise areas of development that Waltonchain is focusing through to 2020. However, it is known that Waltonchain will be spending much of 2019 first testing Blockchain RFID tags, before starting mass production later in the year. Following this, the team will focus on adoption and expansion.

From my trucking diaries Sept 13th 2001.     I was driving my way up north from Florida hauling a load of citrus and I had nothing to report as all was going well. In fact this trip was really a breeze, no stress to speak of and my log book had cloc...

This is a transparency announcement: Not that I’m obliged to provide you with one, but I like to play open-cards with my readers I have dumped my Waltonchain bag.Okay, it’s more like a “baglit”. Perhaps a “bagling”.I’ll be the first to admit that m...

Best crypto coins to invest in for the tech in 2020

If you know me, you know I usually don't care about the project. I'm all about that yellow lambo life baby! But there are some cryptocurrencies that have caught my eye, and in this post I'll be sharing them with you. Do note that this isn't based on...

WTC seen from the 1W seasonality we can observe how the candlestick structure has formed a long 2 year downward wedge, currently the price is at an excellent moment of the trend, ending the wave (5) of momentum, at any time we should have a stron...

The concept of blockchain to modernize the supply chain industry has been welcomed by many analysts, even those who don’t really believe in the future of cryptocurrencies. VeChain, IBM Blockchain, and many other projects have been trying to “revolut...

What Is Waltonchain? - [A Comprehensive Guide to Understanding Waltonchain]

Supply chain management and the blockchain industry are like a match made in heaven. Even those who are skeptical about the future of blockchain typically still believe that the supply chain industry can be tremendously improved with the use of bloc...

Try to imagine all the products in a person’s life. A daunting task no doubt, but when given closer thought and attention, it’s easy to take for granted the sheer number of items people use and take for granted in their daily lives. Whether it’s our...