What Is Lambda? - [A Comprehensive Guide to Understanding Lambda]

Lambda is a blockchain-based decentralized storage solution. In other words, it is a decentralized ecosystem that promotes high capacity storage for decentralized applications. Not only that, but Lambda also supports multi-blockchain data cooperation, cross-chain data management, protection for data privacy, and provable data possession. It sounds complicated, isn’t it? Want to know what exactly is Lambda, its history, and its purpose? Let’s find out together! 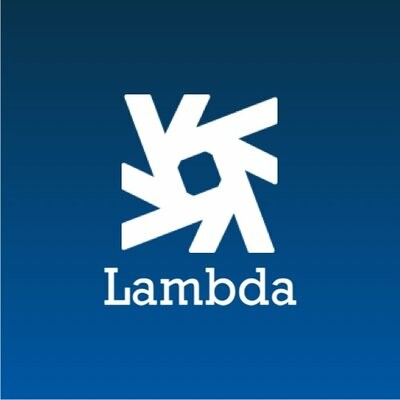 There isn’t much public information about the history of Lambda. What we know is that the company is based in Singapore, as proven by their Linkedin profile. That being said, the majority of the team is actually based in China. It’s quite possible Lambda was following what other blockchain startups have been doing. Many newer Chinese based startups often look elsewhere due to the ongoing strict rules by the Chinese government against public cryptocurrencies. Lambda registered its entity in Singapore for its friendlier crypto regulations.

The core team of Lambda includes He Xiaongyang, Li Monan, Alex Lototskiy, He Bingqing, Guo Hongqiang, Gao Haiqiang, Oleg Lyamtsev, and Zhao Haijun. And just like most other altcoins that were started in 2018, Lambda also began its history with some private funding followed by an initial coin offering (ICO). The private funders include huge companies such as Bitmain, FBG Capital, Metropolis Capital, FunCity Capital, Sparking Capital, Zhen Fund, and Bluehill.

The ICO itself ended on October 2nd, 2018, collecting $15,080,000 USD. Despite the Lambda team was asking for $20 million, but a 75% successful funding wasn’t a bad story at all. And keep in mind that late 2018 was a very tough time period for the crypto industry. Lambda actually achieved something really special considering the situation. 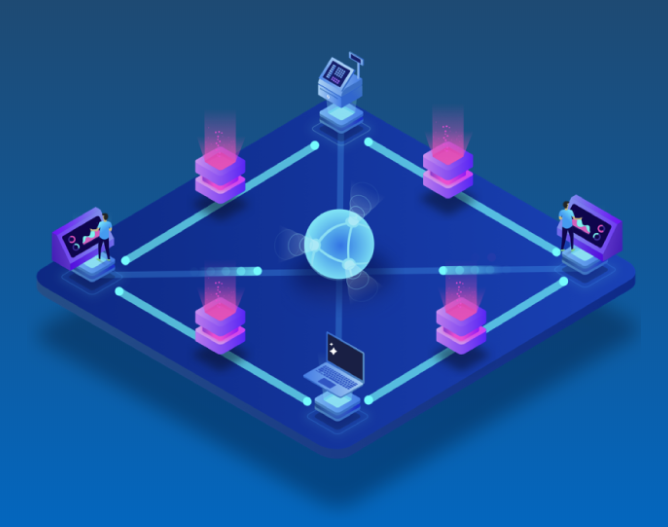 In short, the goal of Lambda is to create a fast, scalable, and secure blockchain ecosystem. Theoretically, Lambda is able to support infinitely scalable data storage functionalities to support the dApp (decentralized applications) ecosystem while at the same time, it can achieve multi-chain data cooperative storage. And with the usage of the smart contracts, Lambda Network intends to connect researchers and the funders.

The idea is to have a marketplace of research crowdfunding. Furthermore, through smart contracts, Lambda Network wants to build a marketplace that links researchers directly to their funding, enabling brand new applications in research crowdfunding. And of course, on top of all these, Lambda also wants to become one of the fastest blockchain platforms with the ability to process millions of transactions per second (TPS).

Basically, Lambda tries to become an “all in one” platform, although, of course, the primary focus is to become the default face for a decentralized storage solution. 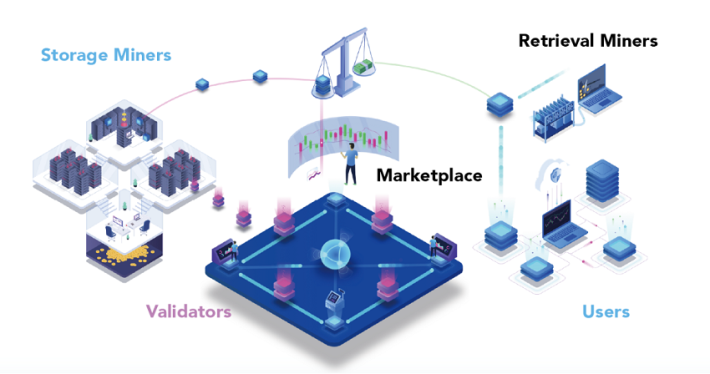 The Lambda ecosystem basically has four different groups that are equally important one to another. They are the validators, retrieval miners, storage miners, and marketplace. Let’s talk a bit about each one of them.

Retrieval miners are the groups of people that support users’ download bandwidth. They can do this by pledging a certain amount of LAMB tokens. They are rewarded by a certain amount of data retrieved. Storage miners, on the other hand, provide storage services in exchange for money. Their job can be “promoted” to validators as well.

Then, we have Validators. These people are the ones who need to take care of transactions, creating blocks, verifying the Proof of Stake consensus mechanism, and they also need to execute contracts for orders. Last but not least, we have Marketplace, a place where people can buy a data storage space.

The marketplace is created on consensus network with all kinds of different nodes. This marketplace is crucial for the Lambda ecosystem because it is where users can trade, buy, or sell their LAMB tokens.

On top of all these, the Lambda Network has its own consensus that they call the LambdaChain. With the Lambda Chain mechanism, the data will be secured and verified through the blockchain. The hope is to be able to compete with mainstream data storage platforms, which are mostly centralized.

LambdaChain operates with both third-party and its own validators. There are also validators that were previously miners. Combined, all of them become the 1024 validators in the network. In theory, the LambdaChain can generate up to 10000 transactions per second (TPS). Despite that, however, the current situation of LambdaChain (in its test net) is 5000 TPS and up to 15 seconds block time.

In LambdaChain, they use two different consensus algorithms, which are Verifiable Random Function (VRF), to choose the participating nodes and the Byzantine Fault Tolerance (BFT) to achieve consensus.

The Use Cases Of LAMB Token In The Lambda Ecosystem

The native cryptocurrency of Lambda is called LAMB. The value of LAMB token comes from several different use cases. LAMB is used to pay for services in the Lambda marketplace, used by storage miners and validators, to reward the validators, and to reward the storage nodes as well. In its mainnet scenario, LAMB is mineable.

Due to all of these use cases, many people expect the value of LAMB to keep rising as Lambda becomes more and more popular. Whether Lambda can finally get ahead of its competition, now that’s a different question. Only time will tell. 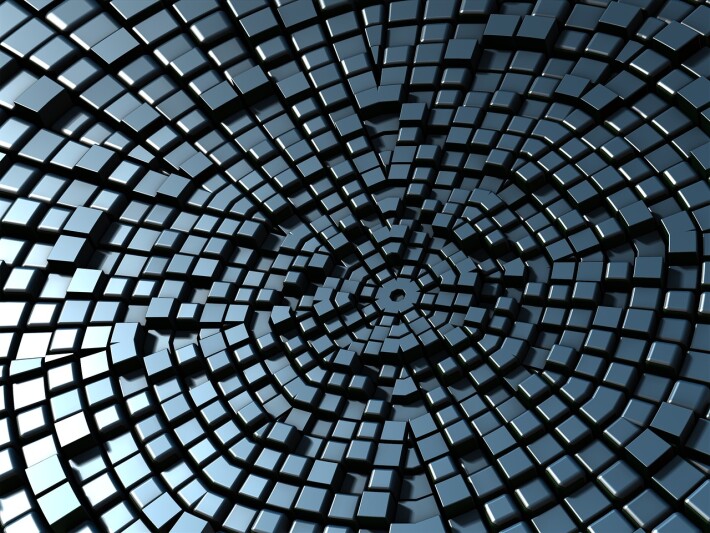 There’s no well-known public controversy related to the Lambda project. It’s possible that there might be some unknown controversies, but the public doesn’t know much about them due to Lambda itself is not “very” mainstream in the eyes of the crypto community.

At the time of this post writing, Lambda was still sitting outside the top 100 crypto rankings. Typically, smaller market cap altcoins do not receive a lot of attention from the public. And thus, most controversies related to them are also less known.

Regarding challenges, the typical challenge that faces newer blockchain projects is their inability to come out on top of the competition. Many of them use fancy words and over-promise on many different things, and then they fail to deliver. Lambda has not failed its supporters so far, but many crypto enthusiasts already feel skeptic and tired with all the other newer crypto projects.

And whether Lambda team likes it or not, the impact of these “skepticisms” would directly or indirectly affect their visibility as well. As long as Lambda does not introduce a strong partnership or branding effort, many crypto enthusiasts wouldn’t even bother to learn about Lambda.

So, basically, the biggest challenge for the Lambda team is to become “visible”. There are many crypto enthusiasts that always follow the developments of big altcoins projects such as Ethereum, EOS, NEO, Tron, Stellar, Ripple, Litecoin, and others. But when you ask them about smaller-cap altcoins, they just ignore them. In order to attract people’s attention, first and foremost, the LAMB token needs to get into a higher market cap.

The thing is, it’s very complicated and not easy to consistently climb the ladder in the crypto rankings. They need to get some type of big partnerships and acknowledgments from mainstream corporations to raise the demand of the LAMB token. Not only that, there are a lot of stereotypes about the importance of data storage solution on the blockchain.

While everybody understands the importance of keeping the safety of our data, but most people still look into centralized data storage solutions and just improve the flaws that they find over there.

They do not really look into blockchain-based solutions. It’s the task of Lambda and other similar blockchain-based projects to change this perspective. In order for blockchain to finally become mainstream, it needs to be scalable, fast, and it needs a lot of marketing and branding efforts as well.

Lambda has different types of competitors, depending on how you see it. From a “fast and scalable blockchain” perspective, they are trying to compete with other mainstream blockchain projects. Technically, the majority of altcoins are trying to offer a similar promise. NEO, EOS, Ethereum, VeChain, Tron, and many others are all trying to “scale” their own blockchain platform.

LAMB Token In The Crypto Market

At the time of this post writing, one LAMB token was worth $0.048872 USD. It had a $37,300,117 USD market cap, with more than $100 million daily trading volume. LAMB was sitting on the 106th position of the crypto rankings, outside the top 100. You can find LAMB token on HCoin, Bithumb, Huobi, OKEx, DigiFinex, Coinbene, BitMax, CoinEx, and many other crypto exchanges.

Lambda is an exciting and promising blockchain solution. Just like many other lower cap altcoins, it still needs to prove itself to the crypto community and corporate partners. However, the potential is there, and it’s quite possible for them to become one of the most promising altcoins in the next few years. Time will tell whether they can achieve this goal or not. 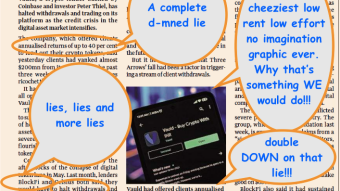 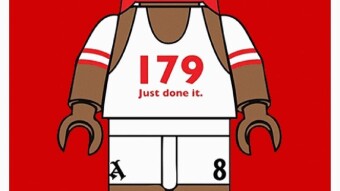