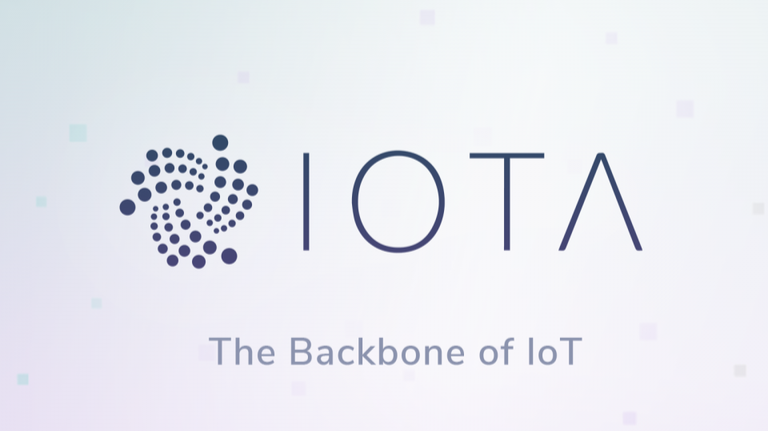 What is IOTA? [A Comprehensive Guide to Understanding IOTA]

IOTA means Internet Of Things Application. It’s a cryptocurrency that’s designed for M2M (machine to machine) transactions in the era of Internet-of-Things. Many people often predict that we will have IoT (internet-of-things) devices everywhere in the next few years and IOTA team want to try as best as they can to become the standard currency for transfer of monetary value in the era of IoT. So, how does IOTA work and what makes it different from standard blockchain networks? Let’s take a look.

The History of IOTA

IOTA was created by several developers. They are David Sønstebø, Dominik Schiener, Sergei Popov, and Sergey Ivancheglo. The idea was to ‘integrate’ cryptocurrency system to the IoT devices so all these different devices can do microtransactions between each other. Iota team strongly believe that in the future monetary transactions between machine to machine will become the next big thing and they want IOTA to become the standard currency for all these different machines from different countries that want to transact between each other.

In 2015, IOTA had its own Initial Coin Offering (ICO). However, they did not receive as much attention as Ethereum, which was much more popular at the time. IOTA team gathered a little bit less than 1500 BTC (roughly around $500,000 USD), and they issued 2,779,530,283 MIOTA coins in return. If you are confused with the term “MIOTA”, it’s because the M stands for Mega. 1 MIOTA is the same with 1 million IOTA. However, the team like to use the term MIOTA because the value of each IOTA is a bit too small at the present time. At the time of this article writing, 1 MIOTA is only worth $0.247435. That’s why all the crypto websites use the term MIOTA to calculate IOTA’s value.

The difference between IOTA and other ICOs back in 2015-2016 was in regard to the mining process. IOTA was basically pre-mined, and it does not understand the concept of miners. IOTA does not need miners to validate each transaction inside the network. It uses the concept of the ‘Tangle’ where each device (node) has to confirm 2 other transactions through a different type of ‘proof-of-work’. At the end of the ICO, IOTA developers established IOTA foundation where they asked for a donation from the investors (they did not pre-allocate a certain amount of IOTA tokens to themselves). The community agreed to give back 5% of IOTA token supply to fund the development.

Many IOTA enthusiasts praised this practice by the IOTA foundation. They believe IOTA ICO was one of the fairest distributions in ICO history. Many other projects often pre-allocate 40-50% of the total token supply to themselves, but IOTA foundation only got 5% of the supply.

Not just the difference in the ICO process, IOTA team often describe the project as something that’s far more advanced than blockchain. They refuse to see IOTA as another form of blockchain even though many outsiders often fail to see the difference. IOTA team believe the network (called the Tangle) is not exactly blockchain because there’s no ‘block’. To submit your transaction into the Tangle, your device just need to verify 2 other transactions submitted by other devices.

In Q4 2017, IOTA enjoyed its peak popularity when it became one of the top 3 cryptocurrencies in terms of market capitalization. However, it quickly fell out of the top 3 rankings, and now it’s ‘only’ part of the top 20. IOTA supporters believe there’s too much unnecessary hype and irrationality in the crypto industry, but they strongly believe sooner or later the best tech would win eventually. They believe IOTA will eventually surpass ETH or even BTC because its technology has better scalability. 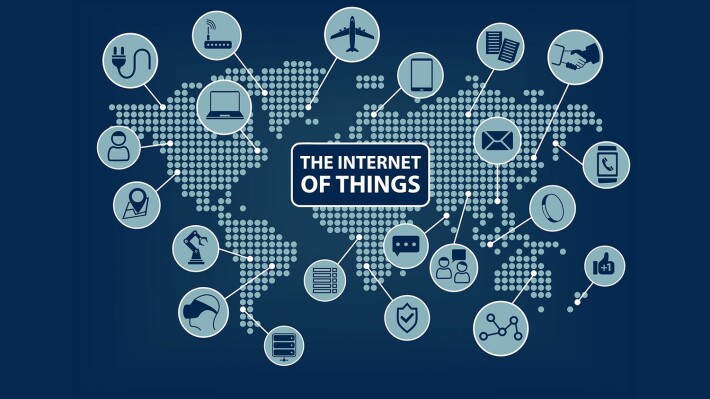 As we have mentioned above, the purpose of IOTA is to become the standard currency for transfer of monetary value in the era of internet-of-things. Particularly, the transfer of monetary value from machine to machine. Many other cryptocurrency projects often overlook this potential, and they are just trying to become the solution to everything related to blockchain or DLT (distributed ledger technology). IOTA has very specific goal despite the fact that they also believe the Tangle can be used for many different use cases, including supply chain and even just for standard cross-border peer-to-peer transactions.

However, the idea of IOTA to support machine-to-machine economy is not free from criticism. Many skeptics believe it’s a big gamble because nobody knows what will happen in the long term, especially when it comes to machine-to-machine economy. They believe it’s too premature to assume that you can create a token and DLT system for something that does not even exist yet.

Theoretically, IOTA is much more scalable compared to many other top cryptocurrency projects. The concept of the Tangle does not understand ‘block time’ because it utilizes DAG (Directed Acyclic Graph). A blockchain usually stores information or data in a linear fashion. A DAG system goes in one same direction, and it does not go into loops (acyclic). Specifically, in IOTA, a device that wants to submit transaction also has to submit two other transactions by other devices. This concept theoretically makes the transaction time to be faster when there are more transactions in the network. Also, IOTA transactions are feeless. It does not have any transaction fees, so it should be much more scalable in the long term.

IOTA team also brags about the project’s quantum-resistant technology. Until today, many other top cryptocurrencies are still ‘prone’ to future quantum computing technology (that can guess the crypto users’ private key easily). IOTA, however, utilizes Winternitz signatures that make the network quantum-resistant from the beginning.

While the IOTA team has a long-term plan to remove the coordinator in the Tangle, but the presence of the coordinator has become a big controversy. Many people label the coordinator as a proof of centralization and they believe the project should not label itself as a ‘decentralized’ network as long as the coordinator remains alive.

According to the IOTA core developers, the plan to remove the coordinator must be carefully planned. Until today, they remain committed to introducing a coordinator-free DLT system that’s enterprise-ready when the technology is ready. You can learn more about the IOTA team’s long-term plan to remove coordinator here.

The controversy around IOTA is not only about the coordinator. Another controversy that took the headlines everywhere was when a ‘hacker’ successfully ‘phished’ IOTA users to use his website’s seed generator. For you who don’t know, an IOTA recipient wallet address should change every time it receives a new transaction. What’s important in an IOTA wallet is not the private key but the seed. A year or two years ago, IOTA did not have a user-friendly wallet, and many casual users were confused with how different IOTA was compared to Ethereum or other cryptocurrency projects.

That’s when a hacker used a domain iotaseed.io to take advantage of this situation and ‘trick’ IOTA casual users to generate IOTA seeds on his website. By doing this, he could easily obtain all these seeds, and he managed to steal $11 million worth of IOTA tokens from all his victims.

When this news made it to the top of crypto headlines, the majority of IOTA sceptics blame the concept of IOTA and how IOTA was not ‘user-friendly’ enough to prevent this type of crime. Even until today, many crypto traders still believe that IOTA is not as user-friendly as many other cryptocurrencies. This is actually not entirely true because nowadays IOTA foundation has created a much better wallet that’s called the Trinity wallet (available on both desktop and mobile OS-es). With the Trinity wallet, it’s easy to keep record and save your seed. The UI is also much better compared to the previous (and now discontinued) official wallet. 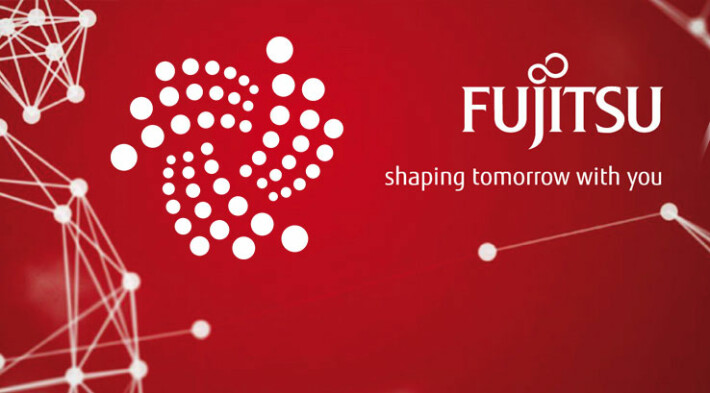 When it comes to partnerships, IOTA can be considered one of the most successful crypto projects. IOTA has big names partnerships such as Volkswagen, BOSCH, Fujitsu, and even the city of Taipei. According to Iotaarchive.com, IOTA has 88 official partners at the present time. While many of these partnerships have not ‘affected’ much of IOTA token price on the crypto market itself, but many IOTA enthusiasts have a lot of faith in the project exactly because of these reasons.

And in regard to the crypto market, IOTA has decent volume, and you can easily find IOTA on many top crypto exchanges. IOTA is available on Binance, Bitfinex, CoinEx, OKEx, Huobi, and many other decent crypto-to-crypto exchanges. However, it might be a bit of a struggle to get decent liquidity when you want to convert your fiat currencies directly to IOTA. The best way to get IOTA at the present time is still to exchange your fiat to BTC or ETH or USDT, and then you buy IOTA with it.

There is no famous crypto project that is trying to penetrate the same market as IOTA. Most other altcoins try to become all-in-one blockchain (or dApps) solution. After the boom of Ethereum and its ICOs in 2017, many newer crypto projects are trying to become the ‘better’ and ‘more scalable’ version of Ethereum. Meanwhile, IOTA has been ‘walking’ alone among top altcoins in its goal to become the de facto currency of machine-to-machine economy. Of course, if we want to look further, there are some smaller projects that try to compete with IOTA directly such as IoTChain or IoTex.

And in the future, it’s possible that IOTA might cross-path with other cryptocurrency projects in different market category. IOTA team has specifically said the Tangle could be used for supply chain industry and thus sooner or later it might compete with the likes of VeChain (VET) or WaltonChain (WTC).

IOTA is one of the top 20 cryptocurrencies by market cap. With big names partnerships and big trading volume (around $3,793,526 USD daily at the time of this article writing), IOTA has a lot to offer to crypto enthusiasts. IOTA has a bright future if the IOTA developers can fulfill their promises about scalability and remove the coordinator in a perfect way.