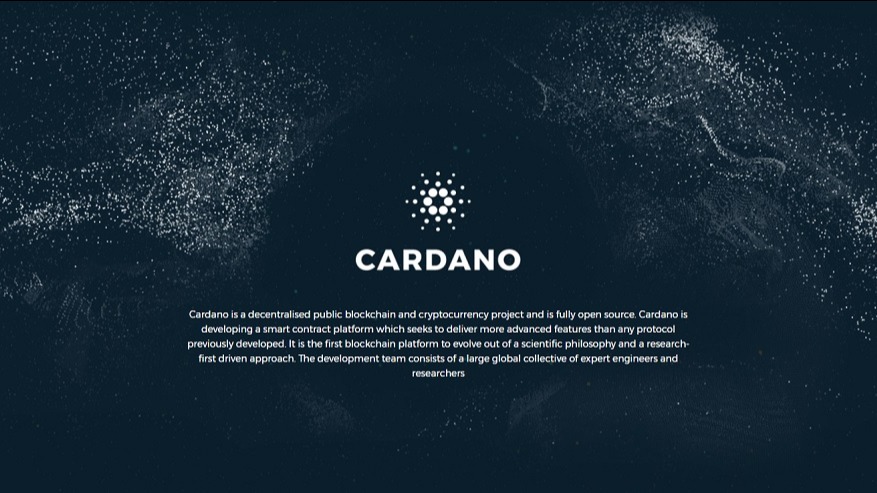 What is Cardano (ADA)? [A Comprehensive Guide to Understanding Cardano]

There’s a phrase or two you’ll often hear in the crypto media: “it’s in its nascent stages”, “crypto is still maturing”, “the market is still growing” - something to the effect of cryptocurrencies and blockchain networks needing time to grow and blossom into a state where use is intuitive, fees and transaction performance brought down to a minimum, and application ubiquitous.

While those kinds of phases are thrown around with careless ease, there are few that deserve the kind of benefit of doubt that a still developing technology can offer - and there are none that deserve this kind of leeway more than Cardano (ADA), a next generation blockchain network built by Ethereum co-founder Charles Hoskinson and Jeremy Wood, both of whom left Ethereum to form his own project that was in line with his own vision for what a network should be like.

Cardano was founded in 2015 by Charles Hoskinson and Jeremy Wood. Considered a “third generation” cryptocurrency, Cardano’s founders were strongly motivated by the desire to build cryptocurrencies better, even stating that it was born out of an “effort to change the way cryptocurrencies are designed and developed.”

Cardano has one particularly strong motivation guiding its development: a strong adherence to scientifically backed academia and peer-reviewed research. In its early days, Cardano eschewed a single whitepaper, instead choosing to adopt a set of design and development principles, best practices and potential ideas. It was from this that the Cardano development team began to form ideas for its Ouroboros Proof-of-Stake consensus algorithm, its smart contract design principles and sidechain philosophies. Even a cursory glance at Cardano’s documentation and the academic papers released offers a clear indication of the emphasis on the academic nature of Cardano’s development.

Cardano ended its ICO on January 1 2017, raising $62 million. There are a total of 45 billion tokens, with nearly 60% made available during the token sale.

Three major organizations oversee the development of the project and its ecosystem: Input Output Hong Kong (IOHK), Emurgo and the Cardano Foundation. Each has their own distinct purpose in the overall Cardano agenda, and are 3 separate entities that have their own leadership.

IOHK is a science and engineering company that is contracted to work on Cardano until 2020. Its primary purpose is to tackle the academic and research side of things, such as looking into the consensus algorithm. IOHK has been given the responsibility of designing Cardano.

The Cardano Foundation, a non-profit entity, is focused on promoting the adoption of Cardano, supervising the development and growth of the ecosystem. It also shapes legislature and commercial standards and ensures stakeholder accountability.

Emurgo, a Japan-based incubator, is a for-profit venture that is boosting the adoption of Cardano and its ecosystem through commercial ventures.

The Purpose of Cardano and the ADA Token

As a third generation cryptocurrency, Cardano is building a smart contract and general use blockchain network that is scalable and interoperable with high performance. The network is being built with the programming language Haskell, which offers several benefits, such as modularity, composability and suitability for production applications.

Cardano can be seen as a potential upgrade to the smart contract and decentralized computing networks we have today - should it manage to all come together. In their own words, it is trying to “provide a vision for what a self-evolving financial stack should look like for jurisdictions that lack them.”

By showing how fundamental changes to the way cryptocurrencies can be designed and decentralized ecosystems operate could have a profound wide-scale impact. This distinct scientifically backed approach to build a decentralized network is intended to become a suitable platform where a variety of use cases can be merged into one single point of access, with these use cases including payments, digital identity management, deed/asset rights management and much more. It is attempting to do what multiple projects are attempting to do separately.

Cardano has already launched its mainnet, which is currently in its Byron phase, and due to enter its much-anticipated Shelley phase at the end of 2019. Although it is well on its way to its next phase, a lot of the network’s control is still under, in keeping with their careful, methodical approach. The Cardano roadmap is quite detailed.

Following the Shelley update, Cardano has 3 more phases to implement: Goguen, Basho and Voltaire, which will bring an Ethereum Virtual Machine, an improvement to the Ouroboros protocol and a self-sustaining treasury model for the network.

Cardano’s primary obstacle, and not so much of an issue, is the fact that what the network is building will take a lot of time to achieve full realization. There has been some relatively isolated discussion about the length of time (but for the most part, Cardano is held in very high regard by most members of the cryptocommunity) it is taking to produce a viable product, but the reliance on scientifically vetted research is offsetting this, as it means a smaller chance for bugs and a better foundation for large-scale use in the future.

There was a fair bit of controversy in late 2018 when Cardano Foundation chairman Michael Parsons resigned, after statements from other members of the Cardano community, as well as Hoskinson himself, that he had been an ineffective leader. Allegations stated in an open letter included claiming that Parsons was trying to concentrate power by failing to replace departing members. He was replaced by Pascal Schmid. Nathan Kaiser is now the chairperson of the Cardano Foundation.

While not so much of an interesting fact, Hoskinson is well known for his frequent, detailed and candid updates on the development of the project and the general course of the cryptocurrency space. He often posts videos on his YouTube channel and conducts AMAs on Reddit.

Several Github trackers have shown that Cardano was once among the most active projects when it came to commits. Among the projects that have been around for longer, it still continues to be one of the more active projects, having made roughly 17,000 commits in the last 12 months, surpassing even Ethereum.

Cardano’s token ADA was named after Ada Lovelace, who is considered to be the world’s first programmer, and was the daughter of the famous poet Lord George Byron. Lovelace was an English mathematician and writer who worked with Charles Babbage’s Analytical Engine. She published the world’s first algorithm. She theorized that machines could be used for more than just making calculations - which, of course, has proven to be true.

Cardano itself was named after Italian physician and mathematician Girolamo Cardano. Indeed, the project as a whole has a fondness for naming major aspects after famous scientists and artists - the various phases of the project are named after Romantic poets.

Cardano has established a handful of solid partnerships with a long term strategy in mind. The project’s most notable partner is with one of South Korea’s largest payments providers, Metaps plus. This will bring ADA to a platform that is present in over 33,000 offline stores.

As a sign of the versatility in the use of its blockchain, Cardano has also teamed up with New Balance to verify the authenticity of sneakers - and the prevention of counterfeit products is one of blockchain’s most discussed applications.

Most recently, Cardano teamed up with COTI to bring merchants an ADA-based payments processing solution. It offers both a QR code Point-of-Sale solution as well as integration into a website. The COTI network is a Directed Acyclic Graph (DAG) based solution for payments, among other things.

Another partnership is with Berlin blockchain venture studio Konfidio, the purpose of which to establish more real world use cases for the Cardano blockchain. This will also involve some awareness campaign on the Cardano blockchain, for which many rue the fact that it has not received the level of recognition that it deserves.

And while on that topic, the Cardano project places an emphasis on educational efforts, having run multiple such initiatives in Africa. Cardano has an intense focus on bringing the benefits of decentralized to the continent.

The comparison of these projects, however, and whether or not they will eat into it each others markets in the future, is not a question that is easily answered. There are so many unknown variables and potential changes in the roadmap and business execution plans of these networks - the cryptocurrency market is in its nascent stages after all - that anything can happen between now and, say, 5 years from now.

Cardano definitely seems to be stepping up its game, having hired multiple executives this year.

Cardano is arguably one of the focused networks being developed at the moment. The academic approach certainly makes it stand out against some projects which are more apt to take a “shoot first, ask questions later” approach to development. The team are well aware that some development decisions, if wrong, may make for more work than less.

Certainly, the Ouroboros protocol is interesting, and the self-sustaining treasury model could support the network in the future. The question of whether or not it can compete with several other projects, which are taking their own approach and providing their own unique solutions to technical obstacles, is one that cannot be answered at the moment.

What we can say about Cardano with certainty is that its steady and unique approach to development makes it one project that’s well worth watching.