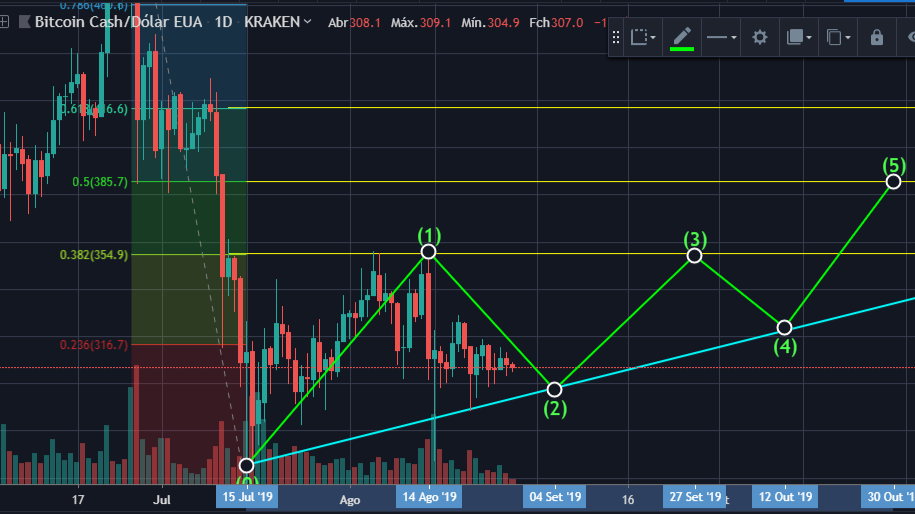 With the BCH hard fork set for November 15, let's look at what it does to the BCH price historically and then move on to a current analysis of what might happen to the BCH price in the coming months. The current value of BCH as of this writing is $ 306.3, following the real time quote: 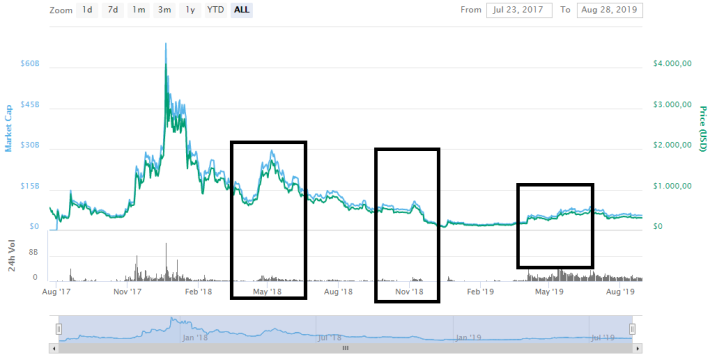 During the periods preceding the Hard Fork it is possible to see a strong appreciation of the currency in relation to the previous month. In May 2018 one can notice the stark difference between March and May, there was an appreciation of 169% in assets, In November 2018, when another Hard Fork took place the 69% appreciation in the value of the currency was noted. This was also the date of birth of another cryptocurrency known as Bitcoin SV (BSV) and between April and May of this year. It is possible to notice a very strong appreciation that reaches the value of 156% also coinciding with the period where another Hard Fork was marked.

With that, we have these events provide a huge appreciation in the currency, with another Hard Fork scheduled for November 15 let's see how the price of BCH is reacting to this news. 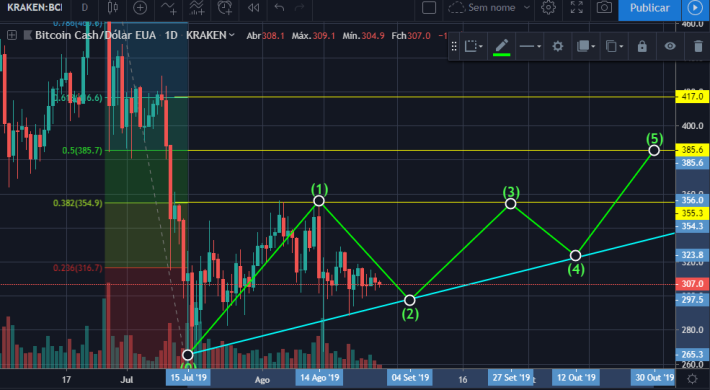 It can be noted that between the period of July 15 and August 15 there was a 33% appreciation taking into account only the high we had, which is already considerable, but did not approach the values observed in previous periods, this may mean While this wave of appreciation is still in its infancy, by fibonacci it is already possible to identify some possible resistance zones in the coming weeks to identify the possible wave spikes the price may reach.

In the short term the RSI shows buy / sell neutrality and the MACD shows a low volume of trading with weak sales predominance.

If this move proposed by the asset is a wave 1 impulse attempt (as reported in the chart) a price possibility would be around $ 480. 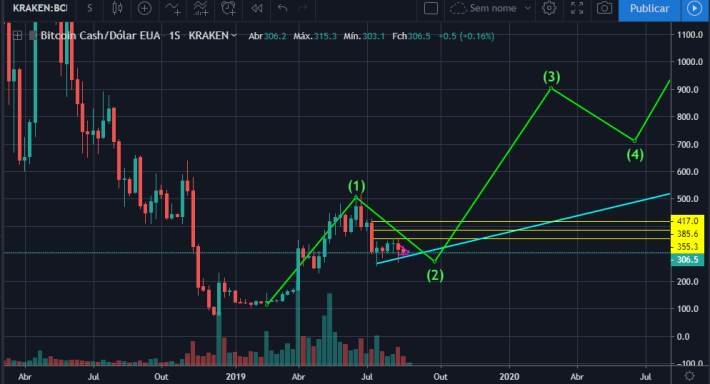 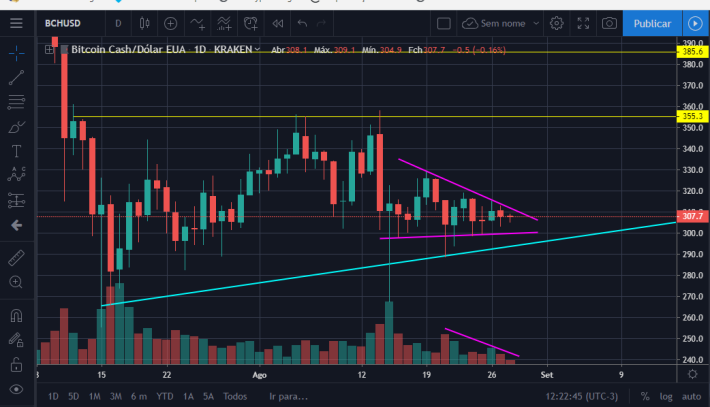 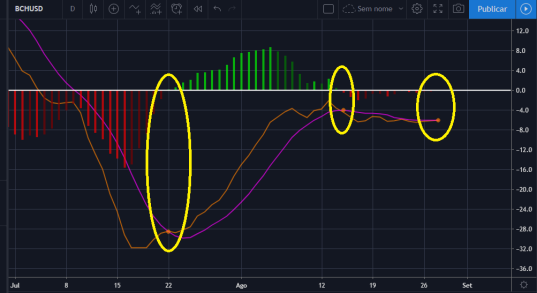 It is possible to identify at the present time the formation of a downward triangle, which can completely nullify the previous bullish theory, by pattern figure this would indicate that a fall in price is to come and that fall would probably offset the previously traced support. This theory is less promising given that the MACD indicator has just crossed the moving averages, showing a possibility of rising in the coming days.