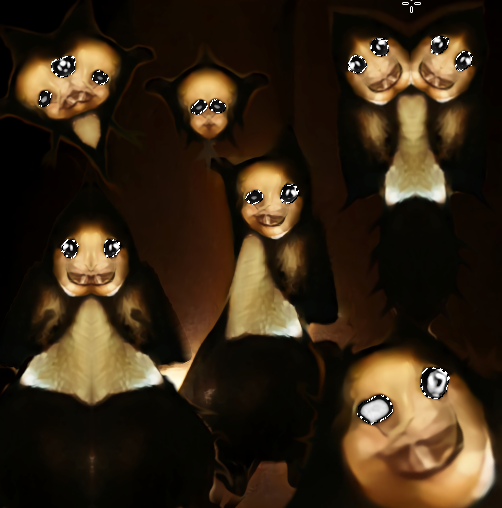 Inspired by an image I found on Ganbreeder, and a song about a house with many doors and a ghost, this was a very fun little project.

Nothing revolutionary in terms of technique (hell, the original Ganbreeder artwork is still in there !), but still very interesting to me :)

First, of course, I tested a couple of Deep Styles, to see how that'd work out...

This was one of the best I could get...:

So... not very interesting, as the whole 'creepy' factor disappears when the style of the image is changed...

So, I went over to GIMP to do some tests.

I started out importing the basic Ganbreeder image, then played around with the Kaleidoscope effect a bit:

Then I had an idea... What if I created several Kaleidoscope versions and "connected" them ? keeping only the significant parts and erasing the rest, combining them over the original image ?

To do that, I used the G'MIC-qt Kaleidoscope function instead of the default one in GIMP, as it gives more options to play with:

I then combined them:

and played with some effects on the 'eyes' of my little monsters, with the goal of creating some kind of visual animation effect:

4. How does one make GIFs in GIMP?

In GIMP, it's pretty easy to make GIF animations, but there are a few particularities to take into account.

A GIF only supports 255 distinct colors.
and given most of us like to work in the full RGB spectrum, this can heavily degrade an otherwise interesting artwork when GIMP tries to export the image as a GIF, and automatically converts the images to the 255 color versions.

To counter this effect, I did some research a few months ago, and discovered that pre-converting the finished images to the 255 Color image type before exporting as a GIF, with Color Dithering enabled helps a lot:

After than, one can reduce the final size of the image using the Filters->Animation->Optimize for GIF option, and that doesn't change the appearance.

As usual, my artwork is released under CC 4.0 BY-NC

I've added the Non-commercial part because I noticed someone trying to pass off my work as theirs in the Kriptomat Minting competition recently, so just to make sure no one tries to tokenize and sell my art without permission in the future. 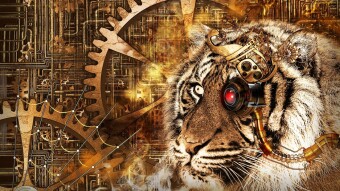 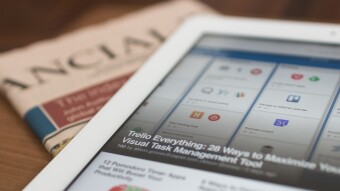 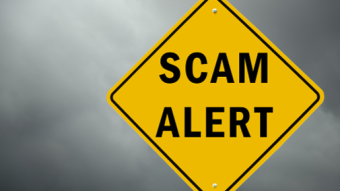 How well are scams handled in the crypto space?