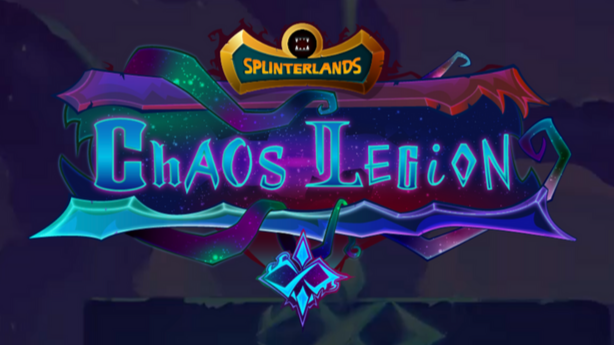 This next Monday is going to be the biggest sales event for Splinterlands so far. After two rounds of presales Chaos Legion ins finally going to be available for general sale. Everybody has his own strategy for Splinterlands, some already bought their packs in the presale, some only buy the individual cards they need off the market, but one of the strategies I hear very often is to buy a ton of Chaos Legion packs in the general sale and then hold them for flipping later on. So in this article I want to take a closer look at the economic side of that strategy and discuss whether this might be a good strategy or not. So what would a pack flipping strategy look like? Well the basic idea is to buy up as many packs as you can, hold on to them until Chaos Legion sells out, wait for the pack price to appreciate and then sell them again for profit. There are two factors that make this strategy especially appealing:

So with these things in mind, it's easy to see that you get these packs for way less than 4$ per pack. You also receive bonus packs if you buy in bulk although you need vouchers to claim them. If you buy 2000 packs you'll get another 400 bonus packs on top of your purchase. At a voucher price of ~2.5$ right now that's still a discount of 37.5% on these additional packs.

With all these boons it looks like flipping Chaos Legion cards is an almost guaranteed success story. Well, I'm not saying there's no way it's going to work out (I believe it will eventually) but I feel like people are ignoring some signs that flipping these packs is not going to work out as well as everybody seems to anticipate. At the height of FOMO last year most of the Splinterlands community was convinced that we'd sell out of packs within 24 hours. This obviously is not completely off the table, but at this point it's very very unlikely in my opinion. So looking at older sets, we'll probably start strong, selling maybe a couple million packs within the first few hours. Afterwards, though, things will slow down considerably before they'll pick up in speed again once we get closer to the edition selling out. How long this is going to take, nobody knows, but it might be a few months. Yabapmatt stated several times that they are aiming at releasing a major edition once a week, so the print run is intended to actually last for a full year.

Obviously, as long as there are still packs for sale directly from Splinterlands flipping these packs is not going to work very well. Because of all the advantages listed above, nobody is going to pay even close to 4$ for a pack on the secondary market. So in order for the flipping strategy to work, packs have to sell out first. This is going to happen eventually, but even then, instant price appreciation is all but guaranteed. Again, this is due to several factors at hand:

The truth is, we simply don't know yet whether 15M packs was a good or bad number. Worst case, pack sales go very slow and it becomes apparent that there were just too many packs printed. This would lead to the next set most likely having a smaller print run again, making Chaos Legion packs less desirable than other editions, even in the long run. At this point, obviously, this is all still speculation. The upcoming land release is also going to increase demand for cards by quite a bit.

Personally, I do think that flipping Chaos Legion packs is a solid strategy and should work out eventually, but nevertheless, I feel like there are more risks involved with it than what people think, it's going to take way longer to realize profits, and these profits will be a lot lower than what people anticipate right now. So personally, I'm not going to buy any Chaos Legion packs to flip and will instead focus on getting additional copies of key cards/stack up on cards in general to prepare for the land expansion.

Whatever you decide to do yourself, keep in mind that it might take some months or even years before you really get to reap in your profits. So if you are okay with locking up your liquidity for quite a while, buying Chaos Legion packs for flipping might be a great idea. If you expect to need it within a few months, though, I'd advise against going for the flipping strategy and rather invest in other parts of the game.