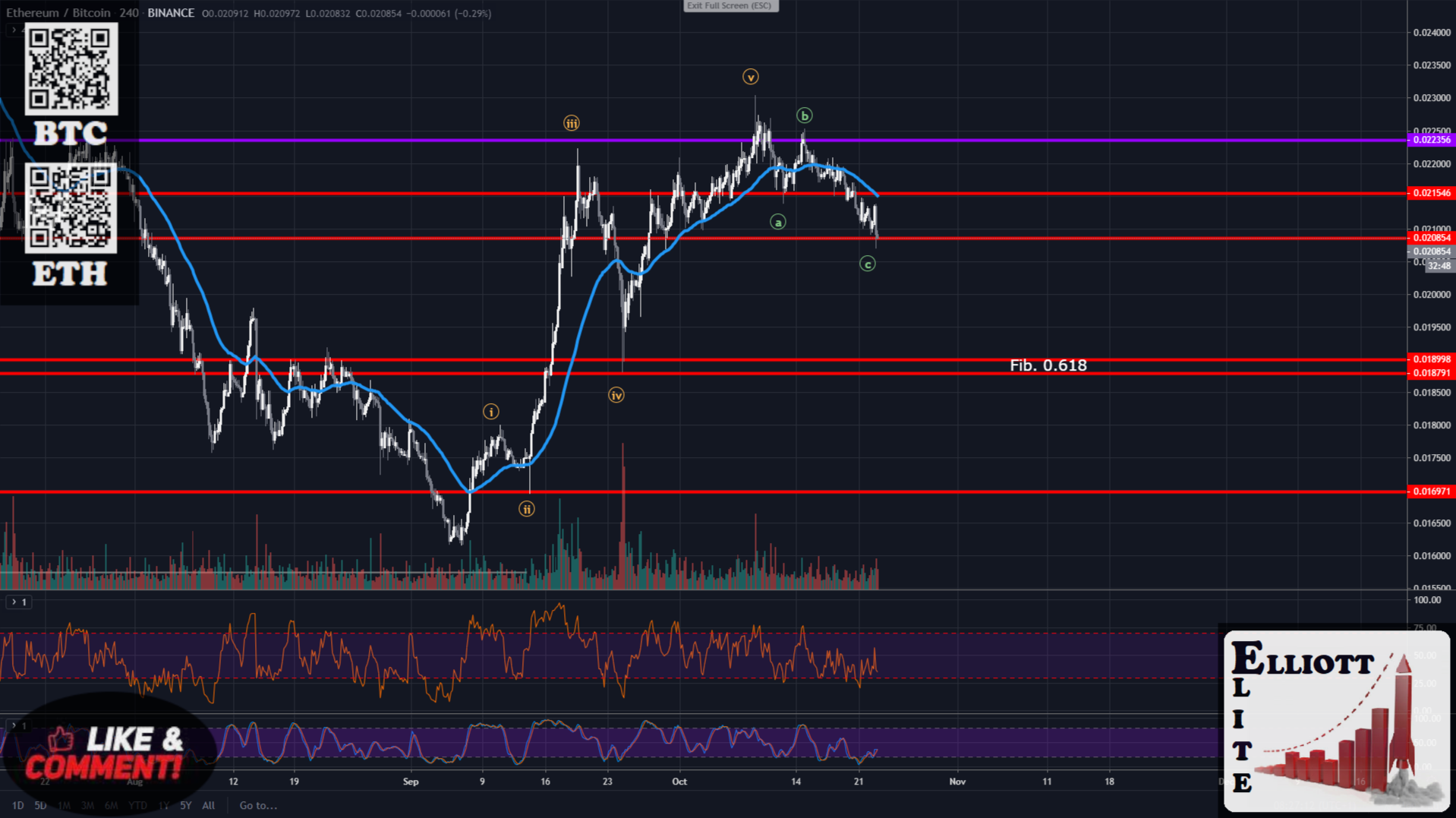 Since the beginning of September ETH has had a nice appreciation against BTC.

-We can see a 5 Wave move to the upside and when the price reached the 22300-23000Sat area (Previous Resistance Zone) the Correction has begun.

-When we measure the relation of Wave C to Wave A and B, it perfectly lines up whit the 1to1 Fib ratio which is also in line whit a possible Support Zone. This could mark the end of the Correction, however, if it's going to be a Complex Correction then we should see further moves to the downside.

-The next Area of interest could be around the end of Wave 4 which is in line with the Fib. 0.618 Retracement Level as well around 19000Sat

We are a Group of traders who are eager to Master the Art of Chart Reading using the Elliott Wave Theory. Come and join us on our journey to Financial Freedom.