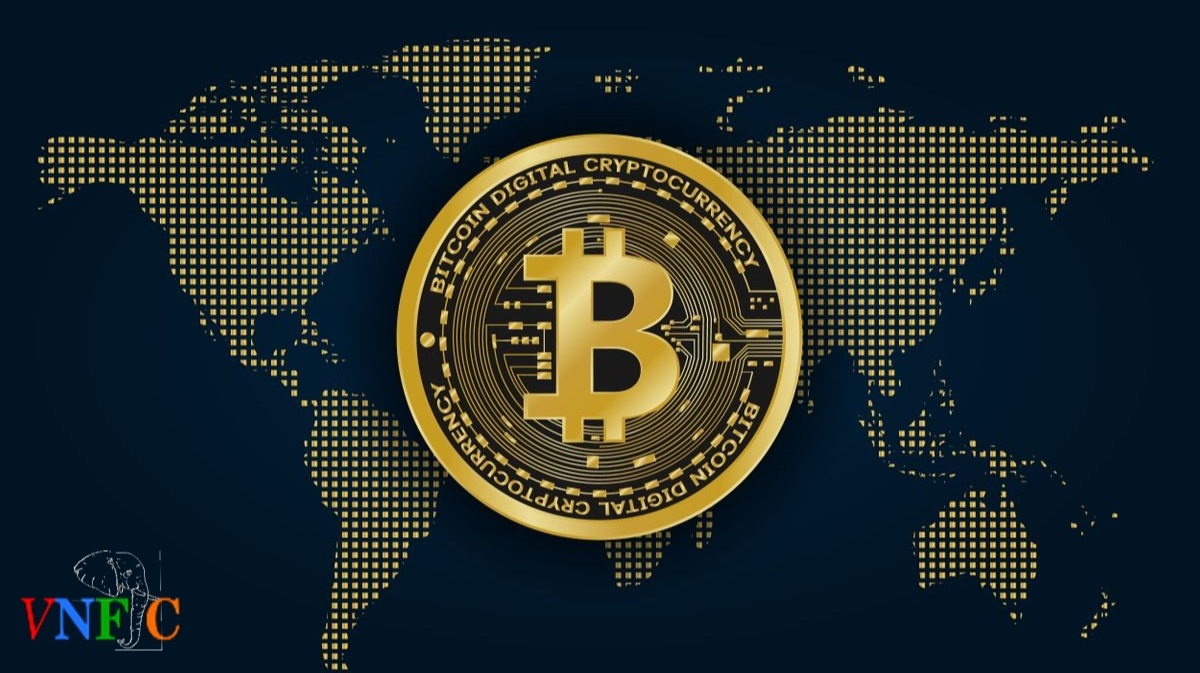 This is huge for BTC: Taproot upgrade approved by all BTC miners - more privacy and Smart Contracts!

Finally, this news is huge and could change completely my and your opinion about Bitcoin! 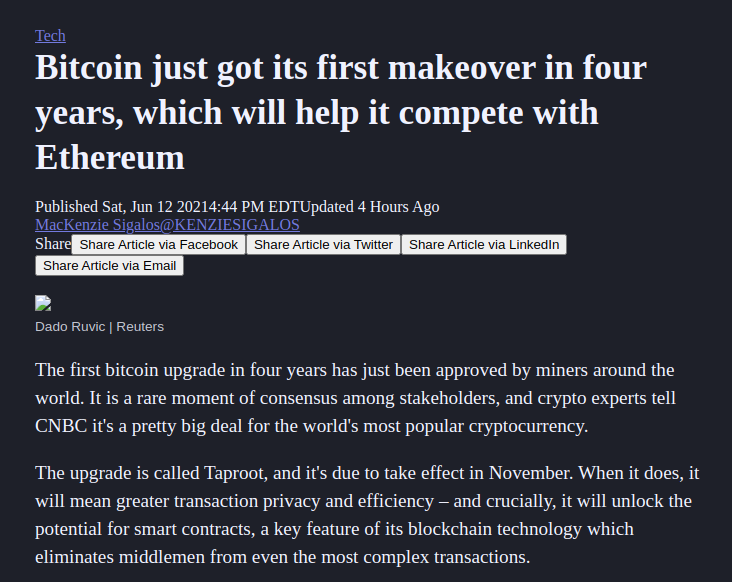 What means an upgrade to Bitcoin Protocol and why is this so important?

Well, there are four main things to put in light:

- an Upgrade needs the support of more than 50% from the total miners (of course, if somebody has a miner affiliated to some pool, like Antpool, Slush Pool, Poolin, etc - will be only a spectator, because the voting rights are used by the pool), so, if a big majority agrees with this, it means a huge support for this update

- is the first important upgrade since 2017, when the update was adopted after heavy fights, but now we have almost a total consensus

"Unlike bitcoin’s 2017 upgrade – referred to as the “last civil war” because of the contentious ideological divide separating adherents – Taproot has near universal support, in part because these changes are fairly incremental improvements to the code." 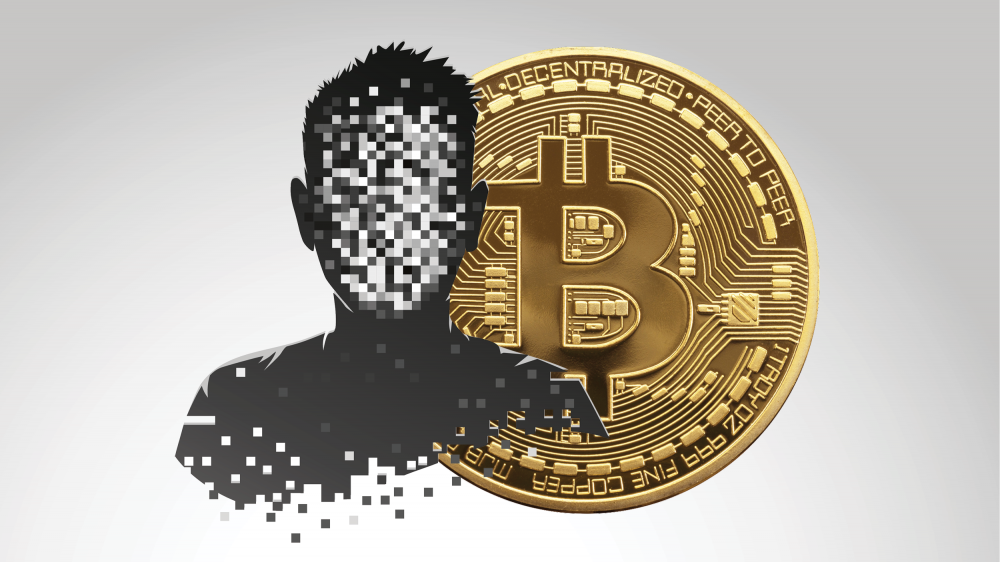 - we will have more privacy for transactions, but the most important thing: Smart Contracts reshaped!

"These souped-up signatures are also a game changer for smart contracts, which are self-executing agreements that live on the blockchain. Smart contracts can theoretically be used for practically any kind of transaction, from paying your rent each month, to registering your vehicle.

Taproot makes smart contracts cheaper and smaller, in terms of the space they take up on the blockchain. Killeen says that this enhanced functionality and efficiency presents “mind blowing potential.” 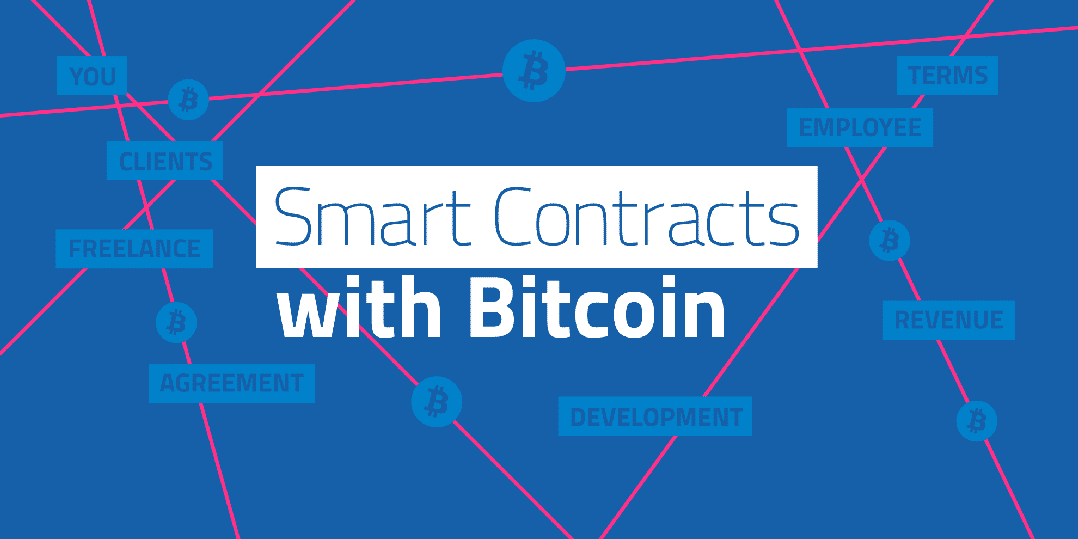 “Lightning transactions can be fractions of a penny...while a bitcoin transaction at the core protocol layer can be much more expensive than that,” explained Killeen.

Developers have already begun to build on Lightning, in anticipation of the upgrade, which will allow for highly specific contracts.

- as a sort of result from the previous fact, the blocks will be more efficient, the data transaction size will decrease to lower the fees and increase the speed of execution

“The most important thing for Taproot is...smart contracts,” said Fred Thiel, CEO of cryptocurrency mining specialist Marathon Digital Holdings. “It’s already the primary driver of innovation on the ethereum network. Smart contracts essentially give you the opportunity to really build applications and businesses on the blockchain.” 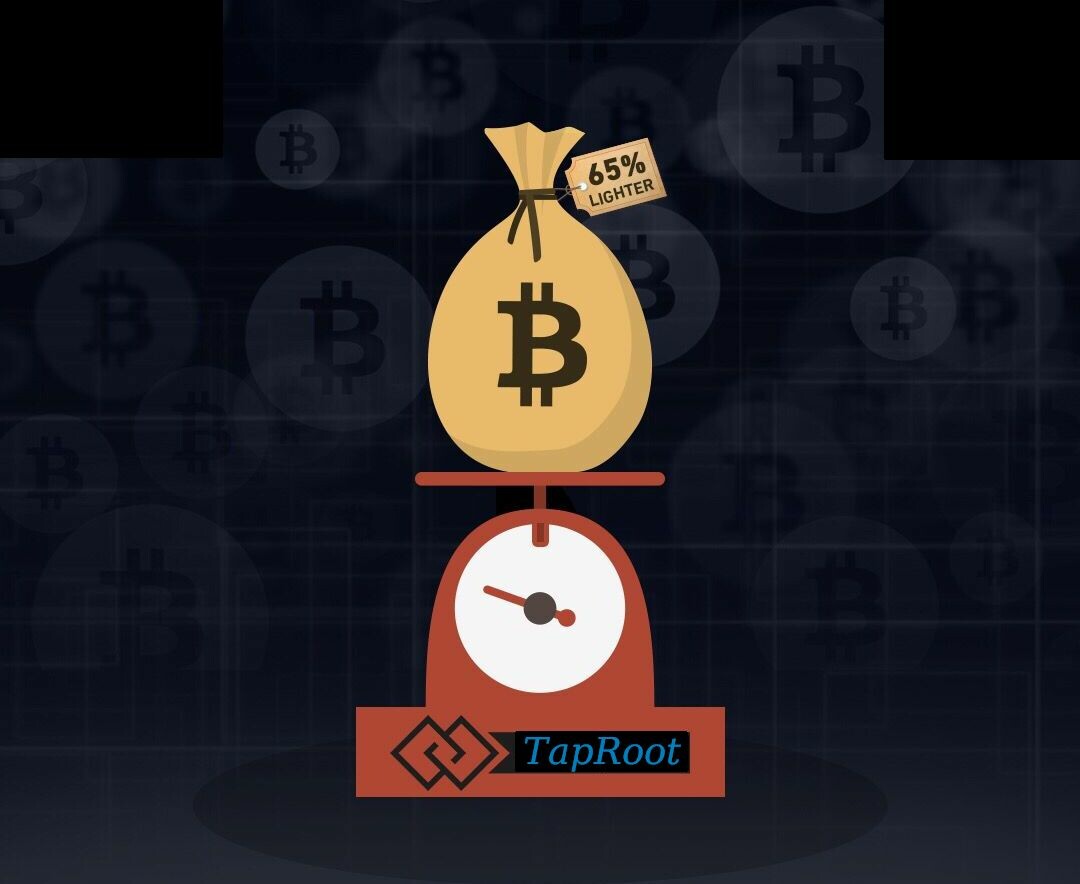 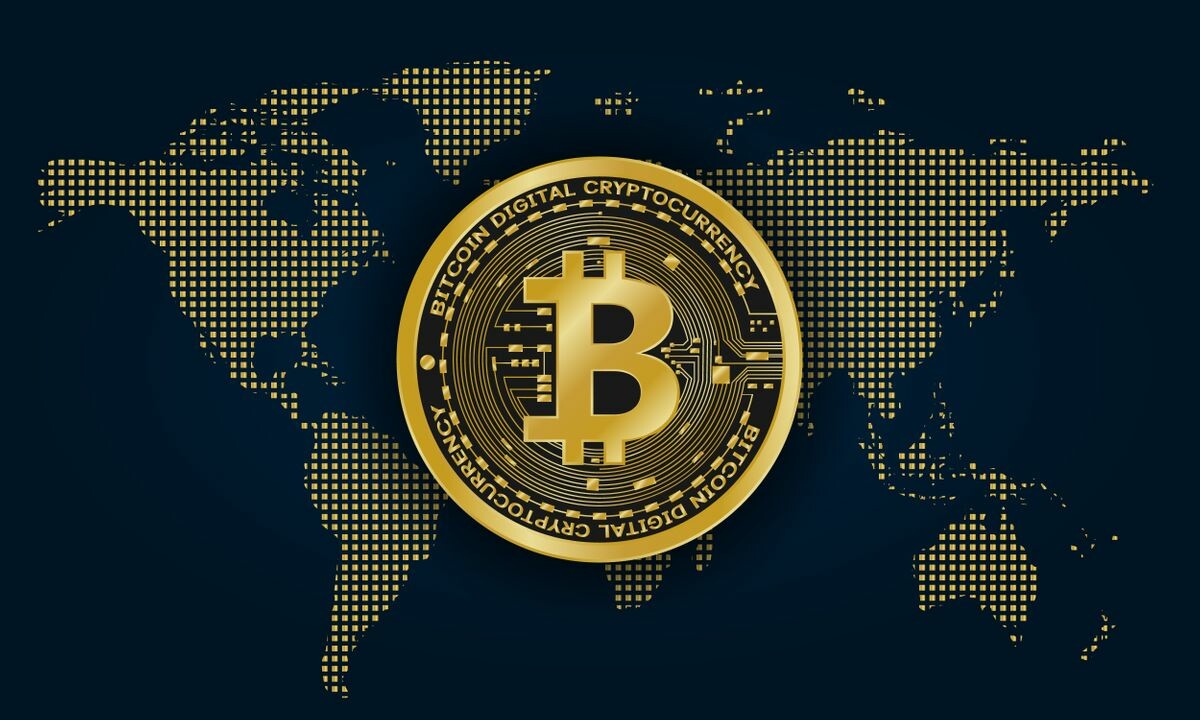 We (almost) all know about Lightning Network and what it's main goal is:

Of course, the race for Smart Contract's slices has begun and more and more developers will try to poach as much as will can. I recently saw something about offline transactions, maybe something similar with Layer 2 or Plasma Network for Ethereum: Fast Kitten (https://www.usenix.org/system/files/sec19fall_das_prepub.pdf).

"FASTKITTEN leverages the power of trusted computing environments (TEEs), in which contracts are run off-chain

to enable efficient contract execution at low cost. We formally

when all but one party are malicious. Finally, we report on

a prototype implementation which supports arbitrary contracts through a scripting engine, and evaluate performance

through benchmarking a provably fair online poker game. Our

implementation illustrates that FASTKITTEN is practical for

Combining these features, FASTKITTEN is the first truly practical framework for complex smart contract execution over

Complex Smart Contracts on Bitcoin! You need to remeber what it's important for BTC: it is moving and evolving!

I thought we will be trapped in the same model from now on until the last block before the last day before the final halving, but it seems I was wrong and I am very happy with this. In fact, wrong is a too tough word, I was misinformed about what BTC developers are preparing to.

All that bull market, Tesla in, Tesla out, more and more big players coming and speaking about crypto, made me and a big part of the public, especially the new ones, be distracted from the technical part and concentrated on the financial one, related to trading, pumping, investing and why not, farming. By the way, how are the meme coins doing and the most part of NFT's? It doesn't matter. I just told you few weeks ago. 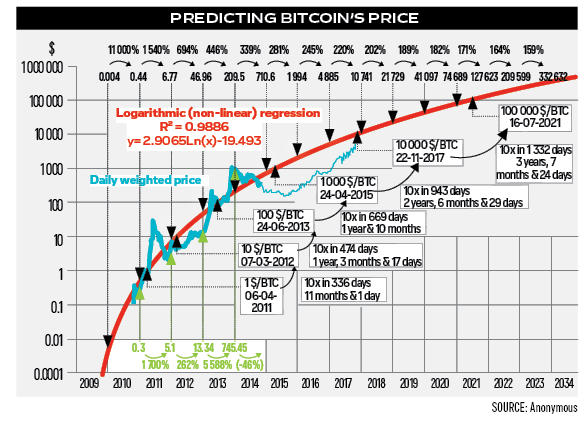 So, it is no doubt we will have a long way to go now on Bitcoin's ladder to Mars (Moon is already passed for BTC) and I think we will go even further on a medium-long term.

As a (again) recently announced info: 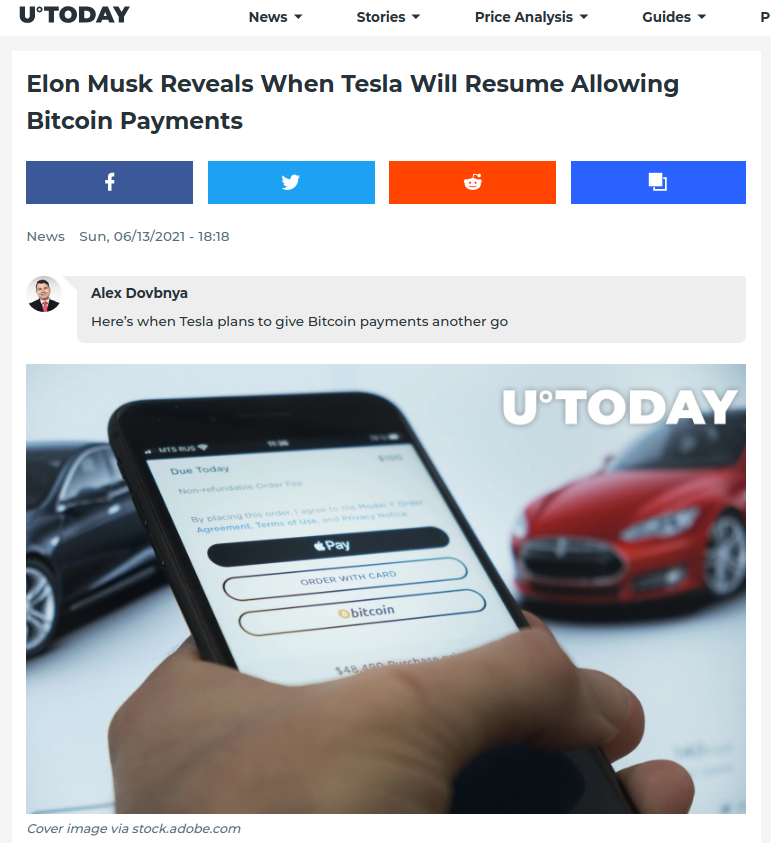 What should I say more? Tesla is a big player in crypto now, and until this market is not regulated, they can do whatever they like: feeding with FOMO, then FUD, then FOMO again and so on.

As a matter of fact, Bitcoin will remain the king for a quite period until maybe something really, really unprecedently revolutionary will come and take it's place.

Until then, keep at least 25% in BTC and a similar part in ETH.