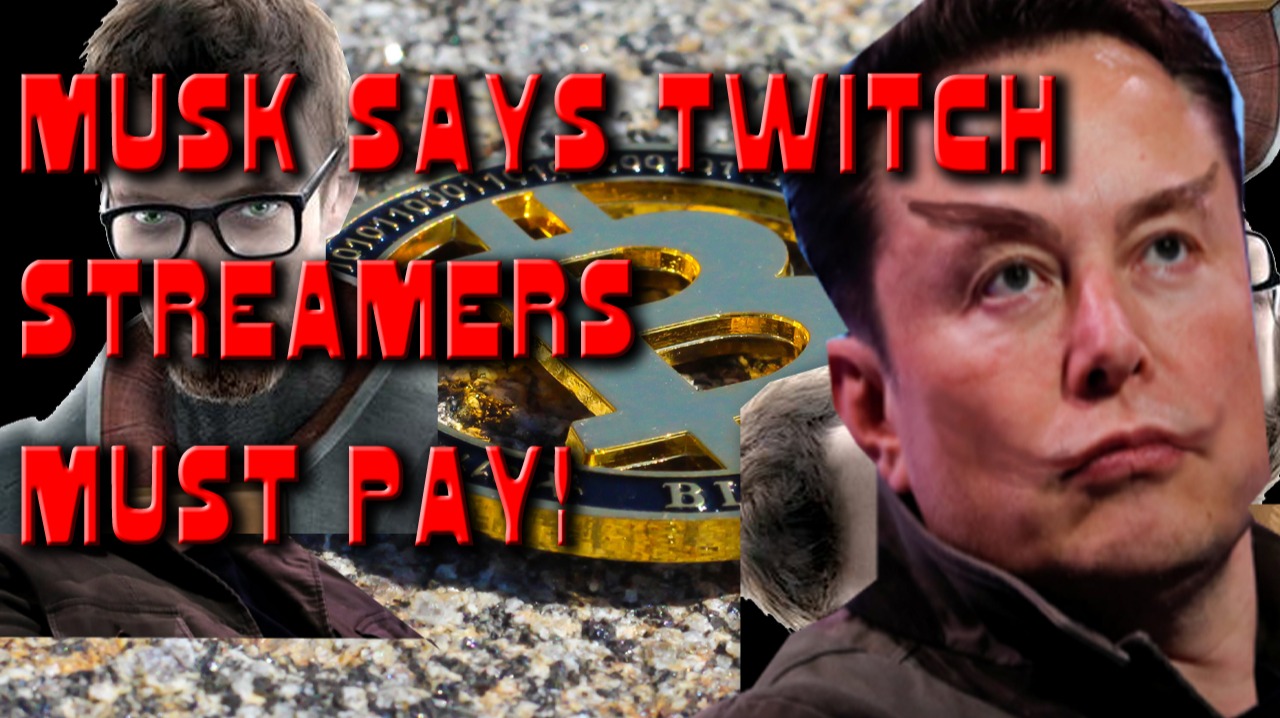 As many may have heard... and likely even more felt... Tuesday, May 12 Elon Musk showed public evil-twin-like sudden recognition that it costs money to turn a computer on.

The following is a cautionary tale of what happens when one man with too many people encouraging him throughout his life when asked (what would YOU like to be when YOU grow up?) suddenly realizes that he has magical powers when he writes just a few words in correct sequence, and because it SO must be so, you can be certain that it isn't.

As a result, either his allegiance to a wicked and corrupt organization, his desperate ties to carbon credits via Tesla, his unquestionable use of super-climate-friendly freakin' rocket fuel, or a myriad of other sins, Elon suddenly realized the most elite would prefer he not, in fact, allow Bitcoin as payment for his lithium power sucker wheeled devices.

Someone apparently thought that meant we should all sell our Bitcoins, do it now, and do not stop until the price is all the way down to $46,000 at which point a double bounce could occur- who knows?

Mad with power, a maniacal out of control Musk took to town on a tirade of blasphemous tears into every industry, computer chip, power outlet and kitchen mixer device.

"We must all burn the cities to the ground until nothing remains but Uber drivers in Tesla's and delivery customers! Down with the washers and dryers. Off with heads of the users of trash compactors! We must never end until the ideals of California... everywhere but Sili-conman Valley are exploited to all ends and human beings learn to live without methane or breathing!"

After failing to launch his exclusive Tesla brand of life-saving 'Breathless Covid Masks', which were the only 100% safe and effective masks guaranteed to stop the transmission of COVID-19, oddly highly criticized for causing 100% death in test subjects (patent pending investigation), Musk realized that you must take every failure and turn it into victory!

"We must go after the actual source of emissions, and unfortunately for you, that means humans under the yearly earning of $10,000,000. You do not contribute enough to society to warrant the amount of polluting emissions you generate!"

But, this did not meet well with prospective Tesla buyers, and the waiting list for first condo on Mars dropped by 93.274%. He dodged left again until he found a willing niche.

The truth is out.

The real culprit here is not Bitcoin, but rather the serious PC Gamer.

Yes, it is true. Deep within the bellies of basements everywhere lies the sore nemesis of the global mad genius elite. The video gamer, sworn to intensity, fancy mice and back-lit keyboards, demand more GPU electricity consumption and more powerful internet connections than any other user. Since the incentive to stay at home has adversely encouraged kids to quit school, drop out of college and play their favorite games online, the best way to shut their wives and mothers up was to get a new career... on Twitch! And so the central wicked wombat of climate change was finally uncovered.

Elon Musk followed a now-famous tweet about "blahblahblah Tesla... blahblahblah just discovered climate change is a thing... yadda yadda yadda... didn't realize Bitcoin mining rigs cost $4K per gpu AND had to be plugged in... duyd-d-duyduy therefore we don't wanna take payments in Bitcoin until I take over the planet's energy sources" with an even more troubling rant.

The new Elon rant was released via a series of tweets that read as follows, but also likely never occurred:

"So... yeah... mah bad. Bitcoin is mostly getting used everywhere were there is a darn good reason for the lower cost of energy, negating the logic behind mining being such a bad thing. By the way, who wants ice cream and Doge coin payments for Tesla's??? YAYAYAYAY!!! Hold on, kids want me to order pizza... I'm back. Uh, so yeah sorry Mr. Notyourmoto Sakatoshi or whatever... I'm a mathey aspergers guy, not all that great with names, I got a little confused by this awesome movie from Al Gore and now I remember about rocket fuel and my totally rad Doge mining rig, and the real challenge to climate change is the vlogging video gamer. Until we have squeezed every last dime of carbon out of the profits of Twitch and the ilk they encourage, I will not rest! I am furthermore challenging the leaders of the free world to spread this message far and wide; I am giving away 1 Bitcoin to every person who successfully destroys a known Twitch streamer's gaming rig and can provide the police report to correspond."

This reporter was stunned to find absolutely zero corresponding tweets to further spread the fury and baseless awe of such a stupified outcry. If it weren't true, we'd all know it! This cannot be discredited by fact checkers and has been passed on to fact chess instead. Took... your... queen.

On that note, a delirious, unrelenting fighter for the underdog(e), trader among traders, HODLer of hope, Crypto Gordon Freeman... out.