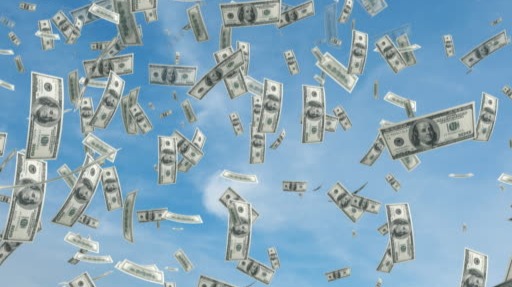 Splinterlands is cooling down, with the price of the cards going down a bit, but the price of their airdropped token, SPS, slightly up. Cool! Some extra altcoins to boost my staking, and of course some passive income tokens on HIVE (BRO, UTOPIS, DHEDGE, you get the idea, i made a crazy plan, to get 1% of their total, and it is achievalble until end of the year, I will write about this in few days). Checked the numbers, funny enough, MOBOX , CubDEFI airdrop and Pegaxy have the biggest profit (88% ROI per month), out of all my projects, without including Splinterlands, as I can do the math now, to the last dollar, $1385 in March, with some money being tied to their soon-to-come Land NFTs. Polkamon (rebranded Polychain monsters) is a second choice, with 5.88% ROI per month. Want to see the numbers? Check bellow: Hive blog and Hive portfolio and layer2 blogs (Leofinance, SPT, UTOPIS, LENM, LBI, BRO, POB, DHEDGE, ARCHONM) - basically I got 132$ in HIVE, quite a bit LEO on my delegated tokens (I estimate at least 300 Leo from delegations this month) and some layer 2 dust made by various other tokens. About Splinterlands blockchain game, I will speak about the airdrop later in this post.

Pegaxy - $299 renting out 6 Pegaxy NFT, after i bought another 2 to add to my previous 4, and this game was awesome at start, but now things are slowing down. The BTC staying low did not help either.

I discovered an interesting blockchain game in making, called ChifiBots. The game theory is intriguing, but funny, and you can find more about it on their Discord. There is a IndieGoGo campaign at the moment, where you can buy some packs with a serious discount in pre-sale. The potential is there for you to use it.

I add to this contests on Twitter and other places, with $20 in WSta on Publish0x and 820 USDC from SuperUMAns DAO.

I am also quite active on Discord, assisting the UMA and ACROSS teams, check them in there if you want to learn a bit more, and if you like to spot hidden gems long before they become well known. (This is one of my well guarded secrets) Splinterlands remains the only blockchain game that I am actively playing right now, with Pegaxy and Polychain Monsters used as passive income. I bought a land and 200K LEVEL in order to receive airdrops in the PsyberX game when it will launch, and a big 1000$ package with loads of packs and other bonuses in Chifibots, which will also launch soon, from the IndieGoGo campaign, trying to get them before going mainstream. Still working on Hive Passive Income Portfolio also, aiming to own 1% of the total volume for BROFI, DHEDGE, INDEX, UTOPIS and BXT.

Simple strategy for April: Polycub Airdrop will be divided into XPolycub (50%) and buying back the CAKE invested in CUB for airdrop (50%). Mobox rewards will become BNB or ETH, depending where I need to add funds to manage the fees, and Pegaxy rewards will also be used to buy a NFT every 2 weeks, with the rest being used to buy more CAKE. Vouchers and SPS on Hive will be used to buy 1UP, and the Tron rewards from Wink and TRX staking will be used to stake even more Tron. Other than that, I have to recover some of my TLM investments in Alien Worlds, with a big staking reward to be paid in the next 2 days. On other blockchains, I would like to buy more KCS, VOL, LOOKS and CRO, if possible.

...get the higher rewards for your investments  using  Blockfi,  Hodlnaut  and Celsius.network. Get ETH while writing on Publish0x blog, using  Presearch search engine to maximize your income with PRE tokens. Check my Lbry.tv channel in here and use Torum instead of Twitter . I am also writing on Read.cash.