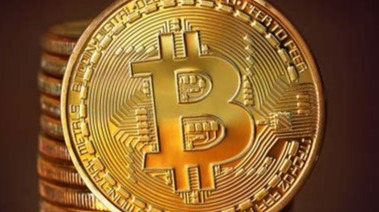 Bitcoin and the others

To Ethereum released first on July 30, 2015 and for many is considered the future of digital currencies. It is not just a digital currency but a public blockchain application platform with transaction programming function.

In very simple words, we can design a trading system. That is, to create our own foreign exchange value, our own currency.

Through a protocol called smart contract , we have the ability to make and manage our own digital money. Also blockchain technology, allows to create the programming language Solidity various wide range of applications .

As we understand this is a project whose full potential has not yet been discovered because it is not easily understood even by its creator. It is noteworthy, however, that Microsoft has integrated Ethereum into the Windows platform .

To Litecoin was created in 2011 and is a altcoin . That is, it is technically similar to its creator, Bitcoin .

The purpose of its development by Charles Lee, a former Google engineer, was to become an improved version of Bitcoin . Their main differences are:

As we have mentioned, for inflation reasons a production slowdown sequence has been designed for most digital currencies and this production will end in a predetermined stock. The final stock of Litecoins will be 84,000,000 and Bitcoin 21,000,000.

The Ripple could describe two properties as a payment protocol as a digital currency called XPR.

It was created in 2012 and belongs to the non-mineable digital currencies, which means that its architecture does not support mining as a way of confirming transactions. Instead it uses a consensus algorithm among the members of the network, without consuming huge amounts of electricity as happens in mining.

Its reserve will reach 100,000,000,000 XPRs and a percentage of it will be distributed by the above method from Ripple Labs Inc. It should also be noted that it also supports trading in precious metals, such as gold, but also fiat currencies .

The Dash , former Darkcoin, is a digital currency that was launched in January 2014 and places emphasis on privacy and the security of transactions.

It is the 6th most popular so far based on the market cap, the market capitalization mentioned above, and one of its units is equivalent to $ 8.14. For encryption, it uses the X11 algorithm and transactions are done through Masternodes servers with the Darksend coin-mixing service.

Practically, what this service does is "mix" one person's virtual money with the rest in order to confuse their traces that lead to the original source.

The total stock of DASHs that will be produced will reach 22,000,000 coins. And for mining, it applies a custom difficulty algorithm called Dark Gravity Wave (DGW) that uses a formula controlled by Moore 's law .

Another fairly popular altcoin is Dogecoin . Created in December 2013 by developer Billy Markus for fun, based on the well-known Doge Meme . But he became so popular that he developed his own community.

Its technology is similar to Litecoin, except that Dogecoin processes the block 1.5 minutes faster. While in the beginning during the solution of the block random numbers from coins were distributed, this later changed.

In March 2014, a new deceleration algorithm was introduced that made mining with conventional CPUs and GPUs unprofitable.

Cryptos are the future