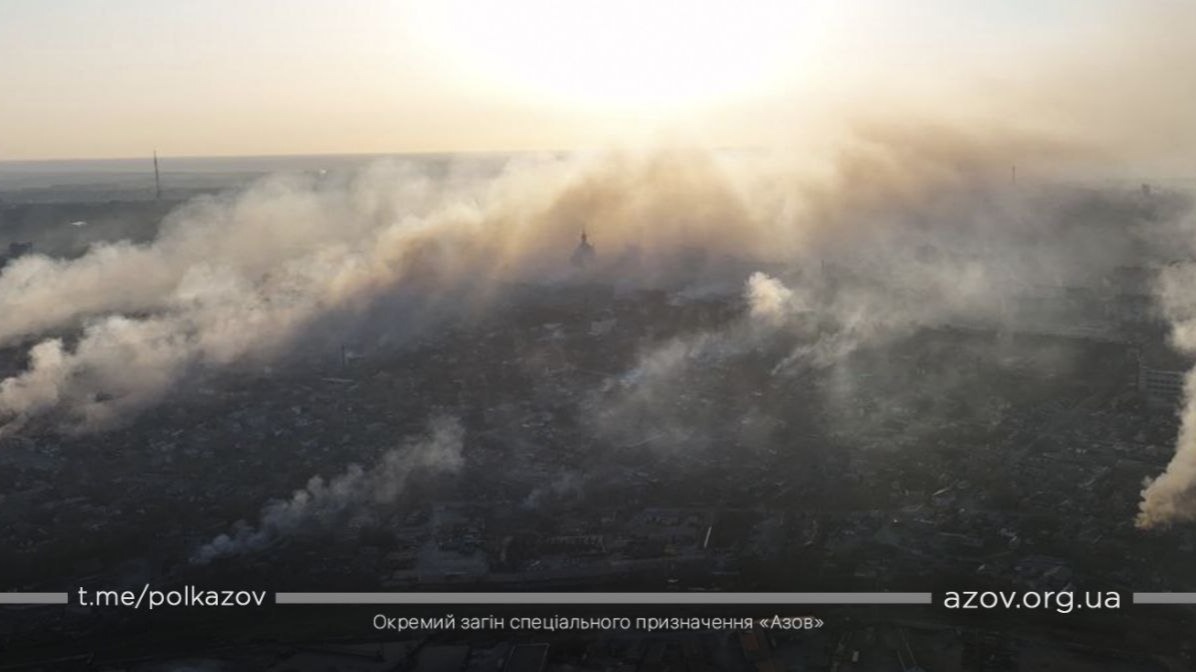 Mariupol needs to be unblocked!

Mariupol - the city which is on the headlines of all major news.

The city which suffered the most from russian aggression. The city where russians conducted genocide. Mariupol needs to be unblocked,

Defenders of the city continue to fight for Ukrainian Mariupol!

Here is the video which explains the situation. (You might need to do some additional clicks on youtube to watch it, as it has some age-restricted content)

Here is also a text from Azov Mariupol telegram channel:

Today the whole world has been watching Putin's bloody crimes in Ukraine for a month. The world observes how crimes against humanity are committed. The world observes the defense of Mariupol, where every day is a day of death, a day of heroic struggle of our military against the superior forces of the enemy, where there’s a struggle between good and evil, light and darkness. Even in the full surrounding, the AZOV destroyed 4 APCs and other equipment, infantry, and took the prisoner and saved his health and life. I remind everyone - we fight according to the rules of war and if the enemy raises his hands and lays down his arms he will be considered a prisoner of war.

I appeal to the West, which with its policy of appeasing the aggressor, allowed this massacre in Ukraine. At the same time, one of the most motivated units in our country, the AZOV Regiment, was branded fascists and Nazis for Russian money. So therefore we got banned from getting weapons and training with NATO instructors, our social networks got blocked and there’s more. Despite this, now the world is watching the struggle of the AZOV regiment led by the Hero of Ukraine, Major Denis Prokopenko, and the soldiers of the regiment show the wonders of professionalism and heroism. The real fascists weren’t the fighters of the AZOV Regiment, but the Russian leadership and the Russian military, who had the audacity to call the war in Ukraine a “special denazification operation”. The truth was told by Winston Churchill: the fascists of the future will call themselves anti-fascists. That's exactly how it happened.

The chaotic and destructive shelling of Mariupol from land, air and sea doesn’t stop not even for a moment. The Russian military violates all the rules of war, fighting primarily with the civilian population of Ukraine, destroying everything possible. Because for 8 years many paid these bastards and continued to do business with barbarians who used this money to make bombs that today wipe out the middle of Europe from the face of the earth. Russians are using heavy bombs, which lead to incredible destruction. Intelligence is increasingly reporting on Russia's use of chemical weapons, as they have done in Syria. These barbarians capture ordinary people and under duress take them to Russia, where they confiscate documents and send them to work in the northern and eastern regions of the aggressor country. Doesn't it resemble the concentration camps of Hitler's Germany or the gulags of the Stalinist regime?

The occupiers fell so low in their actions that they seized the church where the locals were hiding and are fighting from there. They’re cowardly bastards, not the second army in the world. We continue to defend. Mariupol is Ukraine!!!