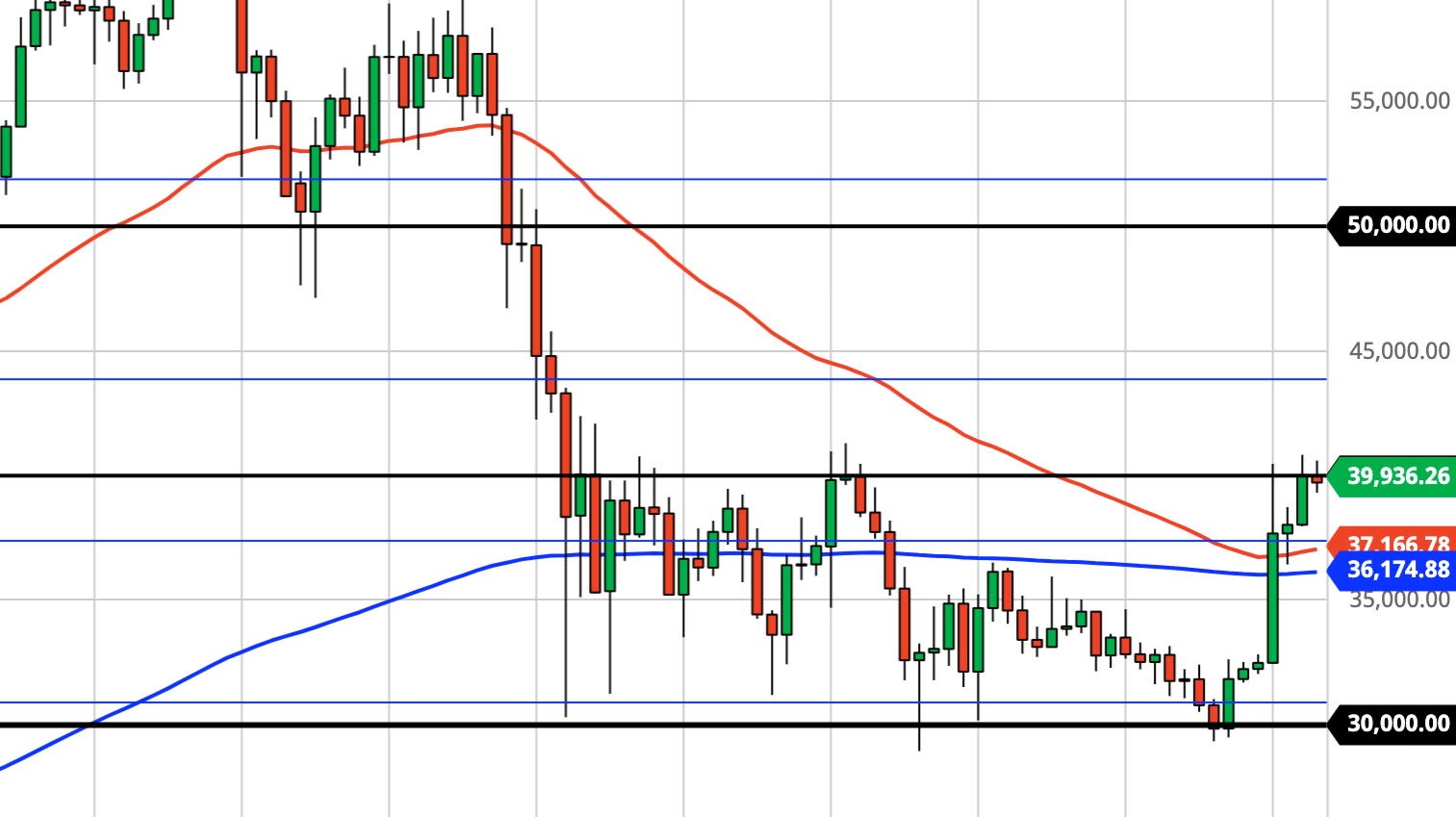 Bitcoin fell a hair on Thursday, trading right around the $40K level before closing the daily candle just underneath, giving us a quiet sideways Thursday candle. Following the early-week breakout higher, BTC could take a few days or even a couple weeks to digest the gains before continuing to higher highs. 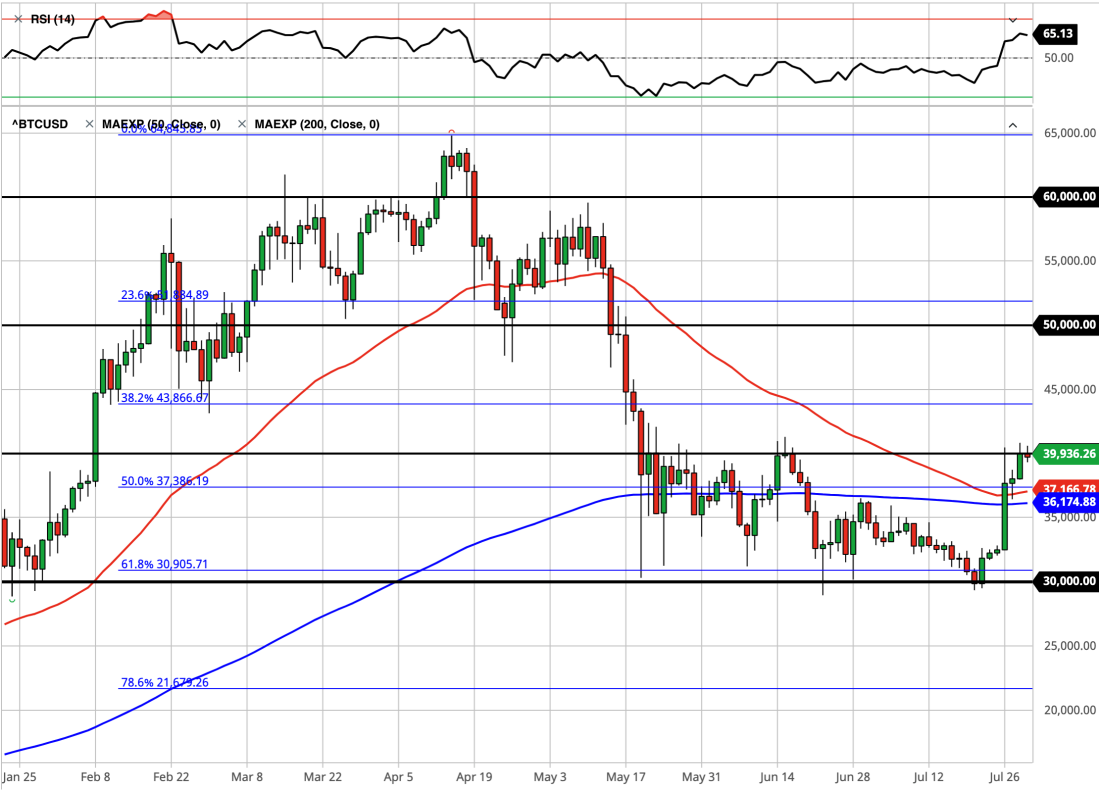 With Bitcoin making a bullish divergence earlier this week, breaking above both the 200 and 50 Day EMAs, Bitcoin is back in a technical uptrend on the daily chart. This is very bullish, and if BTC breaks above $40K, it should run up fairly easily to $45K - $50K as there's not much resistance between the $10K levels. With fundamentals remaining unchanged and ever-more bullish and sentiment turning from fear to BTD, Bitcoin is pointing to a bullish breakout in the near-term future.

If BTC breaks above $40K, look for an impulsive move to $45K and then $50K. Once we're back above $50K, most will be buying the dip and the FOMO will start to return as we near the ATH around $65K.

If BTC breaks below $30K with an impulsive candle, then we'll probably see a swift drop to the low $20Ks where we should see a flurry of buyers step in to BTFD. If BTC breaks above the 50 Day EMA around $37K right now, this would be extremely bullish and give us a bullish divergence. With rapidly declining EMAs, that's much more within reach now—roughly a $5K jump from here.

I continue to add on dips, especially near major support ($30K) and lower support (78.6% fib around $21K). Given all the bullish fundamentals and technicals developing and coming to light on a weekly basis in crypto and Bitcoin, there is no reason to believe we're about to enter a multi-year bear market. As a matter of fact, if you were wishing for cheap Bitcoin to get in when it was at $65K, now's your chance.

BTFD. Fundamentals have not changed. Daily and even weekly charts will show relatively large corrections; this is standard bull market behavior. Now that another altseason has been spectacularly squashed, this sets us up for another Bitcoin leg up to new highs. By nearly every measure, we are nowhere near a top; in fact, we are maybe halfway through this bull market. What do you do during bull markets? Buy. The. Dip. 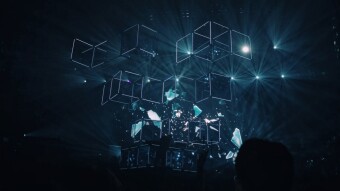