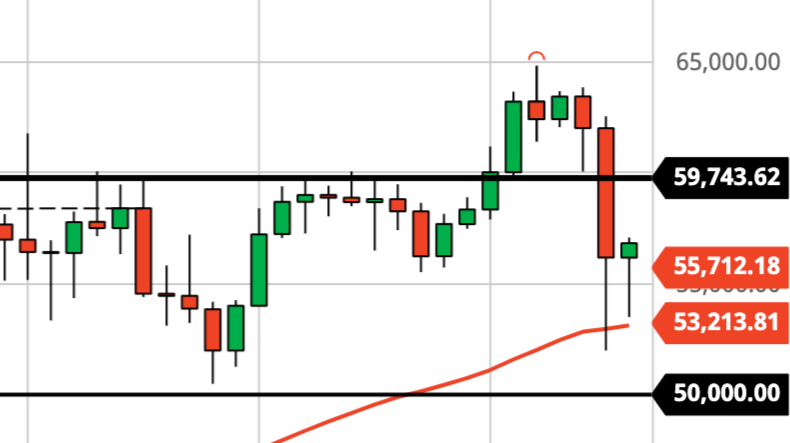 Bitcoin recovered a bit on Tuesday, initially falling back to the 50 Day EMA just above $53K where Bitcoin bounced strongly again to close the day on a high note just under $56K. This is a bullish hammer candle indicating buyers underneath and a strong close to the day, showing Bitcoiners' willingness to buy dips, especially near support. 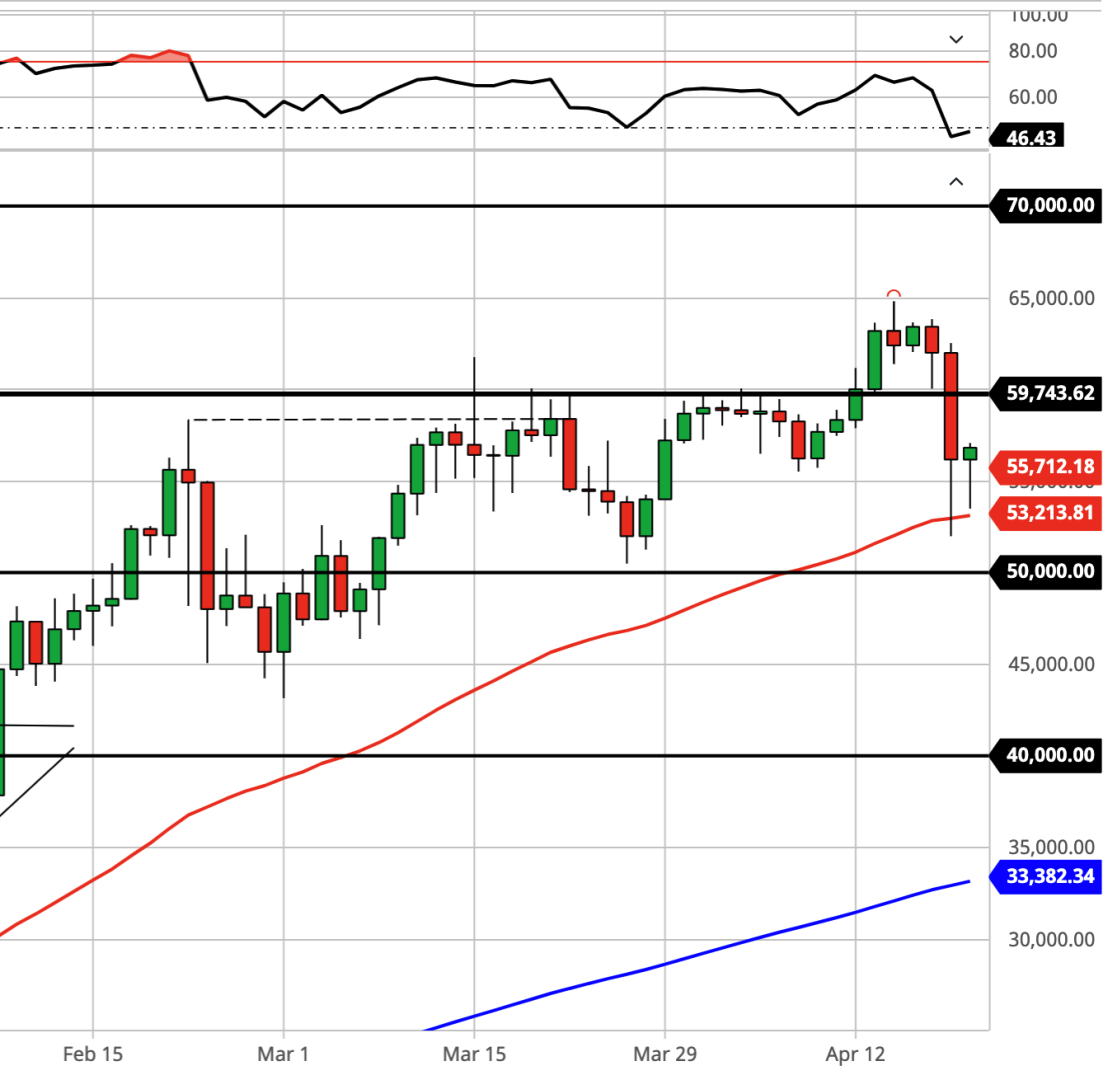 Following another overleveraged liquidation over the low volume weekend session, Bitcoin continues to bounce off support around the 50 Day EMA level which has been a critical support level and a reliable buying zone during this and previous bull markets. As long as Bitcoin continues to hold this level, we should see a continued grind higher, which we started to see flashes of later in the day today.

This is at least our third 20%+ Bitcoin correction in this bull market, so what happens from here should be no surprise if you've been here for more than a couple months. As long as BTC stays above the 50 Day EMA, currently around $52K, then we should continue to see a grind higher at least. If BTC breaks back above $60 and holds, then we should see a rally to $65K again and then $70K.

Bitcoin's RSI dipped a bit more to 46 though remained mostly flat. This should be viewed as excellent opportunity to buy Bitcoin in an RSI buy-zone.

If Bitcoin continues its ascent as we anticipate, $60K is the immediate target followed by the current ATH at $65K and then $70K. Bitcoin is now moving in $10K ranges so resistance around $70K and then consolidation between $60K and $70K makes sense before another run up. We could, of course, get a white swan event per the looming supply crisis or a major company or bank adding Bitcoin to its balance sheet and propel us up to $80K. There's really no telling what's going to happen except that Bitcoin's going up, so why try to bet against it?

Once Bitcoin starts moving, which if history is any indication of what's to come over the next few months, Bitcoin could see a massive run up to $80K, $90K, or even $100K by the end of summer. We're coming out of a historically sideways period on the Bitcoin calendar, so as more money continues to pile into crypto, Bitcoin should be the primary benefactor, and crypto HODLers only make up a small percentage of the global population.