Happy Birthday Ethereum: 5 Years In and the Future of ETH 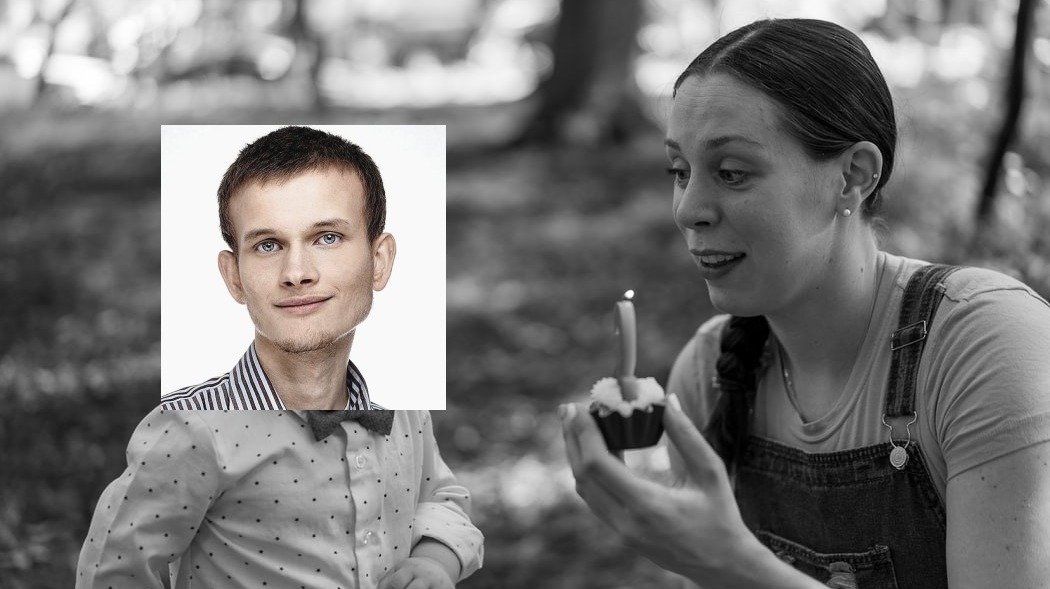 Happy Birthday Ethereum: 5 Years In and the Future of ETH

Ethereum has come a long way in the past five years. To mark its anniversary lets will take a look at what the network has been through, and what could be in store for it in the next half-decade.

The genesis block on the Ethereum blockchain was mined on July 30, 2015 — five years ago today. Back then, things were very different and the world of crypto was largely limited to a handful of tech geeks with garages full of mining rigs and grand ideas about changing the future of finance. 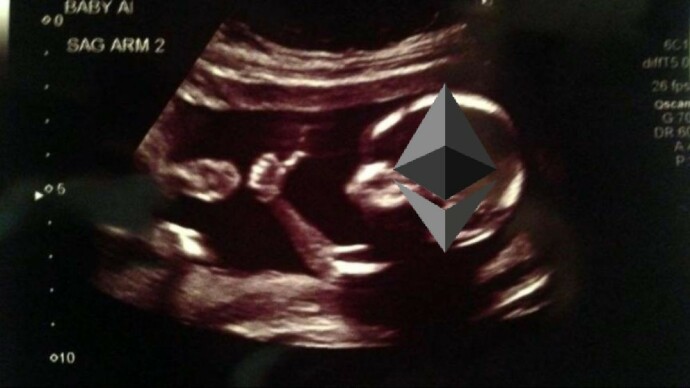 A young Russian-Canadian programmer named Vitaly Dmitriyevich ‘Vitalik’ Buterin saw the need to move on from digital cash to a platform that could operate as more than just a payment system. He was one of the founding members of the Ethereum Foundation which was formed in July of 2014.

A crowdsourcing campaign was launched in July and August of 2014 where participants were sold Ethereum tokens called ether, or ETH, to get its vision off the ground. The ICO price for one ETH at the time was $0.31.

Over $18 million was raised and the first live release of Ethereum, known as Frontier, was launched five years ago today following the Olympic testnet earlier that year.

Homesteading and the DAO Hack

By March of 2016, Ethereum was leaving the relatively basic Frontier Phase and entering into the Homestead Phase.

Homestead was the first ‘stable’ Ethereum release which occurred at block 1,150,000. This safer version of the network was able to deploy more complex smart contracts and create Decentralized Anonymous Organizations (DAOs).

‘The DAO’ in question that year was a specific organization created on the Ethereum blockchain by a venture team from a German company that enabled the sharing of possessions. The DAO raised over $150 million during its crowd sale phase, and this made it a big target for attackers.

Flawed code allowed users of the smart contracts to withdraw more ETH than they had put in. This ‘recursive call’ exploit resulted in the loss of 3.6 million ETH, worth around $70 million at the time.  It should be noted that this was not an Ethereum bug, but an error in the code that was running on the network.

The DAO contained roughly 15% of all ETH at the time, so an extreme measure was needed to remedy the losses. A highly contentious hard fork was eventually adopted to roll back the attack and replace the stolen ETH. The original fork continued to operate on the base blockchain and became Ethereum Classic (ETC). 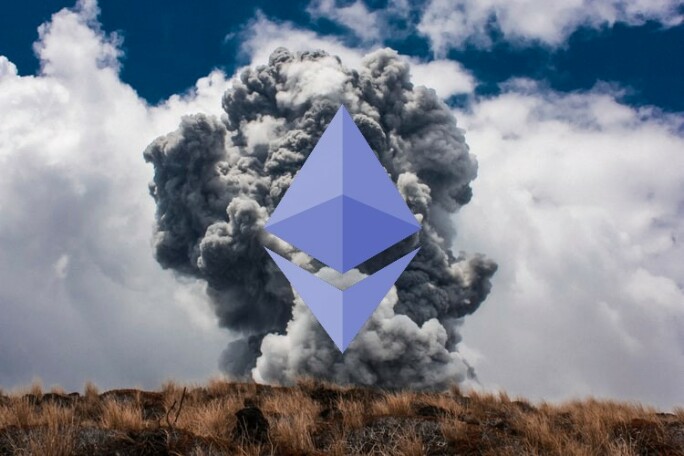 Upgrades Before the Big Boom

Two upgrades to the Ethereum network occurred in the year that followed, Tangerine Whistle and Spurious Dragon.

The former was a hard fork in October 2016 that increased the gas prices of certain operations to make them reflect their actual computational complexity and limit the likelihood of denial of service (DoS) attacks.

The latter hard fork occurred a month later and further hardened the network against attacks by removing empty accounts from the blockchain in order to streamline it.

In mid-2017 the ICO market started to take off and Ethereum prices were exponentiated. In January 2017, one ETH could be bought for less than $10. Six months later it had skyrocketed to $400, and things were only just starting to heat up.

By October, Ethereum had left the Homestead Phase and entered the first stage of the Metropolis Phase, called Byzantium. This major network upgrade included some big improvements such as the introduction of zkSNARKs, delaying the difficulty bomb, transaction status receipts, and smart contract upgrades.

Crypto FOMO was at full pace and Ethereum prices shot to an all-time high of around $1,400 by the first week of January 2018.

For the year of 2017, Ethereum was one of the best-performing assets on the planet, gaining over 8,500% during the year. The network experienced its first demand crush in December when the CryptoKitties blockchain game went viral and caused the network to ground to a snail’s pace.

In 2018, as Ethereum prices collapsed along with the ICO market which came under heavy regulatory pressure. Despite the price crash, development continued and Constantinople ushered in more upgrades in late-February 2018.

This time it was the Ethereum Virtual Machine (EVM) and smart contract verification to get tweaked in addition to some preliminary modifications for off-chain scaling solutions. Ethereum prices had dumped to an 18-month low of $85 by mid-December in its first real bear market.

Work under the hood continued into 2019 while prices regained triple-digit valuations but remained lethargic. The Istanbul upgrade in December of that year ushered in more security tweaks in preparation for layer-2 scaling. There was also another difficulty bomb adjustment and mining reward reduction shortly after. 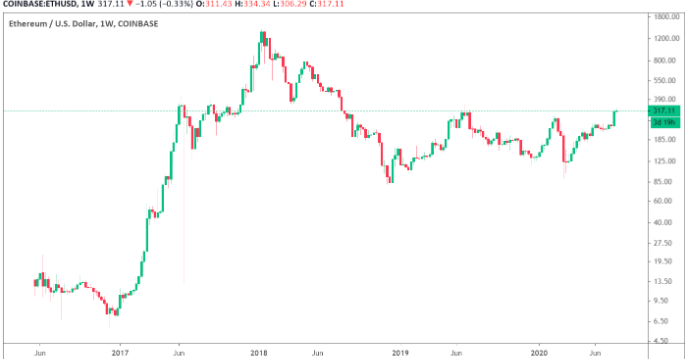 Current State of The Network

In 2020, five years after it was first launched, all focus has been on the next stage in the upgrade roadmap — Serenity.

Ethereum has largely been a victim of its own success with massive demands on the network, primarily from a burgeoning DeFi sector that has been driving up gas prices.

Serenity will eventually bring in those long-awaited scaling solutions for ETH 2.0. However, the first ‘Phase 0,’ called Beacon Chain, will bring about a change of consensus mechanism to proof-of-stake and a whole new monetary ecosystem. 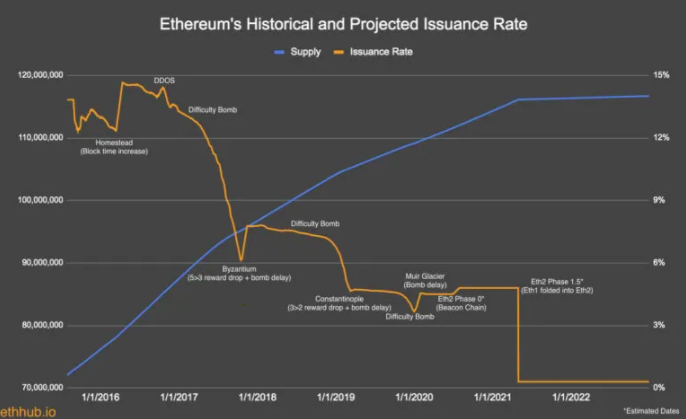 Following repeated delays, and much to the chagrin of the crypto community, Phase 0 testing began in April. The final public testnet, dubbed ‘Medalla,’ will be launched in early August.

This has renewed hopes that ETH 2.0 will go live on the mainnet by the end of 2020, heralding in a brand new era for the world’s most popular smart contract and decentralized application platform.

According to the ‘Ethereum by Numbers’ report from blockchain solutions firm ConsenSys, and a number of other sources, the current statistics for the Ethereum network are impressive and include:

Ethereum Into the Future

For a platform that is just five years old, Ethereum has come a long way. The launch of ETH 2.0 is critical to the future of the network, as it must scale before it can be fully adopted.

In a recent interview, co-founder Vitalik Buterin said that he is excited about mass adoption and application of Ethereum over the next five years, adding that he envisions a world “Where Ethereum is something that is just a regular part of people’s lives in a lot of different communities and a lot of different contexts,”

The next year or so is likely to see an explosion of Layer-2 solutions that will operate alongside Ethereum until Phase 1 is finally rolled out. This should allow crypto gaming to evolve alongside it, and network fees to fall back to acceptable levels.

In the longer term, Ethereum is hopeful to evolve into an entire financial ecosystem through staking, with institutional players coming on board to take advantage of earning opportunities. If large quantities of ETH are bought up in preparation for staking, a supply shock could well drive prices much higher than the $300 they’re at today.

Ethereum is likely to play a pivotal role in the inevitable paradigm shift that must be made in order for the global economy to survive. In its current state, the world of traditional finance badly needs a savior.

What do you think we will see in the next five years with Ethereum? I'm very interested to see what your thoughts are! If you liked this content, consider tipping and and following me to keep up with my content.

Also, If you are interested in trading, I would suggest you try out BeInCrypto's free Telegram chat. I am there and it is growing very quickly (over 5,600 members) where they discuss the market and share interesting content. They also have a free premium channel where they have a cryptocurrency trading course and daily trading signals. If you are interested, you can click here.