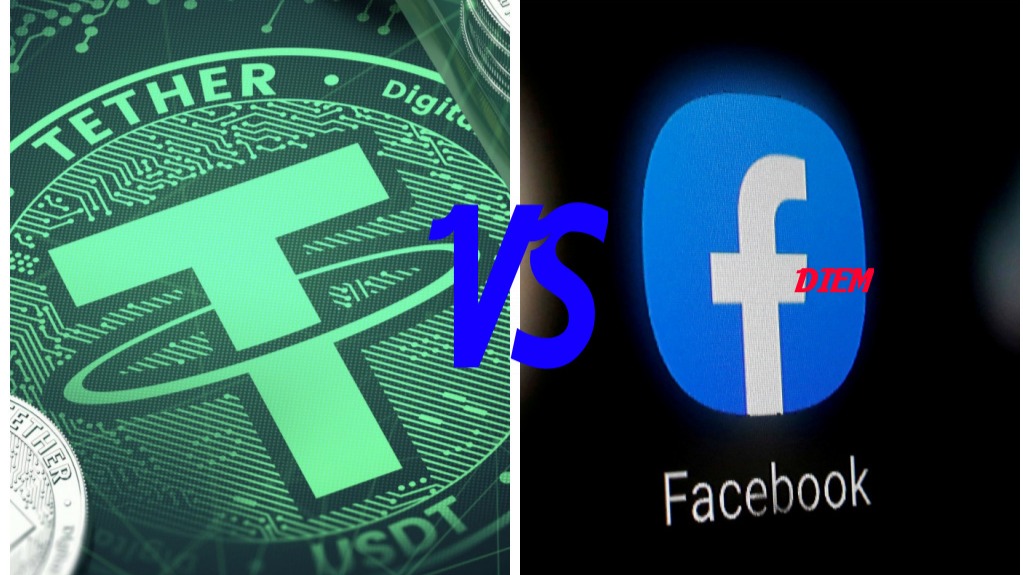 Currently, stablecoin Tether is the fourth most traded cryptocurrency in the world calling attention to its performance.

To give you an idea even the american government to use to carry out financial transactions. This is due to the fact that the USDT is backed by the American dollar, which has a certain stability in global financial markets. that is, if you want security, convert your assets to dollars.

In this sense, the USDT, which is not yet fully centralized by governments, stands out with an easier movement and that has almost no fees.

This crypto has been calling so much attention that even on Facebook, it is already interested in launching its own crypto with characteristics very similar to those of USDT. This would be called DIEM.

The big question is is it possible for DIEM to debunk the USDT over time?

We all know the worldwide reach of this social network called Facebook, now it remains to be seen whether users would buy the idea, since for many like the cryptocurrency market it is something very unknown.

Blog with the objective to talk of criptocurrency and related.