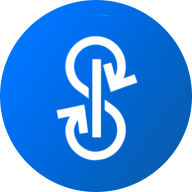 With the Federal Reserve raising interest rates by 0.75 percentage points for the second consecutive time in an effort to contain runaway inflation, Bitcoin, in line with all markets, responded in a positive manner. Despite the 75 BPS rise, market pa...

Thinking it too late to buy Bitcoin? How about earning Bitcoin through daily spinning? Try Fold App here and start your Bitcoin earning journey with a free $2 to start! A Defi strategist is a person to invents a new way to beat the market 👨‍💼.   Ho...

Did you know you can earn crypto through Honeygain now? Jumptask has partnered with Honeygain to boost your passive income! You can earn more than a 50% bonus through crypto! Check out here for the announcement and join here to earn your $5!   Secu...

What is the difference between APR, APY, and ROI? How does that work in Yearn Finance?   Let’s explore. Table of Content APR vs. APY ROI APR vs. APY vs. ROI In Conclusion   APR vs. APY      APR is a profit associated with costs. It is a lending ter...

What is the Yearn vault? How is that different from the bank vault?   Let’s explore.     Table of Content Bank Vault Yearn Vault yVault In Conclusion   Bank Vault      A vault is a secure place to store valuable goods. Vault is particularly strong...

I thought i'd go through the book and write notes, including how the books material applies to Yearn, to help encourage conversation as we do the book review and to help those without the time to red. How can Yearn act with a sense of radical abundan...

Innovating for the future of Yearn

Lets say we've got unlimited financial resources and we've got time on our hand - what would we do? Obviously we'd go on more chains and do more vaults/strategies. But what else could we do? The blue pill directs us to look at our inner voice and thi...

Crypto Comics - What is Yearn Finance

The Defi Era of Spineless Drifters Like Andre Cronje is Over

The experimentation era of defi is officially over. With the completely shit exit of the child Andre Cronje and his cronies from the defi space come April, I am officially learning my own lesson about trusting personalities in this space. I say it al...