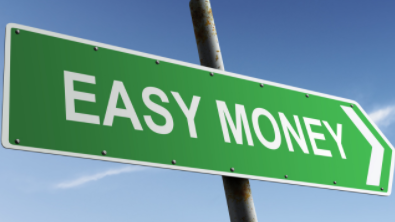 Sunday. For the football lovers is a "easy money" day as I say. Everyone is trying to earn more or less without risk and without sweat.

I picked some games for today that looks easy to me. Hope we all earn some easy money.

Villareal to win is my pick. Villareal is having a hard time this season. Some injuries keeps them on 7th place with only 5 points away from 6th place which give them the tickets for the European League next season. They still in the Europa League and next game will be with Dinamo Zagreb in 3 weeks time. Until then they have 2 games in La Liga they need to win. Cadiz a small team with good results this season but they are pretty safe in the middle of the league table. They are 6 points from the relegation and for them home team are more important and for sure more important are the games with the bottom league teams.

Atletico Madrid to win. As we know Atl. Madrid lost both games with Chelsea and they are out of Champions League and now the La Liga title is the one and only target for them for the rest of the season. They are in 1st place and winning this game will give them 6 points ahead of Real Madrid which is the second placed. Also no injuries in the squad and the home games are crucial for this time of the season. On the other side Alaves is on the relegation spot. Very hard for them to keep pace with the other teams. Also 5 players missing from the squad due to injuries or yellow/red cards accumulated.

Gent to win. Disappointing season for Gent. Fighting in the middle of the League table but very close to qualify for the play-offs. They need each point to be sure for a place in European competitions next year. Only two missing players but they have a great squad and good young players. Cercle Brugge again is fighting for survival in Jupiler League. Four players missing and last 5 games in the competition are very hard.

Dinamo Zagreb to win. The awesome game against Tottenham in Europe League shows how powerful Dinamo is. They are placed in 2nd with 1 point behind and 2 games less than  1st place Osijek. Needed a win to be sure they will win the Championship and will participate next year in Champions League qualifications. No players missing and they have a lot of confidence after an extraordinary game and qualification in Europe League. Gorica is placed 3rd in the League and seems like the will finish there. To away from the 2nd and 4th place. Also they scored 14 goals less than Dinamo and they have 1 game more. They had a good season and fulfill the expectations. 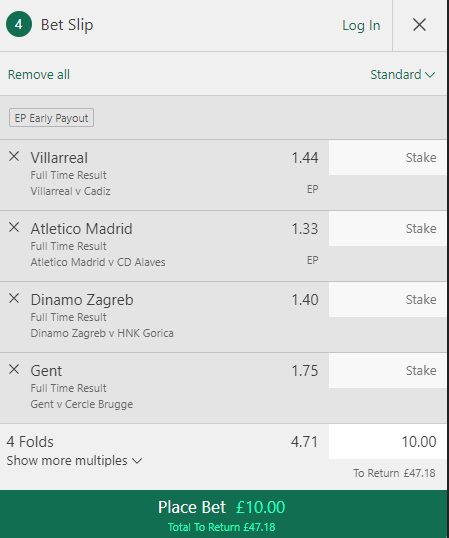 Hope this accumulator to be a good bonus for the week ahead.

Gamble responsibly and do not take my words as a financial advise.

The one and only.