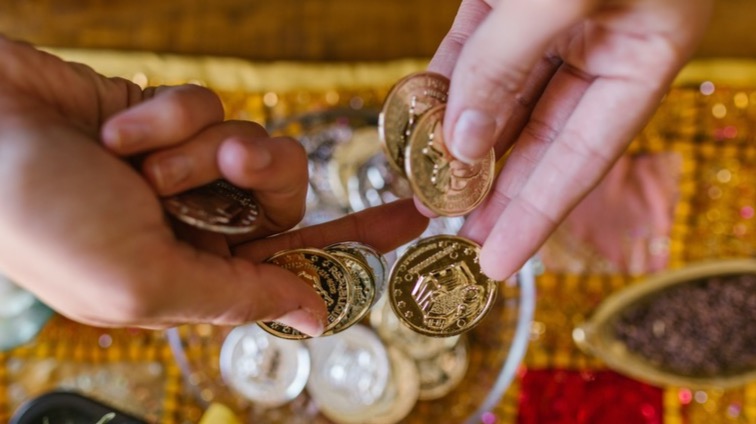 Kazakhstan has been in the crypto news a lot lately. On the surface, we know that it's a Central-Asian nation with cheap electricity that became the world's second-largest center for cryptocurrency mining after China’s crackdown on crypto.

Kazakhstan experienced violent clashes between protesters, police, and soldiers, which resulted in an internet blackout that caused difficulties to normal crypto mining operations. The crypto community feared it would have a drastic impact on global crypto markets.

But what's going on behind the scenes? What exactly is the cause of this crisis? What are its likely outcomes? And what are the prospects for crypto in that country? Find out here.

Background of the Country

Kazakhstan is an ex-Soviet country the size of Western Europe with considerable mineral resources and economic potential.

Its varied terrain ranges from the mountainous, densely populated regions of the east to the thinly populated, natural resource-rich plains of the west, and from the industrialized north, with its Siberian climate and landscape, to the dry steppes of the center, to the fertile south.

Kazakhstan comprises an area of 2.7 million sq km and has one of the lowest population densities in the world with 19.1 million people.

Kazakhs dominate the country in terms of ethnicity, with Russians making up just over a quarter of the population and smaller minorities making up the rest.

Islam is experiencing a revival in Kazakhstan after being suppressed under Soviet rule when about 2 million Russians immigrated there during the campaign to develop virgin territories.

Since the collapse of the Soviet Union in 1991, oil sector investment has been the driving force behind the country's rapid economic growth.

Kazakhstan had been a highly advanced autocracy under its former president Nursultan Nazarbayev for three decades after gaining independence from the Soviet Union.

Nazarbayev appointed Kassym-Jomart Tokayev as his successor in 2019. He implemented a controlled transfer of power while retaining control over the security council until protests over fuel prices that started on January 2, 2022, turned into the biggest confrontation over the country's direction since the collapse of the Soviet Union.

Tokayev sacked the prime minister and other government officials in response to the uproar and reinstated the gas subsidies.

In a shocking move, the president also dismissed his predecessor Nursultan Nazarbayev from his position as chair of the national security council, which had given him authority over the country's strategic policy as well as the right to veto most of Tokayev's decisions.

A contingent of 2,500 peacekeeping soldiers arrived in the country within hours. It was the organization’s first mission since its creation in 2002.

Kazakhstan authorities banned foreign journalists from entering the country during the unrest and implemented a nationwide internet blackout that curbed information flow to the outside world.

During the clashes, more than 160 people were reported dead, including law enforcement officers. A crackdown on the riots led to the arrest of almost 10,000 people, the Financial Times reported, citing official sources.

Tokayev's narrative on January 7 appeared to be that terrorist gangs exploited the unrest with an apparent intent to seize power with the help of foreign support, and that CSTO troops only defended critical infrastructure, without intervening to supress the uprising.

Since the unrest was quelled, all CSTO troops have left Kazakhstan, Russian ambassador to Kazakhstan Aleksei Borodavkin said on January 19.

Who Stands Behind the Uprising?

In an attempt to ease discontent, President Tokayev reversed the gas price increase and sacked the entire government. Then why didn't that help stop the unrest? One of the reasons is that people in Kazakhstan are highly dissatisfied with how wealth is distributed in their resource-rich country.

What can appease an angry mob? Probably nothing. As soon as dissent morphs into something like that, you are generally powerless. So there wasn't much Tokayev could do to make people feel happy and go home. They wanted a total change to the regime.

Kazakhstan has some of the world's largest oil reserves and is the world's largest uranium producer. However, the nation's wealth is confined to an elite group associated with the family of the president, and most Kazakhs don’t benefit from natural resource exploitation.

The writing was probably on the wall for Tokayev. Back in 2019, mass protests brought down Nazarbayev, so these protests could have had the same effect. To avoid this, he brought in the big dogs (CSTO). For now, it appears that President Tokayev is the biggest winner of the current crisis.

Moreover, insiders say tensions were growing between the two leaders' offices. Over time, Tokayev's power and control over the national bureaucracy grew. Since the beginning of the COVID pandemic, Nazarbayev has rarely appeared in public, and was visibly fatigued. The current protests have given Tokayev a chance to undermine the basis of the dual power system.

As a way of distancing himself from Nazarbayev, Tokayev said that discontent with income inequality among the people was justified and that associates of Nazarbayev should share their wealth. The president talked about initiatives to reduce the wealth gap and eliminate irregularities in state procurements and business relationships with Nazarbayev associates.

According to another view, it was Nazarbaev who orchestrated the unrest in order to overthrow Tokayev and hand the presidency to his daughter.

Akezhan Kazhegeldin, an exiled opposition leader, revealed to Euronews that Nazarbayev's allies paid radicals to turn peaceful protests violent. "(Their) aim was very simple. They tried to regain power, to get back into office, dismiss Tokayev and call a new election, and probably they believed that some of them were going to be elected," Kazhegeldin said.

Since the crisis began, Nazarbayev has been out of the spotlight, with rumor mills churning and speculation rampant that the enormously wealthy ex-president fled the country with a large part of his family.

Why Does This Matter to Crypto?

Kazakhstan is a major Bitcoin player. After China clamped down on cryptocurrency mining last year, the nation became the second-largest Bitcoin mining hub, according to a report from the Cambridge Centre for Alternative Finance. Kazakhstan contributed 18.1% to the global hash rate as of August 2021.

BTC.com data cited in The Guardian article shows that hashrates for major Bitcoin mining pools declined 14 percent during the protests, emphasizing how important Kazakhstan is to the Bitcoin ecosystem. Bitcoin price plunged too, hitting below $43,000 in one of those days.

Meanwhile, the negative environmental impacts of Bitcoin mining have been a continuous concern in many countries, and Kazakhstan is no exception. More than 70 percent of Kazakhstan's electricity is produced by burning coal, making it the largest emitter of carbon dioxide in Central Asia.

Kazakhstan’s government announced last year that it would crack down on unregistered miners whose consumption is estimated to be twice that of registered ones.

For as long as Tokayev remains president, he will likely stick with his previous course of favoring Bitcoin miners and seeking alternative energy sources for them. Thus, the president announced plans for a nuclear power plant, a logical decision given that it is the world's biggest uranium producer.

However, the country has a history of nuclear disasters, so many people are wary of this idea. As a result, the president must strike a balance between satisfying his country's people so they don't rebel again, and allowing the booming crypto sector to flourish in Kazakhstan.

The government's plan to uproot unregistered mining activity and improve the regulation of the country's crypto mining sector is seen as a way to bring more stability and clarity to the industry in the country. However, Bitcoin miners fear the political crisis may keep the government from taking action.

Despite the uprising and the common power outages miners have experienced since arriving in Kazakhstan, miners fear that it might not be worth leaving the country. To bring the devices to the United States, for example, would take weeks, and they could actually be damaged during the shipping process.

Thus, crypto mining companies will look to stay in Kazakhstan, possibly contributing to the country achieving the required levels of power generation. A number of these firms already expressed an interest in investing in upcoming energy projects like wind power and hydropower stations. Ultimately, it comes down to the government that seems quite interested in seeing a crypto industry grow in Kazakhstan once it settles its internal political crisis.