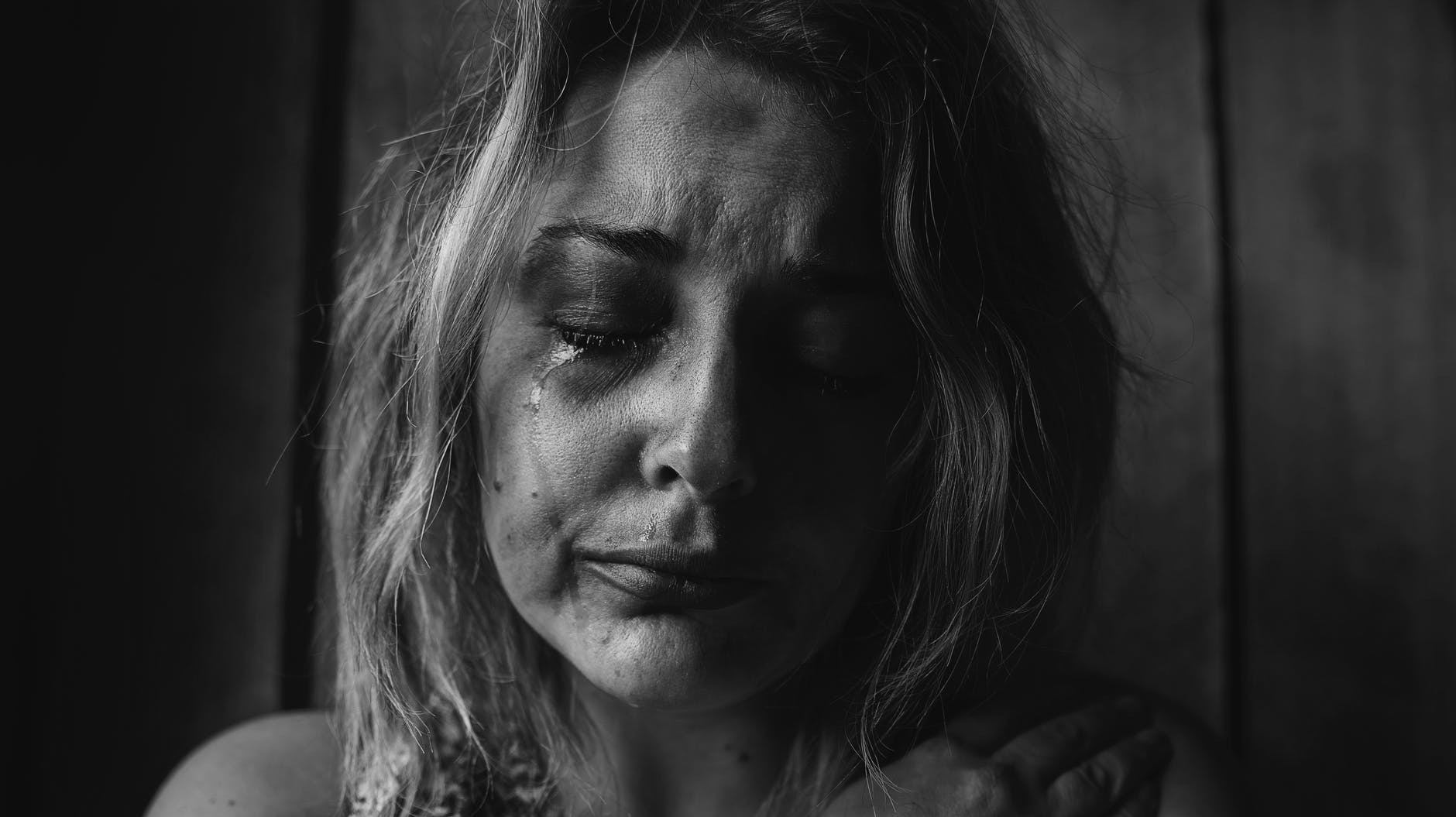 Walk Away or Stay Put

He would beat her for the most trivial of reasons. If breakfast was not ready by 7a.m every day, except on weekends, then she had served trouble for herself. He would take out his belt, the one he never wore, and swing it this way and that. When he’s done, he would return the belt to its special space in the closet. Then he would sit by her side as she wept. The tears never dropped from his eyes, they just hung loosely at the corner of his eyes. He would place his hand across her shoulder and pull her close to himself. He would whisper softly into her ear; words she knew he meant, but she never understood why he hurt her over and over again.

She would look at the belt marks on her body, and then into his big brown eyes. She would see those years when their marriage was filled with nothing but joy and laughter.

The next time he brought out the belt, she knew she had to do something. She wanted the beatings to end permanently. So when he left for work she went to see her mother.

When she left her mother’s place she knew what she had to do. She spent the rest of the afternoon packing her things into boxes. She kept the boxes at a corner in the room. When he returned from work, he ate dinner and went up to the room; he did not notice the boxes that were kept at a corner of the room. He just went straight to bed and slept off.

When he woke up the next morning, the boxes she kept at a corner of the room were gone. He got ready for work and came down to the breakfast table. He sat down and opened the dish in front of him. He looked inside and instead of food he found a note with his name on it. It read:

“I love you but I hate the beatings. I

am tired of trying to cope with both. Living

with you has become a plague and it’s not

my fault. I dreamt of you as a father and I a

When he was done reading the note, the tears that often hung loosely in his eyes, but never dropped, now flowed freely down his face. It was all clear before him now- she was gone.

Meanwhile, she was at her mother’s house hoping that he got the hidden message in the note she left for him.

“I love you but I hate the beatings. I

am tired of trying to cope with both. Living

with you has become a plague and it’s not

my fault. I dreamt of you as a father and I a