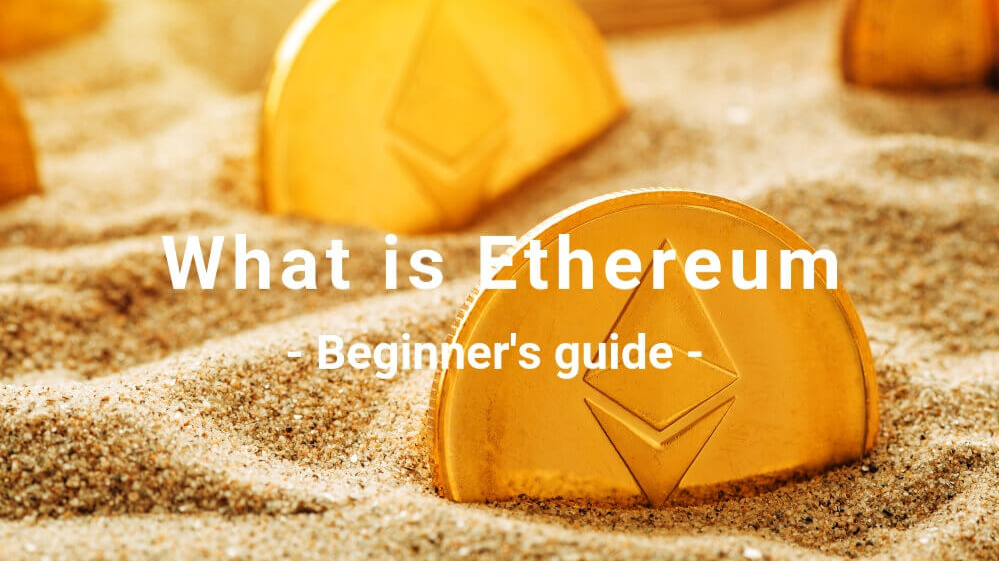 What is Ethereum – Beginner’s guide

You may hear bitcoin which is disrupting the traditional financial industry where we transact each other. After this huge innovation, New revolutionary Ethereum cryptocurrency born in 2015 which simply smart contract platform. In this guide perfectly suitable for beginners and cryptocurrency enthusiasts where explanation comes with short and simple manner. Some of the topics are going to cover Whats is Ethereum, Technology behind the Ethereum, Ethereum’s applications, how to earn money using Ethereum and complete guide to buying Ethereum worldwide.

Ethereum is open-source, distributed blockchain-based smart contract programming environment where developers can build decentralized applications top of the Ethereum blockchain. Ethereum is digital currency behalf of smart contract facility where the currency is Ether. Ethereum was founded by Vitalic Buterin who is a programmer and former contributor of the BitcoinMagazine.

There are a lot of updates and Events happened in Ethereums history, These are the major events and updates,

What is Ethereum smart contract?

Normal contracts are agreements of the two parties or more which written on paper and enforced by law. A smart contract is self-executed computer coding technique intends to digitally facilitate, verify, or enforce the traditional contracts.  First Nick Zhabo introduce the smart contract concept and, later Vitalic Buterin integrates into the Ethereum blockchain.

Smart contract applications run on Ethereum blockchain help of computing power is provided by Ehtereum nodes spread all over the world. Nodes can introduce as decentralized world computer where contract transactions distributed publicly across these nodes and recorded in Ethereums blockchain. These nodes get paid from the native currency Ether(Eth) for computing power provided.

What is Ether, gas price, and gas limit?

Ether(Eth) is the native currency in Ethereum blockchain where Ether valued unit ( digital asset) used to pay out for computer power provided to the network.

Gas: When the transaction happens in Ethereum blockchain, Computer hash power need to process a transaction where the hash power required, is determined by the gas unit.

ERC -20 token: That is created in Ethereum blockchain when developing a new Dapp project or when you need to raise capital for new cryptocurrency project. These tokens create, issues according to a set of standards provided by Ethereum. This token also traded in cryptocurrency exchanges.

Wei and Gwei also, a sub-unit of Ether which is used to indicate transactions fees because that is very small.

Decentralized application[ Dapps] is an application that is run and build on Ethereum blockchain. When creating Dapp, we can create token to represent the Dapp brand, a token can be used to fundraise for project, used for the platform as a utility token. The Dapp tokens traded on exchanges and we can invest in Dapp projects that have the potential to grow in the future.

There are so many applications built on Ethereum blockchain almost over 1000 exists but most of the projects not performing well on the market right now. Most popular apps are listed category wise here for knowledge.

Metamask: Metamask is Ethereum wallet application that is used to store, receive, send Ethereum. Which is build as a chrome extension and completely free. A good feature is you can create multiple Ethereum accounts on one extension with one key phrase and password. Metamask supports so many Dapps such as decentralized exchanges, MakerDao CDP, etc.

Myetherwallet: MyEtherWallet is one of the most popular wallet interfaces to interact with Ethereum’s blockchain secure way. MEW supports hardware wallet and so many Dapps such as MakerDao CDP. The MEWconnect app is available for Android and iOS. They support instant token swap( Token exchange ) with Kyber network, and Changelly, Simplex for fiat currency exchanges.

Mycrypto: Mycrypto is fast-growing Ethereum desktop wallet which is a good alternative to MEW. They also, provide buy and sell service partnering with Shapeshift exchanges and 0x instant.

Brave: Brave is a cryptocurrency web browser like Google Chrome. Brave native currency is BAT token which is ERC-20 token and Its supports the ERC 20 tokens.

Status: Status is a messenger, crypto wallet, and Web3 browser

Ehtlend: This is a lending platform where taking loans with low interest collateralizing supported cryptocurrency. Loans offer for stable coins and fiat currencies.

MakerDAO CDP: CDP enables generate DAI stable coin for depositing and Lockup Ethereum as collateral future it supports many collateral assets. You can get back collateral making full payment of generated DAI where some fee will be charged using MKR.

Nowadays, a lot of game developers are looking to decentralized game development and it is a new way to interact with developers and players each other. Let’s look at powerful games exist in the current market.

Cryptokitties: Cryptokitty is decentralized blockchain game which is consist of 100% owning breedable, collectible creatures. These collectibles cannot be replicated, taken away, or destroyed.

0x universe: 0xUniverse is the next generation blockchain game where players can build spaceships, explore the galaxy, and colonize planets.

God unchanged: God unchanged is a battle game which is transparent and immutable all transactions.

Bancor: Bancor is decentralized liquidity network that provides wallet service store, exchange for any other tokens automatically, send and receive. Bancor has own token call BNT.

Kyber Network: Kyber is an on-chain liquidity protocol that aggregates liquidity from a wide range of reserves, powering instant and secure token exchange in any decentralized application.

Distri0x: Distric0x is a network of decentralized markets and communities to create, operate and govern.

Decentraland: Decentraland is virtual world owning the users where users can build, explore and even earn cryptocurrency from the user’s creations.

Ethlance: An Ethlance is Decentralized Upwork for both Hire and work, both parties payments using Ether and Not fees charge for work or hire. In traditional market places, They are cut  10%  – 20%  from the freelancer’s earnings.

Bounties Network: This is a decentralized freelance market place, where any freelancer can contribute for a listed task by task owners where payments though Eth for both parties.

Next major update is converting proof of work( Ethereum used bitcoin transaction validation mechanism-miners ) to proof of stake(validator nodes locking up ethereum- stakers) where Staking users will earn the interest with Eth. Staking is more economical than mining.

This is major integration into the Ethereum blockchain which is partitioning large chains into smaller parts which bring faster and efficient transaction. Eventually, the network becomes more scalable.

EVM is a kind of code running environment in Ethereum where all nodes connected. EWASM will increase code execution speeds and time.

Which is an extra layer or chain to handle a huge amount of transaction? It is Etherem’s lightning network. (Lightning network is a second-layer solution for bitcoin for scalability solutions)

How to invest in Ethereum

There are few methods to invest in Ethereum platform which are listed and explained.

Most investors and retails buyers buy Ethereum at a lower price and then sell it at a higher price which is the most popular and easy way to invest in Ethereum.

As traditional assets, Ehtereum also, traded in so many exchanges. To get start cryptocurrency trading, you need to learn TA, FA  and Basic trading technique to get constant profit.(TA- Technical analysis, FA – Fundamental analysis)

In this article explain everything of Ethereum (world computer) such as, What is ethereum, Smart contracts, Ethereum major milestones and updates, Next major update Ethereum 2.0 which is called serenity, decentralized apps category wised, Ethereum investing and how to buy Ethereum, etc in a simple and understandable way.

This blog belongs to Btcbeginners.com which consists of guides, tutorials, new for cryptocurreny beginners and enthusiasts.