League of Kingdoms: The Future of Strategy Games
AMPLificationWeekend started! 50% BIGGER tips (AMPL ONLY). $100 in AMPL Giveaway - Win and Cash Out by Tuesday! Details here. 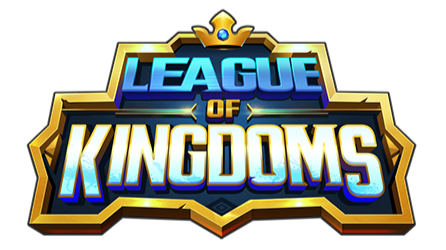 League of Kingdoms: The Future of Strategy Games

League of Kingdoms’ is an MMO Strategy game where gamers fight for dominion. You can fully own and seamlessly trade digital assets through NFT technology. You will participate in game governance through transparent voting and congress system.

This hybrid strategy game that you can see clear signs of more classic games like “Age of Empires” and browser games like “Venetians” then you have this twist which seems to fit perfectly in concept, a hint of “Clash of Clans” which will make League of Kingdoms a unique experience for players meaning not only will you create this all-powerful, mighty kingdom you will be able to use your military to attack other kingdoms and test their strength.

Not only will League of Kingdoms offer players a unique gameplay experience which has yet to be done. It will also offer them a chance to voice their thoughts and feelings on the future of LoK meaning the players, landowners will be in the driving seat as there will be an on-chain governance system while using a DAI pool to pay rewards to those who use/develop LAND. Want to know more about Land & Rewards? 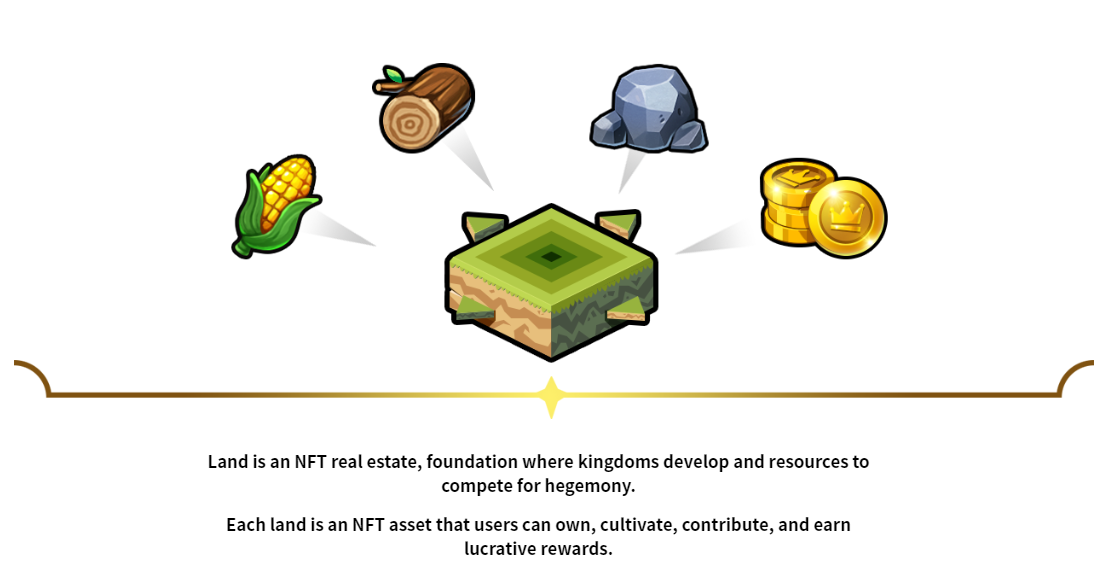 Being on-chain and running on the Ethereum network, when you buy a LAND square you become the owner of that LAND token which is known as a Non-Fungible-Token (NFT) making it very easy to validate ownership allowing for a governance system where all players can vote for their leaders while being part of the decision making.

Being a truly community-driven game based on the LAND owners and players doing their best through the governance system to make sure the game progresses in the best way possible it will be very interesting to see this community come alive.

Starting out in League of Kingdoms you will begin with a primitive kingdom which you will then have to upgrade and build on if you want to become a force to be feared, not only will you have to upgrade and fortify your main castle but build things like barracks, market, research centre and other alike no doubt so there will be plenty to plan and much to conquer! Will you be a friend to the LoK world or will you look to rule it with an iron fist?

As a player, your kingdom will look like the below image after some upgrades of course. You will not only have to build out your inner kingdom but work the lands outside to gather resources so you can expand, grow your army, These resources will be key to conquering your rivals and building your up influence in the league of kingdoms. 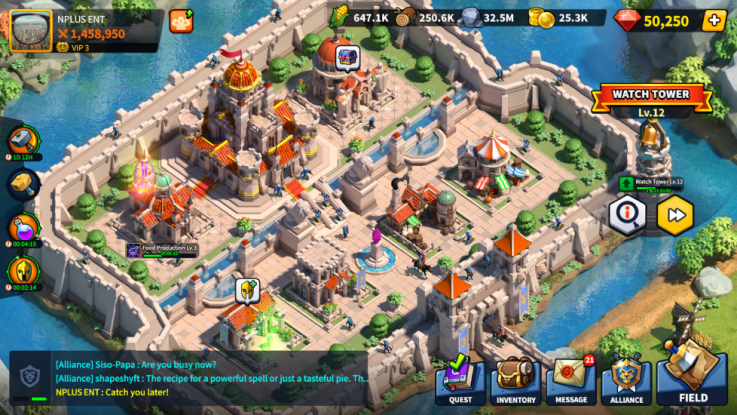 You will do well to make sure you have a good balance of resources and that you are using your outer field areas wisely, your kingdom is no doubt going to need a balance of all resources available to flourish. 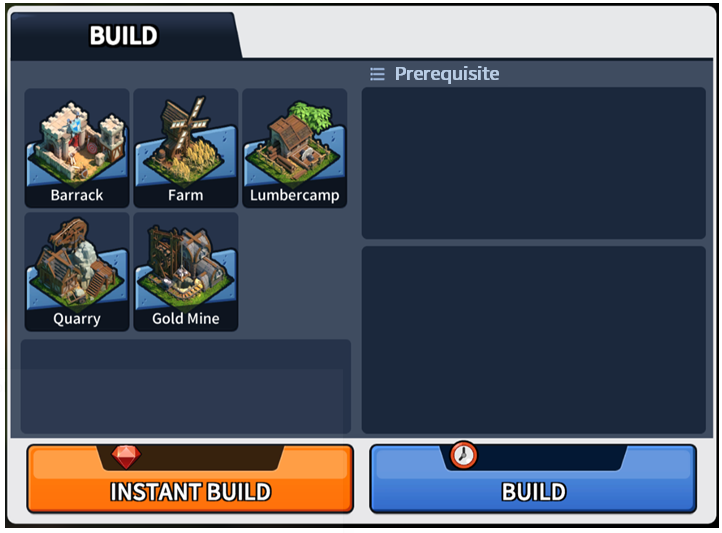 Wondering what all this will look like in action? Check out the below screenshot of the world map, to find out more details and to really understand the world you are about to play in check out this article — https://medium.com/league-of-kingdoms-eng/introducing-league-of-kingdoms-649727747ee5 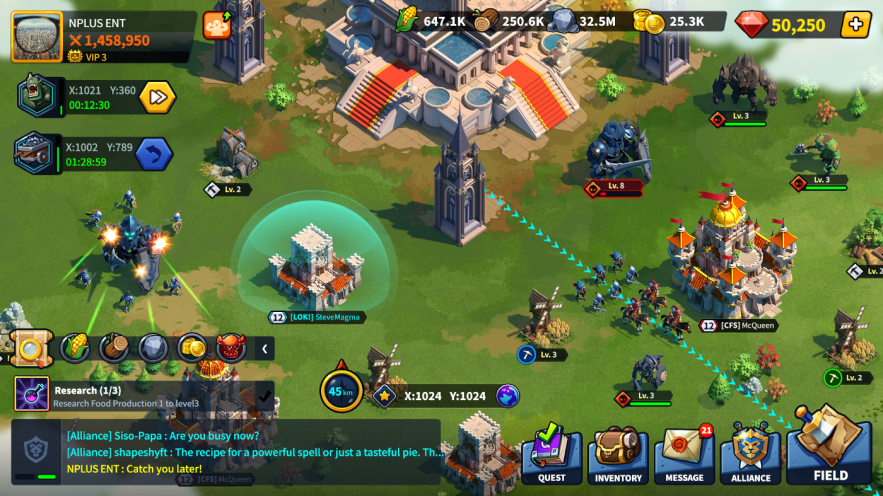 As the famous saying goes “Two heads are better than one” so you better make sure you find other kingdoms to team up with as you do not want to be caught on your own by another alliance looking to conquer the continent. you will want to make sure your neighbours are allies and not a foe or this could lead to a difficult game constantly at war with no peace to prepare, strength in numbers so be good to your neighbours and band together, build together and give yourself a fighting chance to amass an army and some defences before people are ready to start their conquest.

Being in an alliance will have benefits and not just in battle but in terms of resource and development rewards like mentioned above building together makes you stronger and in this case, it pays better! 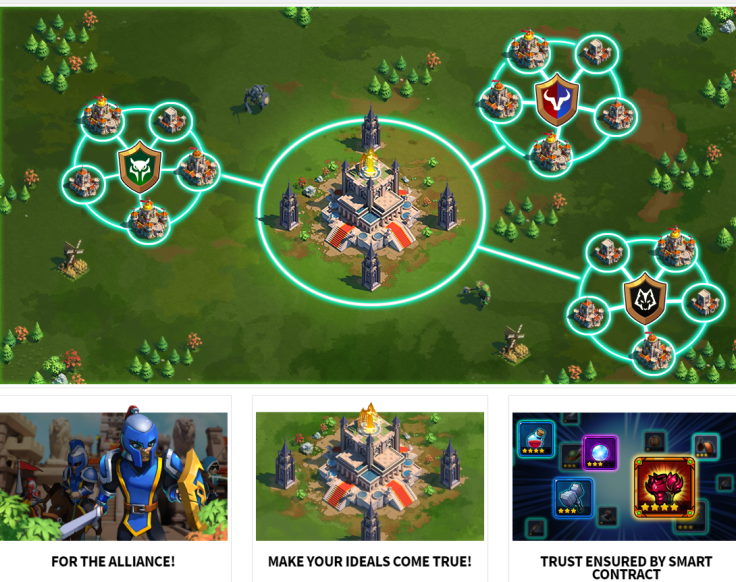 There are 64 zones, 8x8 all holding 1024 LAND tokens and 65,536 LAND tokens to be owned and played very soon, each LAND has a 4x4 scale and holds up to 16 Kingdoms if a LAND has sanctums, mines, forest and so on, the capacity for kingdoms may be less than 16.

Each LAND token will be owned and developed, played by the community so all pieces of game land can be purchased, by developing the lands this will give the person/people playing on your land a much more enjoyable experience with more dungeons, monsters and resources to benefit from and really take their game to the next level.

As you can see from the above image, LAND owners will forever own their land and be responsible for developing the land making LoK a whole new type of game world. Below you can find an image that explains how resources contribute to land development, each time your land gathers 100,000x you get 1 dev point meaning you can then further upgrade your land bring more opportunity to the players building their kingdoms there. 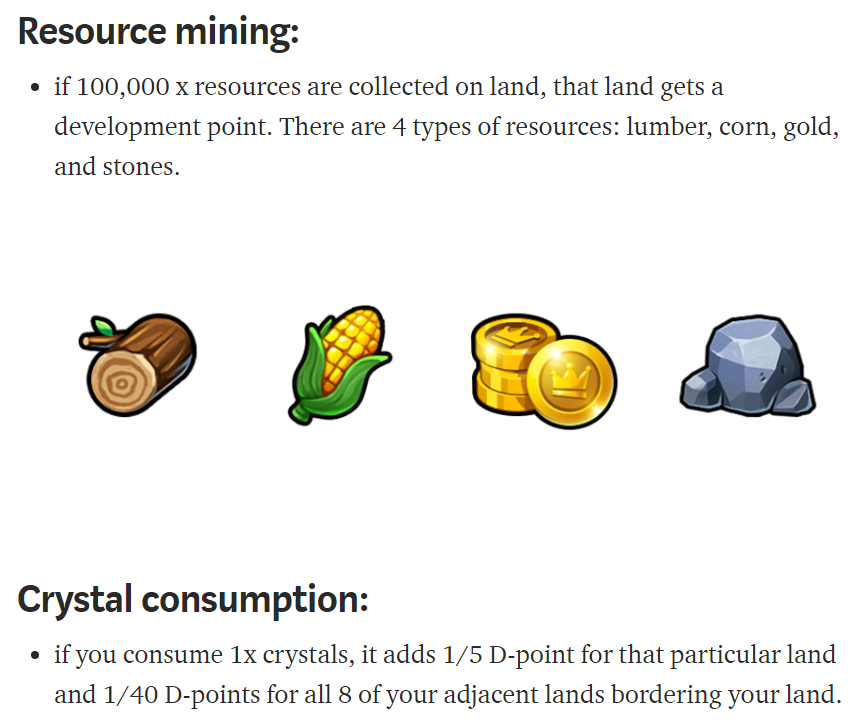 Interested in checking out the presale and finding out more on owning LAND tokens? Getting as close to the centre of the zone like shown below, the inner and outer white boxes will no doubt be the best LAND to build and play on so when you start a kingdom you want to make sure you get on zones #A1 and #B1 as close to the centre as possible. 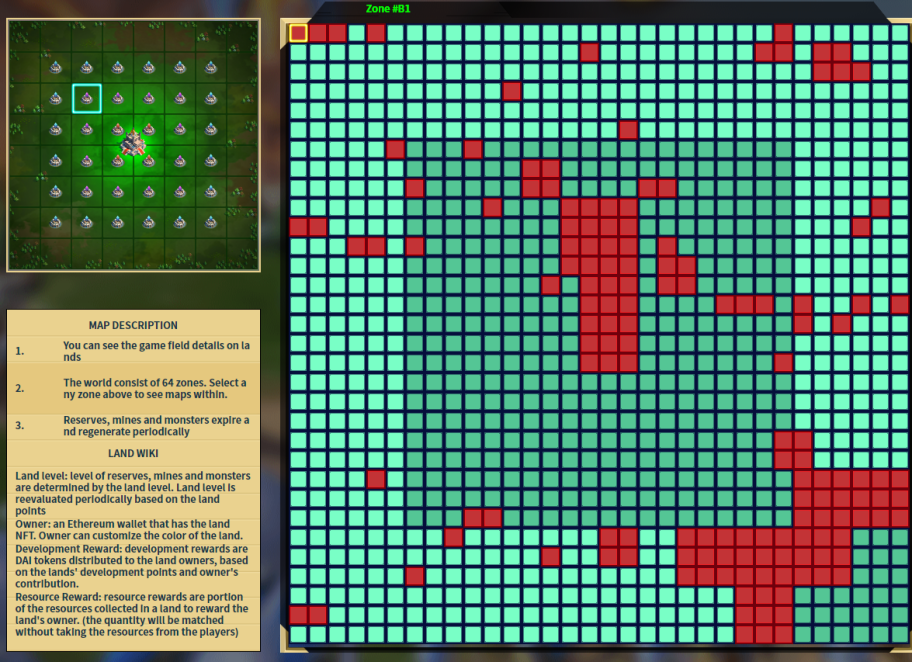 The map is enormous and considering that each LAND token has a 4 x 4 playable square that holds roughly up to 16 kingdoms maybe 10–14 depending on resources and a few other factors so there is plenty of room for everybody, most importantly more room to build and have huge conquest battles between alliances.

The first presale sold out fairly quick within 72H and we are currently 30% of the way through the second round as of 13/06/2020, so far all level 5 and 6 are sold out leaving only a small number of level 4s left but quite a few level 3s, 2s and 1s so still a chance to pick up some land if that is what you were looking at.

The game is planned to launch sometime this month (June 2020) or early/mid-July depending on any delays with development or bugs that need to be worked out however this is not long to wait considering most blockchain games barely have a beta state or have only just launched theirs after the last year or two of development.

The main sale is due to launch after the game and will no doubt include most of the remaining lands so if you do miss the presale there will always be the main sale.

Yes, they do, there are quite a few well-known names who are actively working with the creators of LoK to make sure they bring us the best game possible.

For such a young game they have already made a huge network of strong alliances within the blockchain space giving them a great head start.

Sandbox, Opensea, Kyber Network and MakerDao alone are massive players in this industry so kudos to the team behind LoK and their innovation of strategy games, paving the way for a new way of gaming. 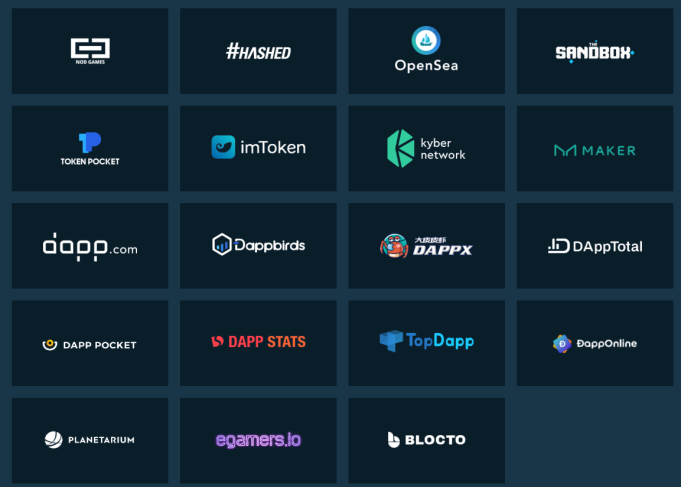 If you enjoyed my article and found it valuable be sure to use my referral link before you sign up as it is always appreciated, https://land.leagueofkingdoms.com?ref=UPGOIA 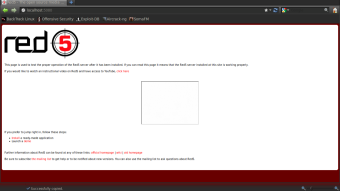 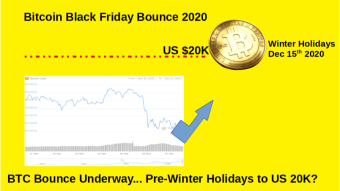