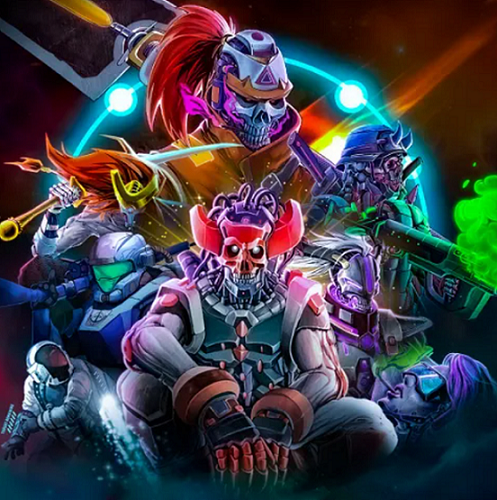 As part of an aggressive blockchain gaming roadmap, the venture builder behind the KOGs dynasty—RedFOX Labs—recently unveiled a fresh website:

So, how does a venture builder based out of Vietnam relate to a blockchain gaming ecosystem powered by collectible NFTs? Well, one could say that KOGs represent the 3rd layer within the organizational structure. It goes like this:

Think of RedFOX Labs as a spider. The body represents the company's core—the CEO and executive team who identify ventures to build. 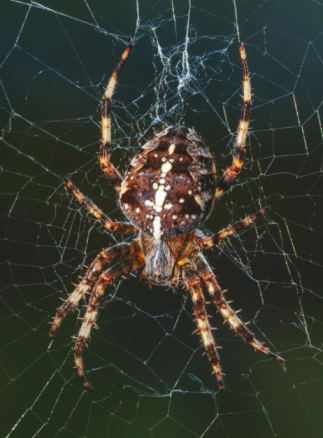 Now, although spiders as we know them have 8 legs, the arachnid in this example may end up with many, many more over the next few years.

In addition to a pending cashback and rewards streaming portal, one of this spider's 'legs' is the gaming studio responsible for launching KOGs ...

As venture builders do, RedFOX Labs now operates a gaming venture dedicated to unlocking the potential of non-fungible tokens.

For now, KOGs are highly coveted digital collectibles only. But KOGs are also the beginning of an entire NFT-powered metaverse. Plus, they act as gateways to tournaments, in-game items, and special events.

And come December, we should see KOGs the game enter the market ...

As the name indicates, KOGs stands for 'Keys to Other Games.'

Ironically, even without an attached game (yet), KOGs is now the best-selling NFT series on the WAX Blockchain's most popular secondary marketplace, AtomicHub. 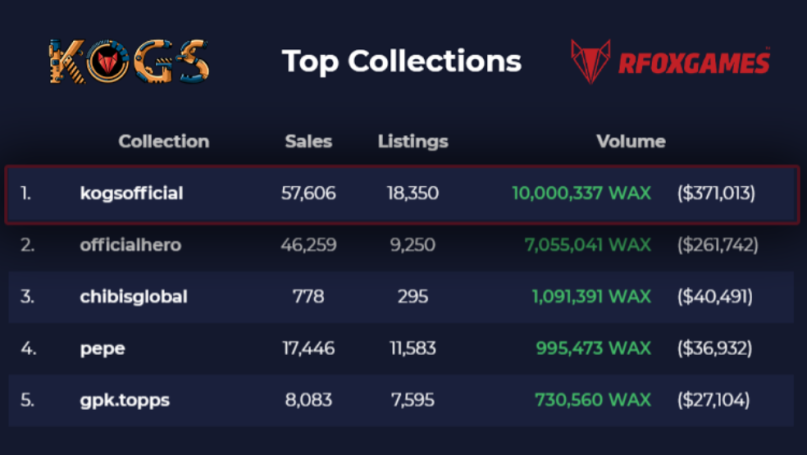 KOGs has continued its domination since taking the top spot on Sep. 19, 2020

December is meant to bring us a game. But that month is also when we're to expect the KOGs 2nd Edition. For all you collectors out there, get your 1st Edition KOGs before the 2nd Edition drops!

Now that we're in October, a roadmap milestone was missed. There's a good reason for that, however.

You see, RFOX coin is not only powering the entire RFOX Games ecosystem as an in-game currency, but it's soon transitioning to the Ethereum blockchain. I know what you're thinking. "How can we play an NFT game on ETH with its ridiculous congestion and gas fees?"

No need to worry about that!

RFOX Games' whitepaper is sliding into the October slot

You see, the only way the KOGs game can function is on a fast, nearly gas-free blockchain. And whether you know it or not, I just described the WAX Blockchain. To facilitate speedy trades and smooth gameplay, RFOX Games is building a bridge between the WAX and Ethereum networks.

But the network bridge isn't the reason for missing a roadmap target, it's more to do with the legal process. You see, RedFOX Labs is planning an airdrop for RFOX holders. And now that RedFOX collaborates with stock-listed companies, the team is ensuring the airdrop ticks all the legal boxes.

Because tokenomics impact the gaming studio's whitepaper, and those same tokenomics are subject to jurisdictional legalities, we won't see the whitepaper until it's good and ready for public viewing. And I'm just as anxious to see it as you are!

If you're a holder of RFOX or KOGs NFTs—or both—you can expect some rewards for your loyalty.

An airdrop is coming. NFT staking is coming. A virtual space (think Decentraland) is coming. And for those of you unable to trade RFOX on Liquid or p2pb2b, liquidity is coming!

In a nutshell, hold onto your coins and non-fungible tokens because they're about to get even more valuable. But that's just my opinion—not financial advice.

Go ahead and visit the new site. Aesthetically, it's very appealing. Better still, you're bound to learn something about the future of NFTs 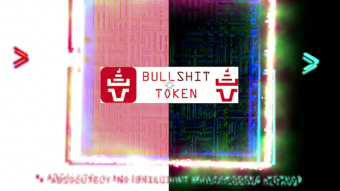 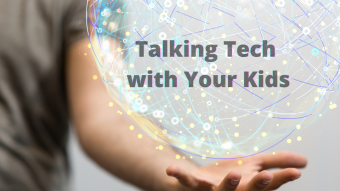 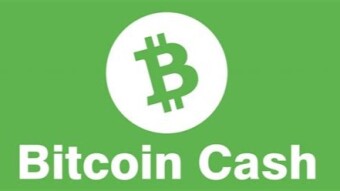