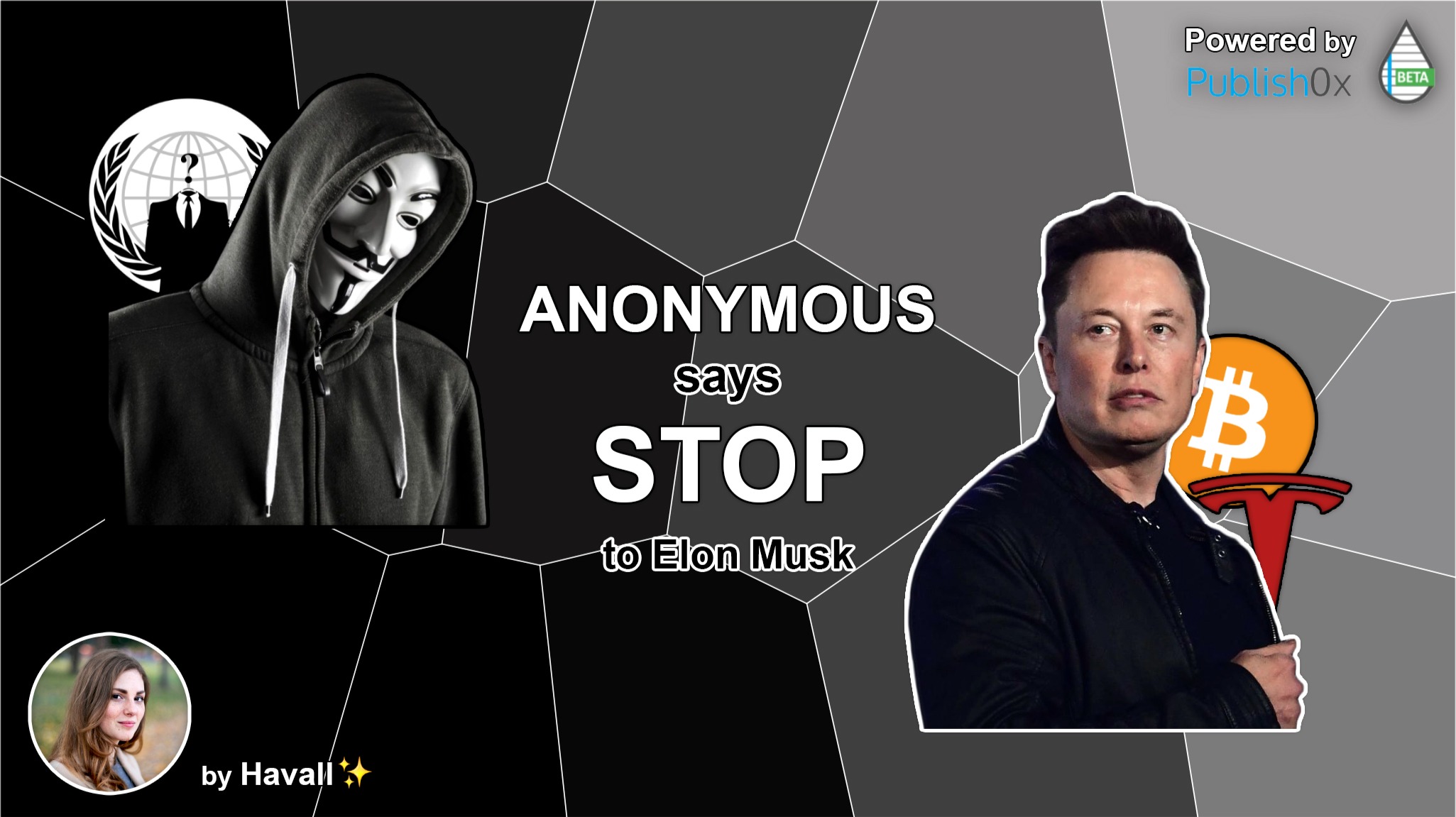 Hey guys! It has been a long time since Anonymous has made a comeback, and we all know that when they make themselves heard, they do so in concrete terms, with facts in hand and with precise and in no uncertain terms. On Saturday, with a video published on YouTube, the group decided to attack, if we can call it that, Elon Musk not only on the subject of Bitcoin, but also on Tesla and other types of activities of the tycoon, a message that, however, should be verified because it could be a fake since one of the Twitter accounts closest to the movement denied any involvement on the part of the hacktivists.

A video that goes straight to the point without mincing words, with a very precise accusation, which is also what had already matured within the community of Bitcoin enthusiasts in the last period: Musk in fact seems to receive funds from the government regarding the use of green policies which, considering the Proof-of-Work protocol, Bitcoin does not follow (**). Therefore, continuing to favour bitcoin would result in a stop of funds from the US government. An accusation that refers to the "carbon credits" that the company receives from the US government and can then resell on the market, one of the important sources of income for the company led by Musk.

Are they or not?

The authenticity of the Tweet, or rather the fact that it was actually made by the original core of Anonymous is still a matter of debate, with @YourAnonNews denying any kind of involvement, while wishing the best to those who follow the world of Bitcoin. 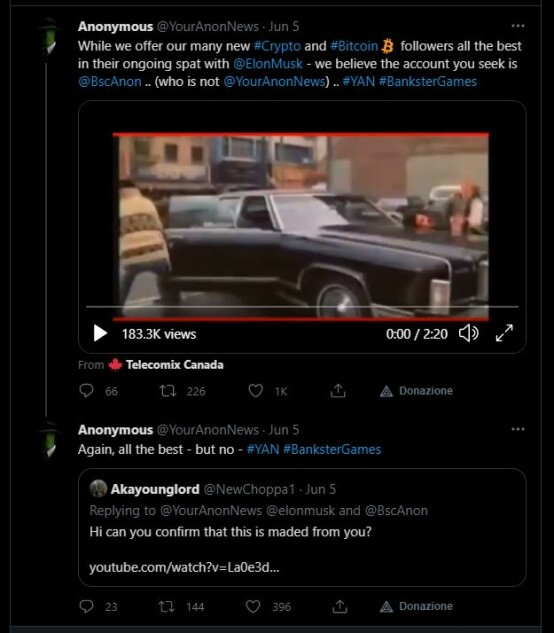 So this message may not be from Anonymous, but is it a move by someone who wants to shake up the crypto market? We know how many users on the internet use the names of famous companies to spread fake news in order to manipulate the market in favour of a few.
Can this news be called FUD?

What will happen this week instead? The world of crypto is becoming more and more uncertain!
Let me know in the comments section below your thoughts!
Bye! 👋