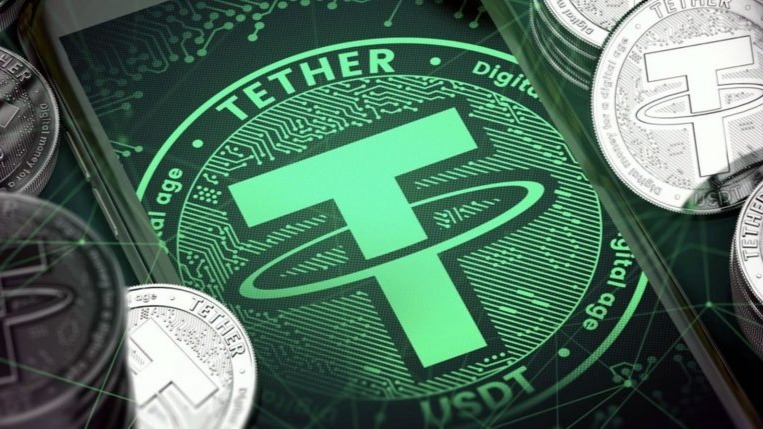 "The Fed published a report on CBDCs that examines the pros and cons of a potential US CBDC. While the report emphasizes that such an implementation is wholly up to Congress, it invites further discussion in the exploration of CBDCs. Fed Chair Jerome Powell said, "We look forward to engaging with the public, elected representatives, and a broad range of stakeholders as we examine the positives and negatives of a CBDC in the United States."

Stablecoins are free-market, independent cryptocurrencies pegged to the dollar or other fiat legal tender (but mostly the dollar).

The top, most recognized stablecoins are Tether (USDT) and USDC, but there are many others, including TUSD and PAX, now branded USDP.

The U.S. CBDC would not be a direct competition to Bitcoin, Litecoin, Ether, and people's favorite flavors of the week or month, but would certainly be primarily motivated by challenging the popularity of stablecoins. There's a lot of business slipping through the FED's hands, and they are keen to reel it back in, but not without a few advantages latched in.

One of the main areas I'd like to zoom in on deals specifically with our favorite thing in crypto; KYC/AML.

We have been seeing the clamp-down on KYC/AML on crypto exhanges more and more over the past 2 years, and the pace is escalating. The U.S. is seen as having strict policies regarding transparency in crypto ownership, but privacy and honesty being cited as the reason, the truth is they want all that data, and don't want anyone finding clever ways to hold on to their wealth.

The only two things for sure are death and taxes, but add to that data mining from the Fed. Know You Customer is a means to collect much more than transactional data on users for tax purposes, and Anti-Money Laundering is the 'reason' used to 'protect' us.

You see, there's a myth surrounding the world of crypto that most activity is criminal activity. One would have to ask how so many millions of transactions are passing to and fro the blockchains of the world, mostly on KYC'd exchanges to and from private wallets, if it's all mostly for illegal purposes? I don't see criminals regularly staking their stolen or laundered funds with their picture, name, date, selfie, retinal scan, personal utility bills, burner phone with Google Auth. Sorry, but it makes very little sense. The blockchains that allow money to flow anywhere, other than a privacy coin or a mixer, is permanently tracked. The public doesn't know the names associated, but almost every exchange does, and the best way for them to simply avoid the dishonesty of the Fed is to not allow U.S. customers.

If, however, certain exchanges that truly do not wish to KYC all customers, just limit certain features that are not permitted in the U.S. when they recognize a U.S. IP upon sign-in, they're avoiding some of the liabilities of tracking customers while still loosely following international law.

This is one of the more complex, but important elements to understand in the Fed's desire to add a CBDC. If they align their attacks against private market stablecoins with more stringent standards for exchanges, the results will be fewer customers risking interacting with crypto using stablecoins, and more using the CBDC directly. The problem is that there is no private bank interacting with such 'dollars'. The 'real' fiat is going to be a surveillance coin, and it will treat everyone like a money launderer, until your analyzed chain interactions are deemed non-criminal. It's guilty until proven innocent for something none of us should ever feel guilty about. There is a stigma attached to products and users simply because they offer better price action, flexibility and efficiency at market. But, the even greater issue, is that the definition of money laundering is widening to include the majority of activity that is absolutely 100% legal.

If you reduce exposure to stablecoins, citing risks that have not affected users at all for years, and years, and years and years, and you make the digital relationship between CBDC user and it's government, no bank, you place the burden of the money broker on the actual transactions and the exchanges themselves. Remember, the U.S. has officially, though without any 'clarity', changed the definition of a money broker to place a heavier burden on data capture for users in all directions. While this does not directly make it illegal to use privacy coins, it does make it impossible to get one or do anything with it, without breaking brokerage laws. It's wrong. But, it makes total sense once you understand the goal has never been consumer protection. It's about data collection and control.

The battle between the digital dollar and the digitized dollar-backed assets we already use exceedingly well, with maximum flow and with great utility and flexibility will rage on more and more, and finally when the media grab a hold, it will be from the perspective of the Fed and Congress; not from the users who have had all of the experience with the markets up to now.

The goal here, folks, is not to get sucked in to the narrative and forget your grounding. It doesn't feel like the agencies of the government have taken a keen interest in consumer protection for a very long time. That's why personal responsibility is one of the great pillars of the cryptocurrency community. Embracing that responsibility for your own investments and your own actions is greater than any excuse the powers that be have to control and manipulate you in the name of safety or security.

And on that note, Crypto Gordon Freeman... for now... out.