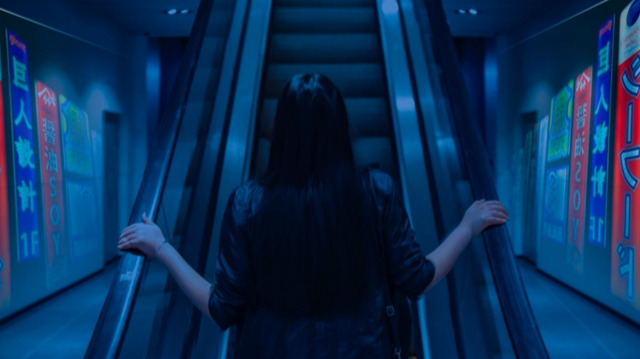 Kakegurui, Compulsive Gambler, takes place in the prestigious Hayyakou Academy where students learn life-skills in the form of gambling, as it is suggested that bluffing and strategy will be more important in their future careers than traditional school subjects.  If you need more of an intro to Kakegurui, Yumeko Jabami, the games, and betting strategies, we recommend you check out our previous blog post. Kakegurui is currently on its tenth manga, with the eleventh available for pre-order. Netflix currently has the anime season 1 and season 2, as well as, the live-action season 1 available. Season 1 very closely follows the manga and is covered in books 1-5, though you’ll find they added to the anime to give an ending to the season. Season 2 uses material from books 6-10, but the writers were more active in altering the order of events to suit the story line they created.  Now that the anime has caught up with the manga, we’ll have to wait and see if Netflix continues to make season 3 and where it will go! Unless you want to see some rather silly acting, we recommend you skip the live-action series.

What to do as you wait for more episodes of Kakegurui to come out? Kaiji is another popular gambling anime series to try watching. In Kaiji, the main character, Ito Kaiji, is introduced as a lowlife and petty thief, working a low-wage job, and circumstances make him get on the Espoir, a cruise ship, where the stakes of the game are the players' lives.  As he enters into a debt contract, he digs himself deeper and deeper into debt and he struggles to turn away from the possibility of redemption when offered new games to play and chances to win.

The episodes in Kaiji are more focused on the emotions that run through the course of the game and player dynamics. Players can work together, cut deals, cheat, or backstab each other and the temptation is hard to resist when offered the possibility to clear their debt. As the games progress, we wait to see if players will help or hurt each other. With their lives, and large sums of money, on the line, winning the jackpot can tempt even close friends to betray each other. Under pressure as the games progress, Kaiji is shown to be an analytical thinker, finding loopholes and new strategies, helping his fellow players survive the games, though not always without injury.

Which is the best anime?

One gambling anime review described Kaiji as being better than Kakegurui because the bets are more realistic and risky, often resulting in bodily harm or death to the losers. However, that doesn’t make Kakegurui bad gambling anime, Kakegurui is just very different. While the things the students gamble would be hard to replicate in real-life, like gambling your “life plan,” these are very realistic gambles to the students of the academy and suit the world the author has created. They often gamble very personal aspects of their lives that could have much longer lasting impacts than physical harm could generate – if you could replicate these gambles in real-life, they would be serious indeed. Kakegurui’s main weakness may be its overt sexualization of school girls, which is rather heavy-handed and often a bit silly.

Kaiji, on the otherhand, is a much darker series, with many emotional highs and lows as the players experience the adrenaline, the cheating, the treachery and the powerlessness that go on during the course of the game, with the price of losing often being injury or death. While Kakegurui episodes will explain and complete a game within one or two episodes, Kaiji will spend several episodes on just one game and it has much more dialogue relating to the emotional and strategy-based decisions that Ito Kaiji must make. The weakness of Kaiji, is that Ito Kaiji, while described as a loser in his personal life, is often able to cleverly analyze the games, strategize, and inspire his fellow gamblers to work together and win big, so it can be hard to believe that someone so successful in a tough situation wouldn’t be successful in their regular life as well.

Both series have their merits and we suggest that you give them each a try. Kaiji is for someone who really wants to immerse themselves in the mindset, emotions and risks of gambling, especially with the interesting group dynamics that develop amongst the players (for good or bad). Kakegurui is for someone who likes learning new games, thinking about betting (and cheating) strategies, and game design - and enjoys that mix of compulsive gambling and Sherlock-like skills of analysis that Yumeko Jabami brings to the series. They are both two very different styles of anime, so if you don’t like one, you may like the other.

If you want something more fun and lighter, we also recommend giving One Piece Film: Gold a try. It’s a high-energy action-packed gambling anime meets casino heist movie, the anime version of Ocean’s Eleven. While betting strategies and games are not the focuses, like in other gambling anime, the Straw Hat Pirates play with luck and their special powers. As the Straw Hat pirates recognize, you have to gamble to win it all in this action-packed movie that takes place on Gran Tesoro, a floating city with all the games you could dream of such as, slots, blackjack, roulette, boxing, and even Hot Shell, where you can race your car to the finish line.

It rains gold in Gran Tesoro, and while we don’t want to put in any spoilers, similarly our faucet for free bitcoin will help you get started on MintDice. We personally like the added thrill of our Bit.rocket bitcoin crash game, seeing who can last the longest in the rocket before it explodes. Or you can experience the thrill that rolling the dice can have. The Straw Hat Pirates first wonder, why is dice the only game in the VIP room?  But they quickly realize the simplicity of the game adds to the thrill, allowing high rollers to become billionaires on the roll of a dice.

Why write about gambling anime? Well, here at MintDice, we are game-lovers. We enjoy understanding gambling and betting strategies and developing new games for our players to enjoy! We had a lot of fun designing and deciding on the artwork for our animations, adding bitcoin memes and easter eggs. We like to explore new ways to innovate and develop new games, and maybe we just wanted to binge-watch some Netflix, too. If you want to play some fun games, try out some betting strategies, or just check out our fun animations, come check out our bitcoin casino.