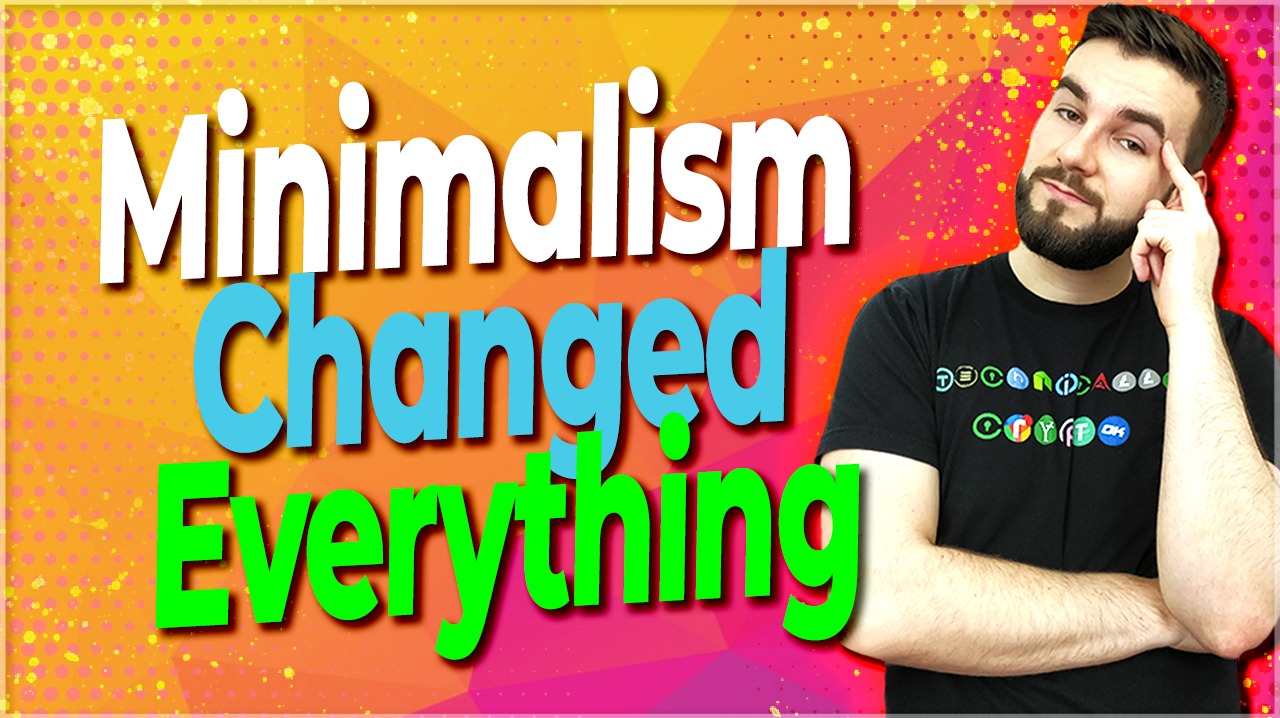 How Minimalism Has Changed My Life

Let’s talk about minimalism. More specifically, my journey to becoming a minimalist. I feel it’s best described as the antidote to consumerism. But rather than describing it in one word, let’s break down the entire concept.

Now while I mostly talk about financial minimalism, I believe that the idea of minimalism can be applied to any faucet of your life. Before we dive into that I want to define what minimalism is for me because everyone seems to have a different definition for it. To me, minimalism is emphasizing on what you value the most and de-emphasizing what isn’t bringing you value. It forces you to reevaluate your life to bring more mindfulness into how you live your life.

For some it may be simplification like owning many sets of one outfit, for some it may be cutting out extra clutter, and for others it may be having a lot less things in general like throwing out or selling anything you haven’t used in 6 months which I did at the start of my minimalism journey. You could be someone who tries out different things to improve your lifestyle like cutting all your beverages with 50% water. You may be someone who appreciates sustainability by growing your own food, fixing things yourself, and simply finding a way to “make do, or do without.” You may be really focused on frugality and saving money wherever possible or you may just be a mindful minimalist who is mainly focused on cutting out things that do not bring you value and focusing on things that do bring you value. The focus on value has been my favorite aspect of minimalism (even though frugality is way up there) because it allows to not only still enjoy my life, but to enjoy in a more meaningful and mindful way with less stress and more money.

So in summary some of the different aspects of minimalism to me are: mindfulness, simplification, lifestyle foundation, frugality, sustainability, and value. I’ve also described lifestyle foundation previously which is the idea of building around what you need the most and doubling down on what brings you value while cutting out what doesn’t bring you value. It’s somewhat of a combination of frugality and mindfulness but I feel it needs it own point. I talk about lifestyle foundation and lifestyle inflation in this video: https://lbry.tv/@ScottCBusiness:4/financial-freedom:a

Of course, you observe all these practices, none, a mix, or just one, but I will say that undertaking any will improve your life. While not all can be so easily applied, they are all applicable to anyone’s lifestyle in one way or another.

A great example of this could be the type of clothes you wear or the car you drive. Aiming to impress usually is only impressing people that won’t be able to help you further your goals. For example, if I buy a $125 Gucci t-shirt, I might have more people at the local nightclub impressed or the cashier at Tim Hortons, but why would my clients, business prospects, and role models care about that?

A more extreme example could be owning a Lamborghini. While it would be very fun and I’m sure I’d be impressing tons of random people, my friends, and my family, but why would that matter? If my goal is to be rich, I can’t get rich by spending my money nor will anyone who is rich care about how I spend my money. Now it’s different if your goal is actually to impress people, but then again, I would still prompt you to reevaluate your situation. Impressing people doesn’t make money because the people who you’re impressing usually cannot improve your life and you’ll go broke living this way because it’s unsustainable and counter intuitive. If you need a Lamborghini to pick up girls on a Friday night, then rent one.

Also, part of what minimalism is to me isn't always having less. I have two of any consumable thing I need to replace so that when I replace it, there are no concerns nor do I have to pay more for it when I need it right away. Great examples for this pandemic are emergency supplies and food. If you didn't prepare, then it was hard to get the things you did need. If you take minimalism to an extreme, then you won't be prepared for the worse. Again, it's not always about having less, it's about focusing more on what brings you the most value and improves quality of life

This is one of my last minimalism focused videos for a while as I’m going to focus more on blockchain but I’d like to hear from you. What are your thoughts on minimalism? Do you want to see more on it? How do you get the most value of out life? What is minimalism to you? Let me know in the comments below and don’t forget to follow, like, and share.