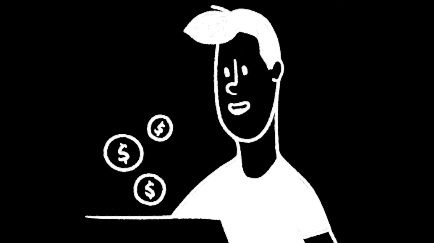 When I first heard about bitcoin,I thought it was impossible.How you can have a purely digital currency?........and then I looked into it and it was brilliant.(Jeff Garzik-Founder of Dunvegan Space Systems)

As financial systems ovolve in our world,so does the way of spending money.Only 8% money is in the form of 'physical notes/pappers'called Fiat money,while 22% is transacted digitally such as credit cards and different payment apps.Its our current Cash Culture wherein 'Digital currency' has taken a new shape;named and called 'CRYPTOCURRENCY' which is uncensored network,have our participation with equal access.Bitcoin is an example which can't be stopped and will be everywhere in near future.So we can say crypto currency is essentially a latest digital transformation of  fiat money.Both are currencies but major difference between these two is:

"Cryptocurrency is a decentralized digital medium governed by cryptography/crypto-algorithm not backed by any government while,"Fiat money is a legal tender backed by central governments and banks"

And what the value,it is simply what the market agrees, that it is.As Tyler Winklevoss said,'ve have elected to put for money and faith in a mathematical framework that is free of politics and human error.

Finally,we can say the current financial system that controls and regulates fiat/ paper money will have no more a monopoly over financial institutions and monetary markets.Now you are buying FUTURE USE CASES in addition to the current store of value;CRYPTOCURRENCIES such as bitcoin.