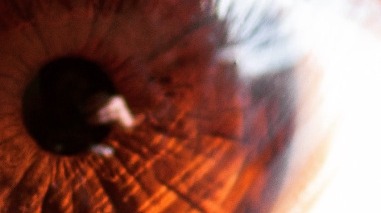 Disclaimer: The following post was written long ago and doesn’t belong to any genre so read at your own risk.

Brain and heart are the two parts of the human body that never rests in their lifetime. The heart keeps pumping blood (and may contain feelings according to some movies) while the brain is like a CPU that connects everything and runs everything. It does lots of things but never rests. Enough of science lessons. let’s come to the main theme of this post.

For me, the most difficult part of creating a blog post which includes writing is to have a proper start. My brain is filled with lots of thoughts that I want to share on this platform. But because of my starting trouble, most of the thoughts fade away without seeing a paper or keyboard. But today at the above mentioned time, I was determined to let out all the thoughts that run in my mind.

First and foremost, I see today the internet is being exploited in many ways. Many of them are in good ways but a lot of them sucks and many things I encounter make me sick. I pity most of the internet users and the way they are abusing the internet.

Ex: Quora. It’s an awesome platform to share and gain knowledge. When I started to use it years ago, I loved it. I got to know a lot of things, I learned a lot of things and everything was new and awesome. And then it became shit. Total shit! There are still a lot of gems but, there is an equal number of shits too. I don’t know why day by day my feed used to fill up with a lot of shits. I don’t understand the logic behind certain questions. People ask really stupidest and silly questions concerning religion, region and race and girls and impressing them. I got fed up and I downvoted those questions and answers so they won’t be in my feed. I unfollowed many topics but still… Anyway, with this, I got to know even with all the knowledge and resources available in this advanced period of human history some people still choose to be les connards.

Next thought – The concept of religion is stupid but the concept of culture should be respected. I am proud of being a Hindu culturally but I never consider Hinduism as a religion. Moreover, many scholars share the same thought that it’s not a religion. I have a similar belief towards other famous religions too. I respect the good values of every culture and I wish people just to learn them. But but some people never accept unity and co-existence. They are a bunch of hypocrites. I mean, we have a culture which teaches us lots of things. It’s good for people and makes a society. Then comes religion led by God and I am like, “I see. Oh, wait, actually I can’t see God. It’s okay dude until you keep your beliefs to yourself”. Then comes epic personalities preaching God’s words and asking to do things in name of God. I mean seriously. God gives you free will and then sets certain rules which makes me wonder about the very first humans. God created the world, all kinds of animals and then humans too. He gave a certain special ability to humans from which came another. That’s okay. But he created a fruit and forbid the human to eat it. If that’s the case, why create the fruit in the first place. Oh dear god, why in the name of God did you do it?

Anyway even if there’s an entity called God I have no problem with him. My issue is he taught different things to different people and told that it’s the only truth to each person. In this case, either God is false or Godmen were false. Whatever or whoever started I feel pity for people fighting over in this century too. Often I think how to get rid of this? At first, I thought proper education could be an answer. But after seeing a lot of people on Quora who have degrees in interesting domains, I came to know, “Nope! these people can never be changed. In short, humans cannot be changed.”

We all (maybe almost all with the good amount of common sense) as humans know the problems we are facing as a species. We have a drastic climatic change, terrorism, scarcity of food, diseases, and many more. I always thought why can’t great leaders of the world change the way we are exploiting earth! They aren’t working on it, rather some countries and leaders are still fighting over a piece of land and some are fighting against the people of other races, religions, and regions.

There are a lot of things I hate about humans and their exploitation. I am thinking about how it can be changed and how can I contribute to the change. 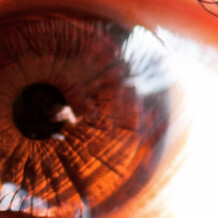 Jayanth Kumar, engineer by profession and a curious person in the world of art and literature by passion. Born and brought up in Bengaluru, loves vegetarian foods and some non-veg meals too and 'chai' being icing on cake for evenings.

Alemaari, a Kannada word means a wanderer in English. Anchored alemaari blog is about the wandering thoughts presented through the writing, stories, photos and videos.