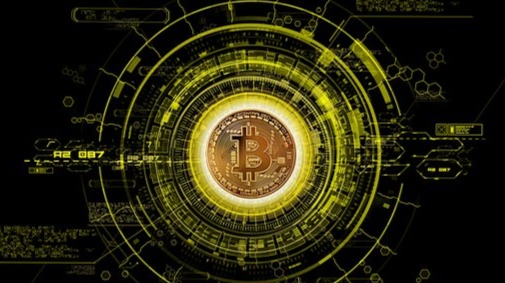 I believe in Bitcoin

I believe in Bitcoin and I believe in cryptos. It may sound like I believe in miracles but not really. Notwithstanding that the crypto market has been bleeding this week after the sharp fall of Bitcoin and other alts in the last days.

What I am going to state is my personal opinion and it’s based on previous research. I don’t try to influence other people to convince to buy or to sell their fiat or even crypto.

I have my  own reasons why I prefer cryptos rather than traditional fiat and here we go:

The recent economic slowdown isn’t  just a possibility, it’s a reality; it’s happening in most of the most important economies.

According to the magazine Forbes, these are the following effects of downturn happening now:

Financial directors of many multinational companies are having urgent meetings everywhere and start restraining budgets of each companies. Let’s remember that finally these companies have a major effect on liquidity in each company. (Forbes.com)

2) Debt rates out of control.

If you believe that debt rate is under control, you are completely wrong. The debt crisis which started to stick out during the Great Recession in 2008 and other recessions in EU, has been only patched, actually in most of the countries these debt rates has actually gotten worse.  The debt is measured in the following way: money owed vs total Gross Domestic Product (GDP).

The most affected countries according to the Worldpopulation review are:

Japan, Greece, Venezuela, Italy, Portugal, US, Brazil, France, Spain, UK. As you see there are very important economies of this planet. A lot of economist state that the ratio to be considered as  affordable to handle is below 80% vs GDP. So the aforementioned countries are out of that reach.

Maybe China or Germany aren´t there because their debt ratio is below 60% but anyway its total volume is outstanding.

3) Other side effects of economic restraint:

Pension Crisis – There is not enough money in a lot of countries to pay pensions. Governments have pulled that money to finance large deficits or infrastructure projects. So many of them start implementing saving measures which start to affect a lot of retired persons.

Student loans and others

Massive emigration or immigration – it depends on each country.

People don’t have enough cash, a lot of them depend on credit cards and loans.

Since 2016 after Donald Trump was elected, the era of trade wars has begun. You will read different explanations on trade wars in mass media. The only problem is that the truth is extremely manipulated over there.

China, Russia, Iran started to negotiate oil in yuans which has been interpreted as an imminent threat against US dollar. All these countries have suffered tolls of US economic sanctions. Plus there are other causes too. US doesn’t have only economic frictions with these countries, but also with countries such as Canada, Mexico, EU and others. So if you start affect economic transaction among different countries, naturally you will freak out investors, exporters, importers, businessmen of all different sectors.

The global conflicts are also driven by scarcity of resources, one example of it can be the revolution in Islamic countries which started at the end of the last decade in Egypt, Iran, Libya, Tunisia and other nations – it wasn’t only quest of these nations for democracy, it had to do directly with the lack of resources. For example former Egyptian government due to its growing population didn’t have enough money to buy food overseas.

Now there are different sources of wars in different countries, and there seems to be potential class among some superpowers and other countries as well.

It’s widely known that a lot of governments manipulate numbers such as inflation. When you declare lower inflation %, naturally you are increasing your GDP. This problem has been observed in Greece where government before the debt default few years ago, was declaring deliberately higher GDP numbers and lower debt than the reality was.  But it doesn’t apply only for Greece, a lot of countries do it. For example in my country – Mexico – government declares low inflation and GDP around 2%. What does sound better GDP of 2% or GDP of 0% or -1%? There you see the answer.

This same problem is happening in declaring Chinese GDP. Some articles say, the lowest Chinese GDP of decades is around 6 or 7%. There is one well recognized economist from Hong Kong who challenges Chinese Stats organizations and say the real GDP of China was 3-4%, no more than that.

As this is happening with GDP, we cannot trust our governments on what our real nation debts are, I suspect that it can be even worse than what is reported officially.

7) Major Stock markets peaked out few days or months ago.

Dow Jones has just peaked 27,219 points on September 13th, it overpassed the peaks registered in other months. The difference however wasn’t much vs previous peaks. The stock indexes in other economies start to show the beginning of adjustment and perhaps a beginning of a new downtrend. Stock market downtrend is directly correlated with the economic crisis period. And if companies report negative numbers, it’s really hard to expect the rise of their stocks.

They try to stimulate the investment, and wake up economy. Perhaps they can make it with some companies who can invest more in some infrastructure works but the economy is driven also by household consumption which starts to be decreasing.

All these massive printing start to bring problems known as currency wars. US dollars is becoming stronger EUR/USD ATM is 1.09, Chinese yuan suffered few weeks ago a considerable devaluation against USD, GBP has never been so week against USD as today.

Massive printing of money implies inflation threat too. Perhaps the imminent threat is deflation, but let’s remember that the history of human mankind has parts of hyperinflation – just to begin with the year 1923 in Germany. I state this because a lot of people think that it can happen only in third world countries such as Zimbabwe or Venezuela, other much more developed countries will face that risk too if government won’t handle economy efficiently.

9) FED and other Central Bank have run out of bullets to tackle economic crisis.

Yes before they were cutting interest rates, printing money like crazy ones and bailing out companies. I’m sorry to say that this won’t be working in the next crisis. It might have worked as a patch in the other crisis but not today. This slowdown and beginning recession is full of new factors. So I am really curious how they pretend to solve this one.

This mechanism of what is happening now,  is something like this: You owe 30,000 USD – you cannot pay it, so you ask for another loan, you pay the first but now you have 1 more to settle. So it isn’t aimed for the solution of the problem.

The complexity of climate change is staggering. We are doing only 5% out of 100% what should be really done. After massive deforestation not only in Brazil but also in Bolivia, Angola, Indonesia and other countries – what we have done is to alter the fragile ecosystem balance. Greta Thurnberg made it clear in her statements, what other people or politicians have done they just played it down. Now it isn’t perhaps the most urgent problem but it will become a problem in few years when food prices will skyrocket due to the future draughts in US Midwest as a direct consequence of Amazonia happenings.   How bad will it be? My independent forecast for the food price is the increase between 200% to 1000% in the next decade.  Good organic food has already become luxury, and only wealthy or high middle class sector can afford it.

So as you see due to these aforementioned reasons, Bitcoin and other cryptos will become an alternate solution.

In the recent crisis of Argentina where Argentinian government started to restrict money in Argentina, some Argentinians started to buy Bitcoin as a safe heaven mechanism.

When stock markets start to bleed, investors start to be cautious, they pull out their money out of Wall Street and transfer it to bill treasury. Therefore US dollar usually starts to rise against other currencies such as euro. What we can expect really soon will be EUR/USD parity. But if you were an investor, well financially educated – would you still buy treasury bills knowing what is happening?

Maybe a lot of people will, but some would start to look for something that would give them better profits. Where would they get it?

No matter how Bitcoin has been recently bleeding or how much Altcoins were bleeding in satoshis in the last months: My answer is still Bitcoin and some altcoins. I say only some altcoins because now investors are picky and they want Alts with great fundamental basis and projects. The example of these alts would be: Dash, 1UP token, Ethereum, BAT and others.

Probably you may seem my statements as optimistic for cryptos but I just base my forecast on recent major economic developments and I consider that our current fiat system is no longer sustainable and we really need a better upgrade.

Some governments have wrongly understood that cryptos are danger for their fiats. They try to ban Libra, restrict cryptos by ridiculous legal ordinances such as the case of some Asian countries or try to tax the cryptos earnings. Whatever they do, they won’t be able to stop people’s intention of saving their assets and wealth.

As I was born in a communist country, I can tell you that people always find a solution how to get away with the government bans.

When your wealth or future income or pension is under the threat of being lost, reduced – you as a citizen just try to secure your money, no matter what it takes. There are also people who ignore it and they don’t do anything – that’s their decision and their free will.

So therefore I believe in Bitcoin because actually these might be really the last days or weeks we will ever see it that cheap. That cheap means below 10,000 USD.

I wanna hear your opinion and I am looking forward for your comments.