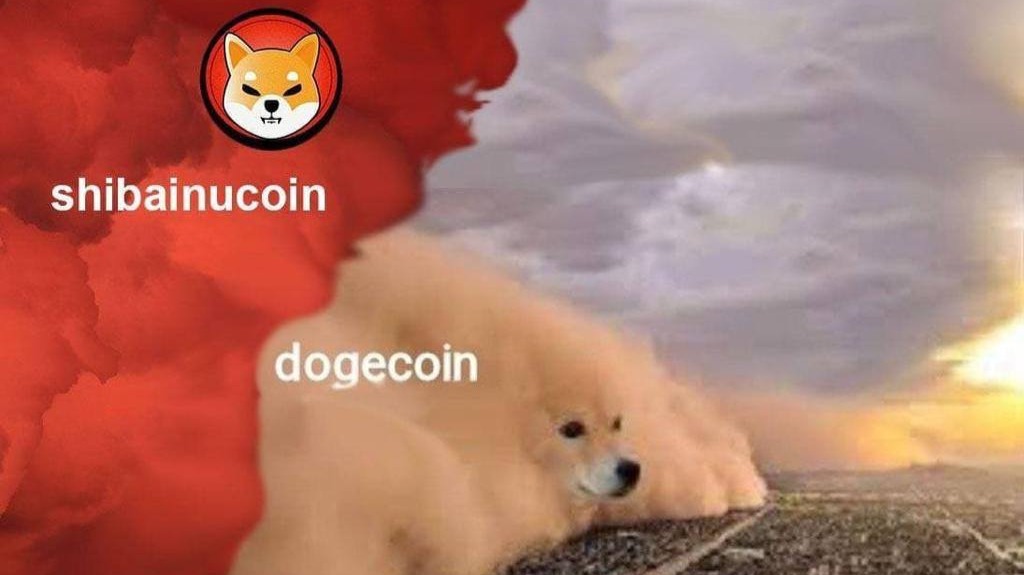 Shiba about to assassinate Dogecoin

Good morning everyone, the market today, May 10, woke up very active from early, with green numbers and one of the protagonists of last weekend is nothing more and nothing less than Shiba Inu (called the doge killer).

the crypto meme that alludes to the crypto dog breed Doge, created to replace Doge and with a limit of coins, is being a success reaching records and many of Doge already go to Shiba Inu.

why did shiba explode?

Shiba averaged $ 0.00000109 before the weekend, I arrived on Saturday and there is a reply tweet from Elon Musk naming the shiba breed, that was enough for Shiba to start climbing almost 100%, but the rally did not end there . Sunday arrives and the news that several exchanges, including Crypto, listing Shiba, made 500% totally insane, removing a zero from the decimal places of him.

read the next post The market explodes for Shiba Inu! I wrote it on Sunday, May 9 in the morning when it reached 200% so that you can see the evolution it is having

what is happening now?

Today, Monday, May 10, a tweet from Elon Musk announces that Doge will be the first crypto in the space, all looking for the rise of Doge. 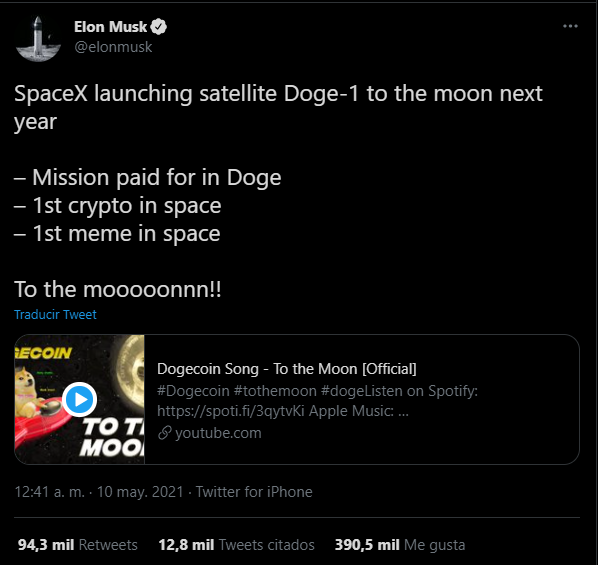 but that it would be overshadowed a few hours later by Binance announcing the price of Shiba's crypto. a surprise for the exponentially growing community of him, which caused many of those who were with Doge to switch to Shiba, which despite being very volatile is having unimaginable gains for the holders of this crypto. 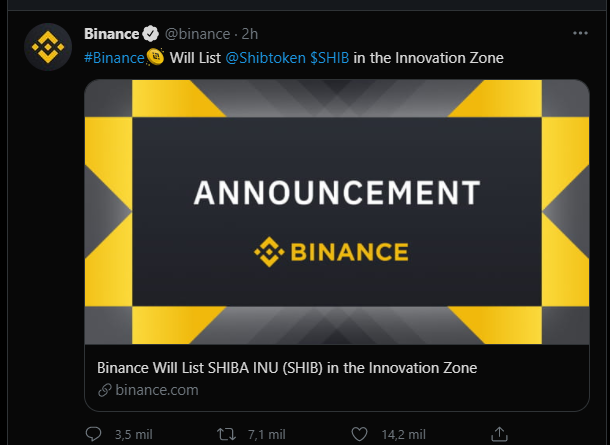 The news that Binance will include Shiba ran very fast as dust and sent Shiba flying for a 113% profit in an hour, and with a 9.65B capitalization entering the top 20 on CoinMarketCap at the time of writing this post, but even so it dawns in other places and it is very likely that it will continue to rise, or fall by Binance, since it is not a secret that every crypto that Binance lists, falls due to the massive sale, although Binance is a very large market and can go up massively. 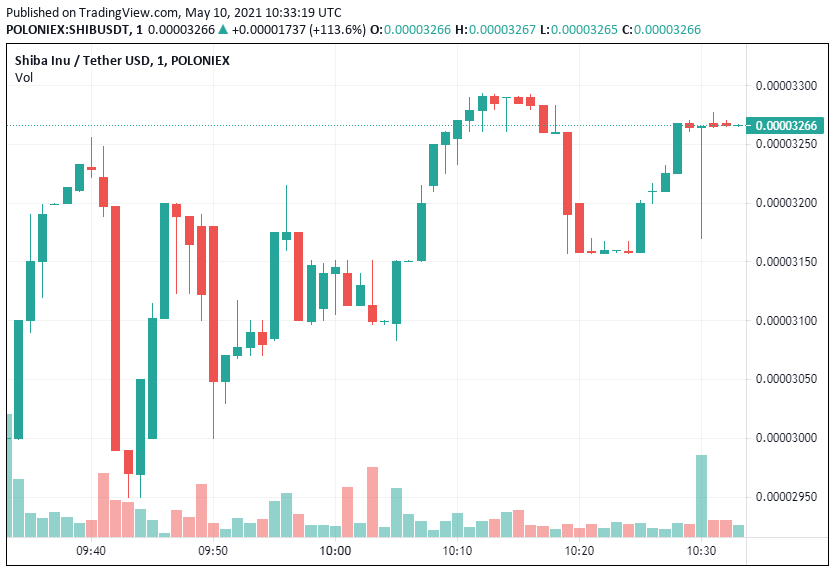 Remark: Shiba Swap is not ready and is still reaching highs.

What do you think will happen?