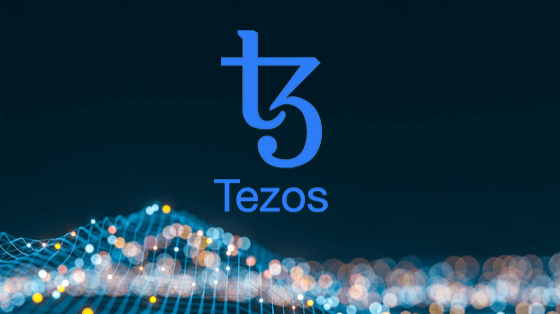 As we close out 2021 and enter 2022 in the world of crypto, Tezos the coin and Tezos the chain continue to remain off the front page so to speak and out of the limelight for the most part.  From an investment standpoint as we pursue asymmetric opportunities for potential 'winner takes all' or 'winner takes most' outcomes, we like this.  Leave the hype to the ETH cult and legion of white labeled ETH copycats and their flock of respective disciples.

Let's jump into some data, but prior to that here are a few other pieces we published about XTZ on this platform which we are happy to support:

OneOf and Tezos and the Grammy Awards

Here is a graphical representation from the mainnet on the growth in Tezos contract calls throughout the last year or so: 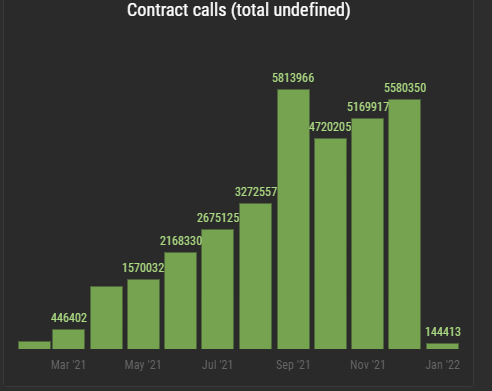 We realize contract calls can be "jacked up" when the numbers aren't huge yet by an NFT release or new platform or whatever.  That said - it's clear that overall usage of the Tezos network exploded in 2021 far above levels seen in 2019 and 2020.  Tezos woke up in 2021.  It became a real thing.  For some perspective, the numbers for December are 23% of the contract calls for Ethereum in the same month in terms of total transaction volume.  One way of looking at this is to say that Tezos has about 25% of the activity of Ethereum, yet the market value of Ethereum is 108x that of Tezos.  Almost 74% of the overall Tezos supply is staked (one could view that as somewhat "locked up") for the network that has been paying out staking rewards like clockwork for years while Ethereum keeps talking about talking about doing it.

Here is a little more context for you as well - the below graph is the same as the one above except it gathers data from less than 48 hours after initial publication of this post: 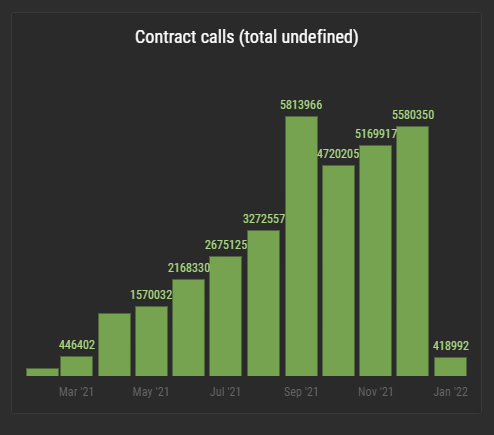 You can see that in less than 3 full days of January of 2022, the Tezos network already has almost as many calls as it had for the entire month of March of 2021.  Tezos is growing in terms of adoption and usage no doubt about it.

Tezos now has 16 NFT platforms and 15 NFT gaming platforms running on its chain.  In addition, there are now 7 decentralized exchanges, 18 DeFi apps, and 3 native oracles all using Tezos as well.  High profile names and projects such as OneOf and Doja Cat brought more attention as well.

Without getting too detailed and bogged down in TA, it's clear that overall price and volume action grew meaningfully in the last year.  It's no surprise either for anyone to notice that Tezos remains within an overall range and set of trend lines while setting a series of higher highs and higher lows.  Looks like it continues to build more and more of a coiled spring effect.

And the market says ETH is 108x the value of XTZ.

Why Did China Ban Bitcoin Mining 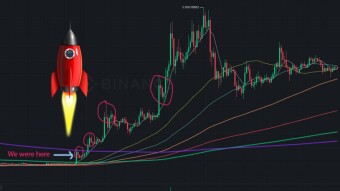