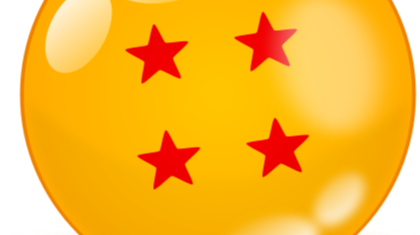 Having grown up watching the animated version of He-Man, Superman, Spiderman, and the likes, there was this love for these types of series. They were cool, and it was available at a time when Japanese animated versions were yet to be seen.

It was only in the early nineties that I got a glimpse of Japanese cartoons. Most of them were about robots that were dynamic and changed shapes to beat bad guys. In fact, one of the firsts that I watched had this robot that could turn into a spaceship when not in combat. ***I don’t remember the name of that series. If anyone does know what I am talking about, do let me know the name of that anime series.***

Anyway, coming back to my favorites here is one more gem from the Japanese sans. I am talking about Dragon Ball Z. It was in the mid-90s that I saw the cartoon in my country. I was an instant fan.

Let’s get to know more about the Dragon Ball series.

Dragon Ball Z's concept was not too different from a He-Man or a Superman; that is, the good guy stood for the world while bad forces tried to destroy the planet. Much like all animated series, the Dragon Ball series also started as a manga (or comics).

A bit of the background to the series can be found on Wikipedia. The comics version turned to an animated television version in 1989. Here is an excerpt from Wikipedia:

The manga portion of the series debuted in Weekly Shōnen Jump on October 4, 1988, and lasted until 1995; the anime adaptation premiered in Japan on Fuji Television on April 26, 1989, taking over its predecessor's time slot, and ran until its end on January 31, 1996, lasting 291 episodes in Japan, and 276 episodes in the United States originally, although all 291 episodes were later broadcast when content from the first 67 episodes was restored.

Those still scratching their heads trying to figure out what series I am talking about, here is the Dragon Ball Z Theme Song in English:

Able to relate now? I bet you would.

The series was quite a hit, and Goku was famous around the world. There are enough and more comparisons of Goku with Superman or Saitama, the other superheroes of the realm. That would give you an idea. The popularity was enough to compel the gaming corporations to come out with Goku and Vegetta themed games.

That was the cool and exciting part about the whole Dragon Ball series! But what is my impression about the same?

My Love for Dragon Ball Z | Goku, the Japanese Superman

The first time I saw the Dragon Ball series was on the Cartoon Network, and I was fascinated by the hero. The hero was, of course, Goku, but what he did was the fun part. In the opening series that I saw, Vegetta, a Saiyan Prince, comes along with his compatriot to get one of the Dragon Balls (now you understand the series name) on Earth. Anyone getting all the seven Dragon Balls could summon the Dragon and get their wish fulfilled. Needless to say, Vegetta wanted it to get the Dragon Balls to become the most powerful in the universe. I bet you would have guessed that. 😊

But what happens to them on Earth is what sets up the episode and the following series in the storyline. The opening that I remembered was Vegetta and his evil companion, Nappa, coming to Earth. Here is one snippet.

As the episode progresses, all the defenders of Earth are soon beaten by Nappa alone. That is until Goku arrives. Goku warns Vegetta enough, but Nappa wouldn’t back down. Then Goku had to talk to Nappa in the only language he understood – fight.

It doesn’t take Nappa to learn that Goku is way stronger than him, and so in a fit of rage, he tries to kill Gohan and Krillin. Watch what happens:

I am sure you would have been loved that. The guy who was pulverising Earth’s defenses was beaten fair and square by Goku. Notice that Goku didn’t even break a sweat. But that changes when he fights Vegetta.

Anyway, this was the first of my favorite animes from Japan. Not only did I love this one episode, but all through Goku’s journey of fighting and defeating even stronger opponents. Did you know that Vegetta and Goku eventually become friends? Yes, they do.

Those who like animated fights or fights between good and evil and the likes would love Dragon Ball Z. So, head over to the virtual portal and find Dragon Ball Z and watch! 😊

There’s the story of my favorite anime. How did you like it? I am sure you would have enjoyed reading about Dragon Ball Z. Imagine watching it.

The series gets interesting as you realize that Vegetta is not the one wanting the Dragon Balls; rather it is Freiza, the evil taskmaster. Goku then fights Freiza and other strong opponents in safeguarding the Dragon Balls. Eventually, Goku prevails.

**Video Courtesy:** As posted on YouTube by the respective owners

This blog would have an amalgamation of topics ranging from crypto to movies to business endeavors. Though, all of them will be coming with my personal experience and opinion! 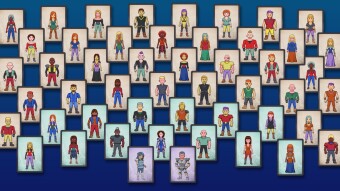 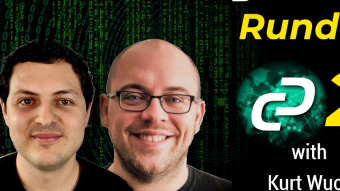