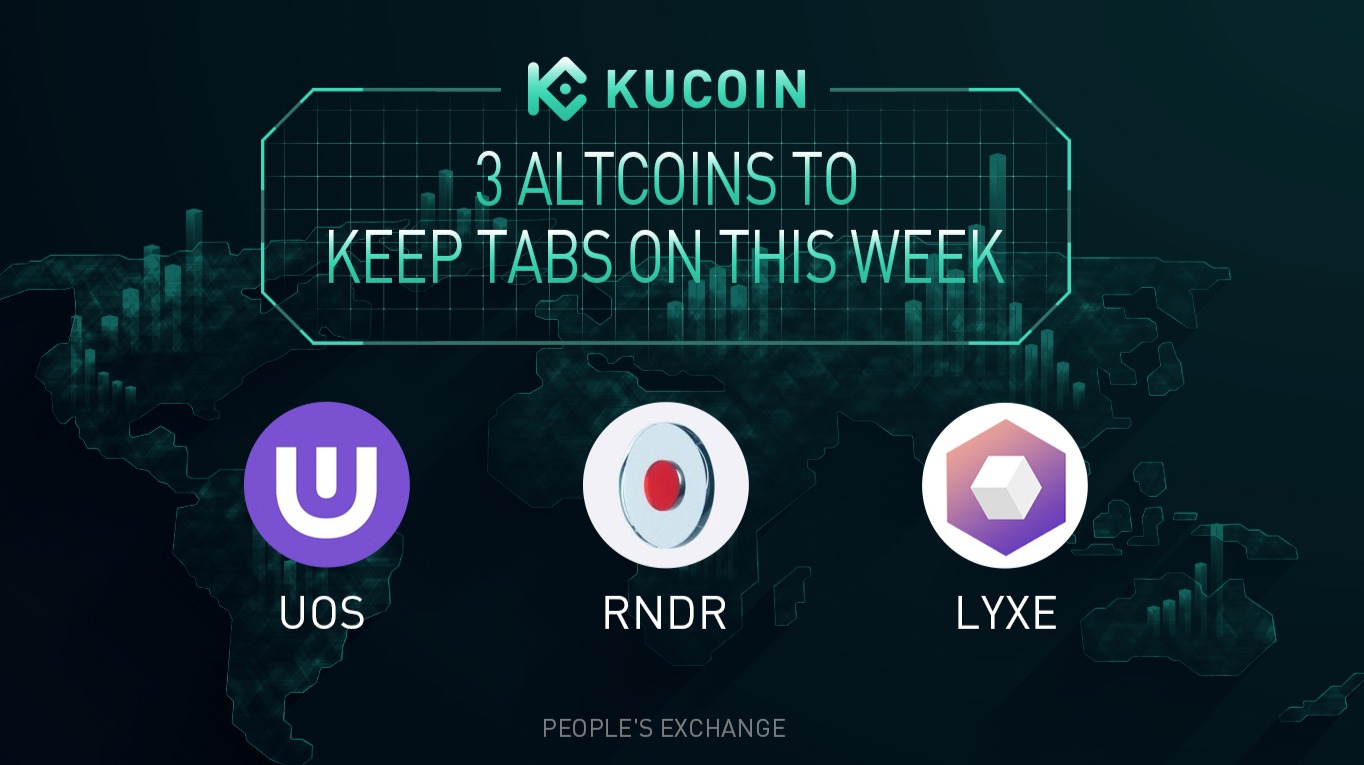 We saw a little bit of action this week, bucking the recent trend. Bitcoin saw its value jump from $34,761 to $41,355 in the space of a couple of days, jumping almost 10% in one day. This all comes back to Elon Musk and Tesla once again. He stated that Tesla would once again explore accepting Bitcoin for payments if miners use a ‘reasonable’ amount of clean energy for their operations - supposedly around 50%. Following this though, the price dropped once more.

The big news for Ethereum this week is the upcoming London Hardfork. The upgrade is coming in July and in the meantime, its price dropped to $2,041 this week.

Then there is KCS, which jumped to above $9 on Thursday following the launch of the KuCoin Community Chain (KCC) mainnet. As the chain continues to develop, KCS will become even more central to the platform.

Of course, that isn’t all that has been going on. We are taking out the binoculars and focusing on another great sector of the crypto market. This week, you’ll find that companies such as Porsche and even Hollywood are getting involved, making it clear that interest in this sector is not slowing down.

That is why NFT projects have shifted into the limelight in recent times and have even started to reach headlines outside the crypto news network. They make for a great use case for crypto, after all. With that said, here are 3 NFT projects you should get to know: UOS, RNDR, and LYXE. 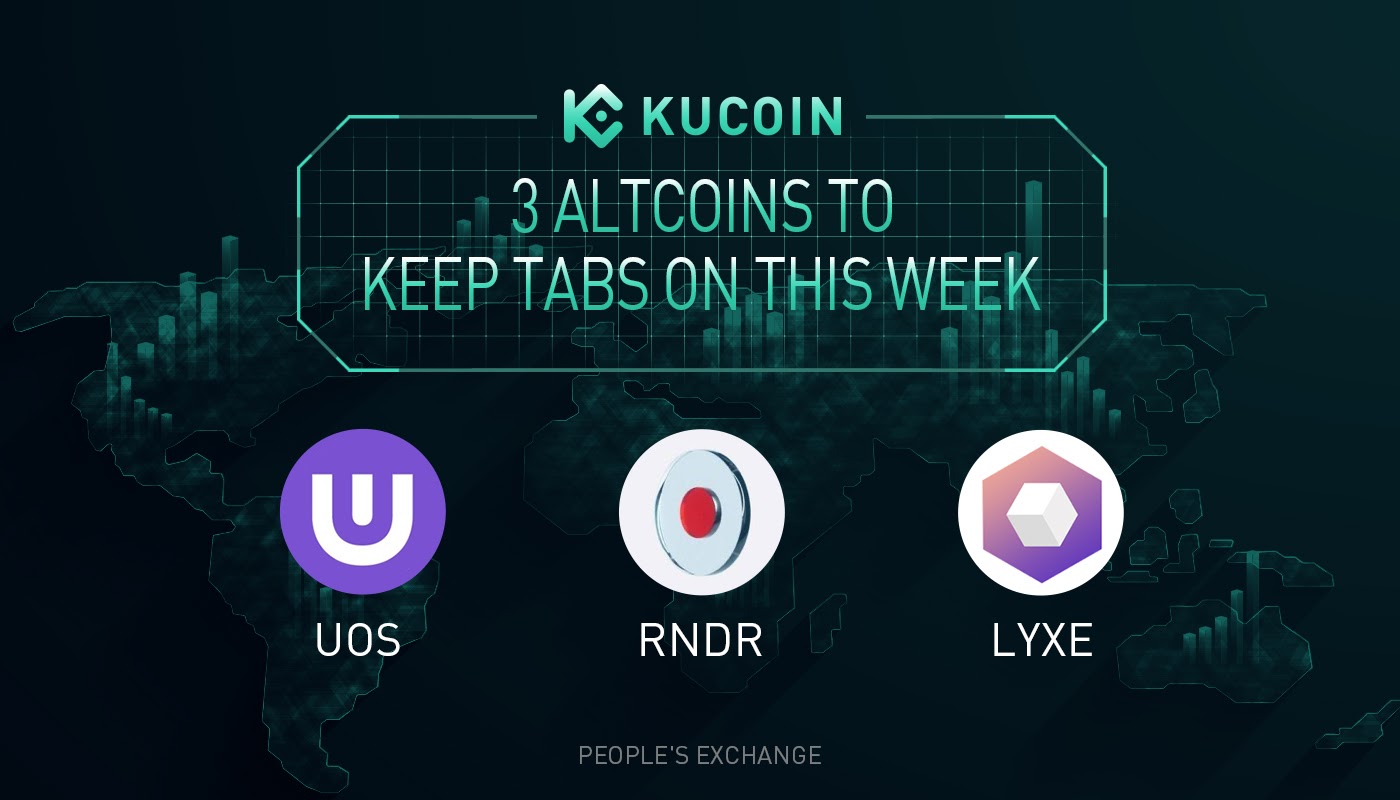 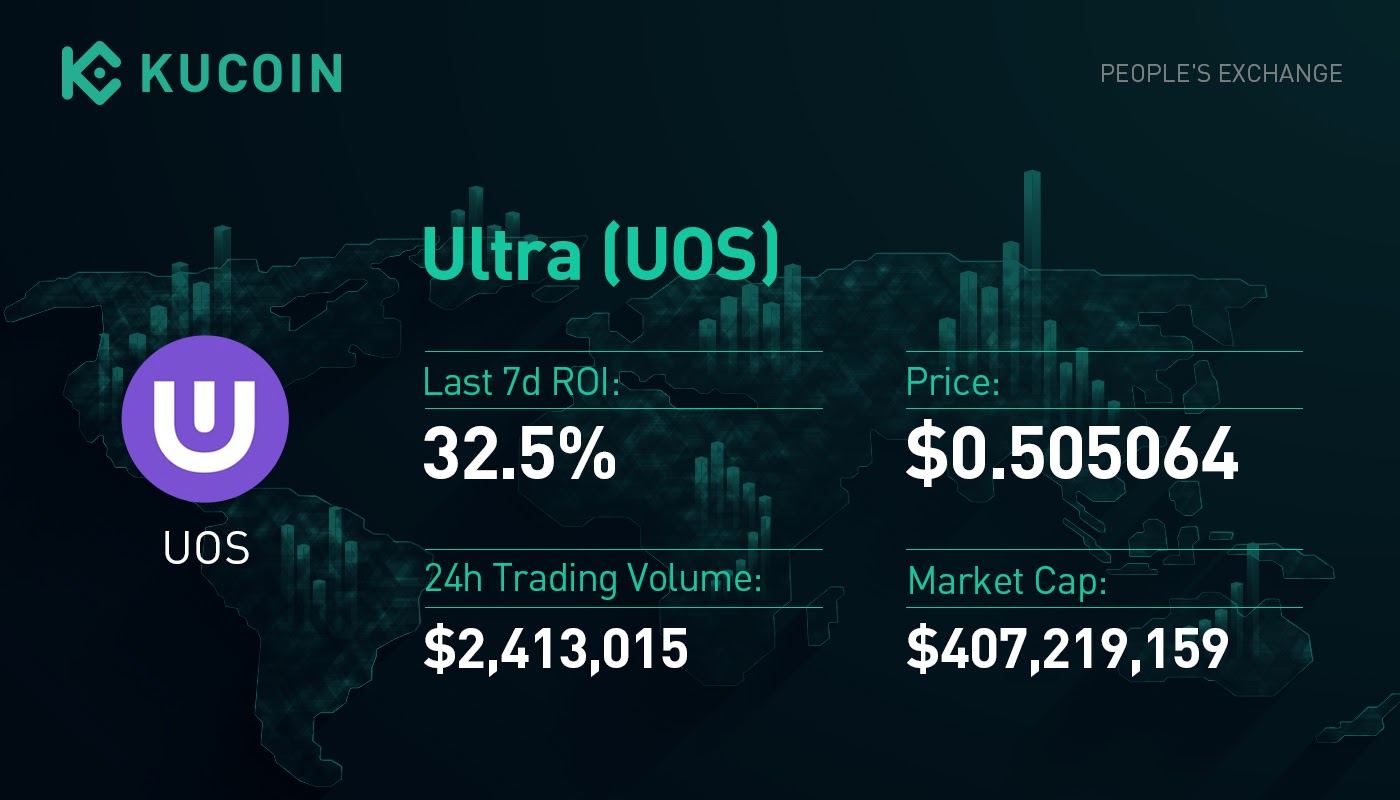 Ultra is an entertainment platform and ecosystem, bringing the blockchain revolution to the gaming industry. It provides a variety of services such as helping users discover, buy, and play games, watch live-streaming feeds, interact with influencers, participate in contests, compete in tournaments and more.

The UOS token facilitates the purchase of games, virtual items and more on the Ultra platform.

One of the biggest influences on UOS’ price increase is the excitement surrounding the mainnet launch. The team is also growing in order to keep up with development and demand on the platform.

A lot can also be said about its NFT services and the general growth in interest of blockchain gaming. It makes for a very easy way to get onboard with the crypto market while learning the fundamentals.

Trade UOS and 300+ other altcoins on KuCoin. 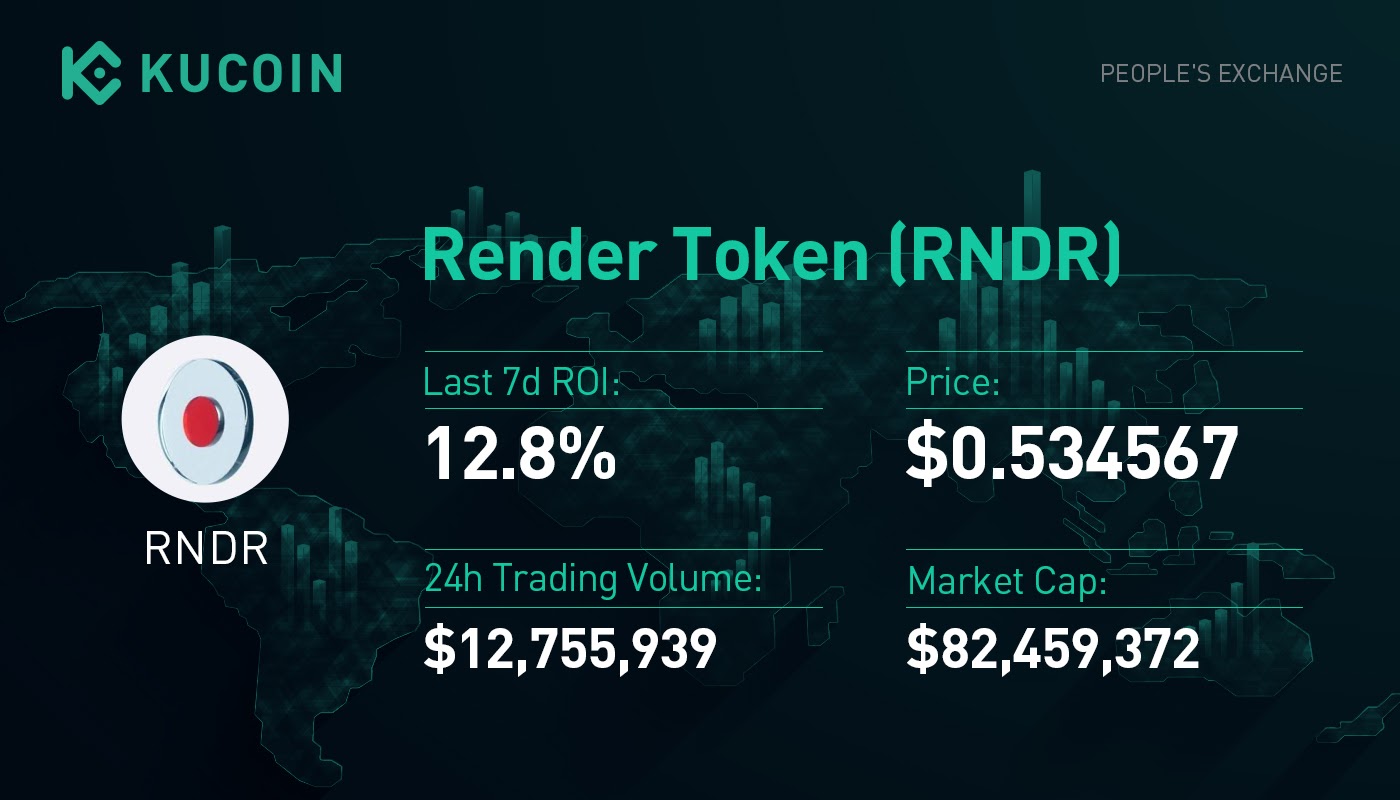 The RNDR token is used to pay for computer graphics animations, motion graphics and motion picture VFX rendering on the distributed RNDR network.

RNDR is proving to be popular with online 3D artists. This seems to have culminated in popular 3D render artist Beeple bringing his expertise to the project as part of RNDR's Advisory Board. This kind of support from such a big name in the industry seems to have pushed up interest in the token.

Adding to this, there is a supposed wave of hype coming from Hollywood, as they begin to explore the potential of NFTs in the movie industry. Render Token would be set to benefit from this bug time, of course.

Trade RNDR and 300+ other altcoins on KuCoin.

LUKSO is a blockchain infrastructure, which initially launched as KuCoin’s 6th Spotlight project. It offers the power and versatility of a public and domain-specific blockchain to apply standards and solutions for physical and digital consumer goods.

The LYXe token is the Ethereum equivalent of LYX, which is the native token of LUKSO, being used to pay for transaction fees and staking to participate in block production.

Did you hear about Porsche launching its own NFT-based trading card platform? It is known as Fanzone, and will allow users to acquire, trade, and play with their cards. The cards themselves are based on football players, each with their own unique traits and stats.

Most importantly for today, this NFT platform is being powered by the LUKSO blockchain. This is a major new development for the project and shows a high level of belief in their platform. This in turn has brought more attention to the project as football fans want to get involved.

Trade LYXE and 300+ other altcoins on KuCoin.

NFT Gems to Look Forward to This Week

The NFT craze seems to be here to stay. For that reason, KuCoin recommends checking out these 3 projects: MEM (MEME.COM), XCAD (XCAD network), and RMRK (Kanaria). These have some great potential in the NFT side of things, and so are worth a look.