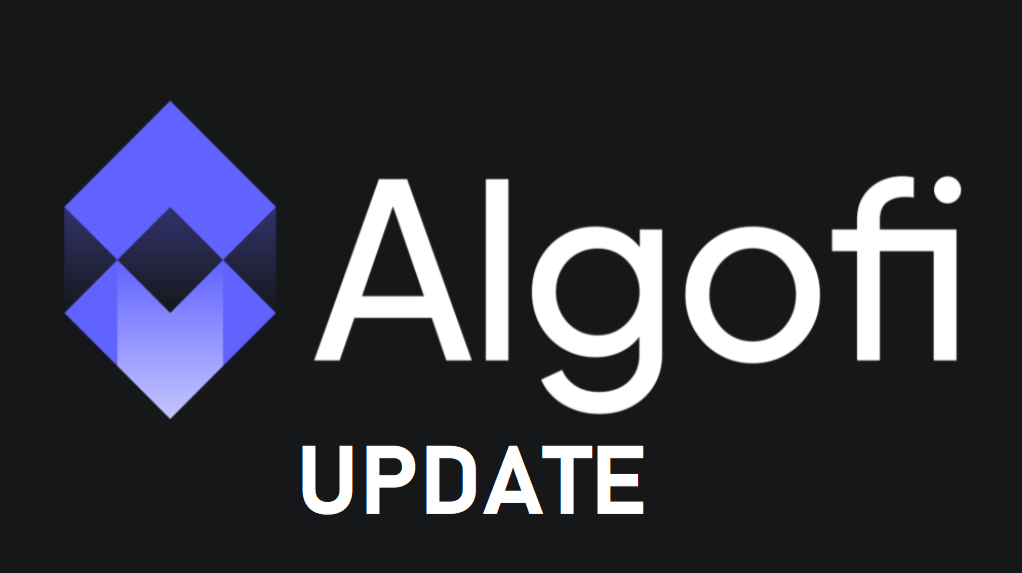 Update on AlgoFi: A Lending Protocol and DeFi Beast on Algorand

AlgoFi is a DeFi application on Algogrand. Initially it launched only as a lending protocol, where you can earn a yield by depositing ALGO, goBTC and goETH. You can also use your provided tokens as collateral to lend other tokens or mint a decentralized stablecoin called STBL. I wrote a post about it before it launched but since then there has been a lot of development and new features were added, so I wanted to give a quick update. It seems like AlgoFi will evolve into a DeFi beast that will unite all kinds of DeFi tools in a single platform.

The lending protocol has been available since the launch of the dApp. You can lend and borrow ALGO, USDC and wrapped BTC and ETH. This allows Algorand users to earn passive income, participate in leverage trading or to short a borrowed token.

The STBL stablecoin has also been available since launch. Quickly after that the developers added a staking feature for STBL to let you earn the stability fee. At the time of writing this, you can mint STBL with a borrow interest rate of 4% and you can stake it for a 7.50% yield, meaning you can earn money by borrowing STBL. In order to promote more liquidity for the STBL token, there has also been a farm for STBL-USDC LP tokens from Tinyman that distributed more STBL, which also gave you a high yield. Keep in mind that you need to deposit collateral to mint STBL and should the price of your supplied assets tank, then you could lose more than what you borrowed, so while there are ways of earning a high yield by minting STBL, it is still risky.

A few weeks ago, the platform has also launched its very own decentralized exchange. The liquidity is currently much lower than on the Tinyman DEX, but it’s growing thanks to the farms that AlgoFi has also launched. With the farms you can earn STBL, ALGO, or the native token of partnered projects if you stake supported LP token from the AlgoFi DEX. This two features could elevate AlgoFi from a simple lending protocol into a DeFi giant that offers all kinds of applications. Previously, AlgoFi was "only" the first lending protocol on Algorand, now it is also competing with the Tinyman DEX and also the Yieldly Launchpad.

Even better than that is that AlgoFi is now distributing ALGO as additional rewards. The supplied ALGO that is used for lending is still accumulating more ALGO like how it would if you would hold it in your wallet. Now this additional ALGO is distributed to lenders and borrowers. STBL for example has a borrowing APR of 4% but also an ALGO reward APR of 5%. When they added this feature they also retroactively distributed ALGO to the users and airdropped some to early users, especially the users of the test-net version.

Needless to say, the users and fans of the AlgoFi platform were ecstatic about all this development and airdrop of ALGO. However, there are still some things missing, mostly its goverance token.

What will happen in the future with AlgoFi?

The platform is currently not decentralized and has not launched its BANK governance token yet. Initially they wanted launch the DAO in early 2022, but since they wanted to add all this new features they delayed that to Q3 or Q4 of 2022. This puts the platform at risk because it’s centralized and entirely controlled by the founders.

The exact tokenomics are also still unknown. We only know that 51% will be distributed to users, this could be thru airdrops to early users and thru rewards to lenders and borrowers. The remaining 49% will go to the developers, investors, the community treasury and the like. The exact mechanics of the distribution are unknown right now.

The protocol offers many great ways of earning a yield and has an insane potential and could become the biggest dApp on Algorand, and since Algorand offers extremely low fees and high speed it could grow to be of the biggest DeFi projects across all blockchains. However, it is still early in its development and it will take a while for the platform to become decentralized. But it should definitely stay on your radar and if you use it you could qualify for future airdrops.

If you want to use AlgoFi, then you can do that with a My Algo Wallet if you have some ALGO.