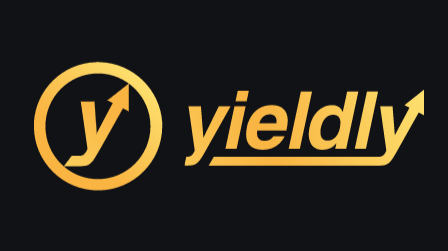 Algorand is a popular smart contract platform that is being adopted by many different institutions and even governments. Naturally DeFi projects are also being built on it, one that is growing in popularity is called Yieldly and it offers a great way of farming more tokens.

Yieldly offers a no lose lottery game that is fairly simple. ALGO hodlers are earning staking rewards simply by holding ALGO in any non-custodian wallet. Participants of the lottery stake their ALGO into a pool, the pooled ALGO will receive staking rewards and each week a new winner is randomly selected and earns 85% of the staking rewards of the pool. You can imagine the prize pool like a collective savings account where the winner gets the interest of the pooled money.

It’s not entirely a "no loss" lottery, because there is an opportunity cost as the losers would have gotten more ALGO by simply holding it, but they didn't lose any staked ALGO and had the chance of winning big. The more people are playing the lottery, the lower the chance for you to win but the price would be bigger because there would be more staking rewards. The more ALGO you stake the higher the chances that you win, each ALGO stands for one lottery ticket.

Everyone who is placing their ALGO in the pool is also earning YLDY tokens for doing so. This token can then be staked on the Yieldly platform to earn ALGO rewards, as well as more YLDY tokens. The winner of the game only gets 85% of all the staking rewards, the remaining 15% are distributed amongst the YLDY stakers. The amount of YLDY tokens you receive for staking ALGO or YLDY depends on how much you stake but also on how long, the longer you stake, the higher the proportion of new YLDY tokens. 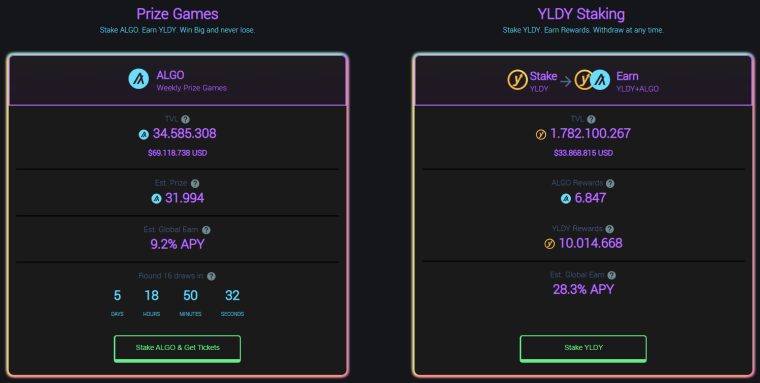 By earning YLDY tokens, the losers of the lottery still gain a valuable token that gives them the opportunity to earn ALGO from the game. The value of the token depends on how many players the lottery has and how much ALGO is being staked because their owners get 15% of the price pool interest and the pool will be bigger with more adoption.

I think the project has a lot of potential. They say that the lottery is just an idiot tax, but in this case the losers are still earning something. Considering Algorands popularity and the fact that using it is very cheap because the transactions fees are so low, I would be surprised if there wouldn't be a huge demand for YLDY soon.

Farming YLDY tokens and using the Yieldly app is very easy and requires no explanation. You just need to use the My Algo Wallet and connect it to the Yieldly site. It’s very user-friendly. However, buying YLDY tokens can be a little bit difficult because barely any exchange has them, so here is a quick guide.

While you can technically buy wrapped YLDY on Uniswap and then bridge them to Algorand, you really shouldn't do that. The gas fees would be insane, you could easily pay more than $60 in fees. The better, cheaper option is to buy them on MEXC Global, which is currently the only trustworthy exchange that has them. MEXC Global doesn't require KYC for trading and withdrawing if that concerns you.

I hope you liked my article and that I could help you get into YLDY if you wanted that. If you are interested, there is a similar lottery game on the Tezos blockchain called Magic Button, I wrote a post about it recently.