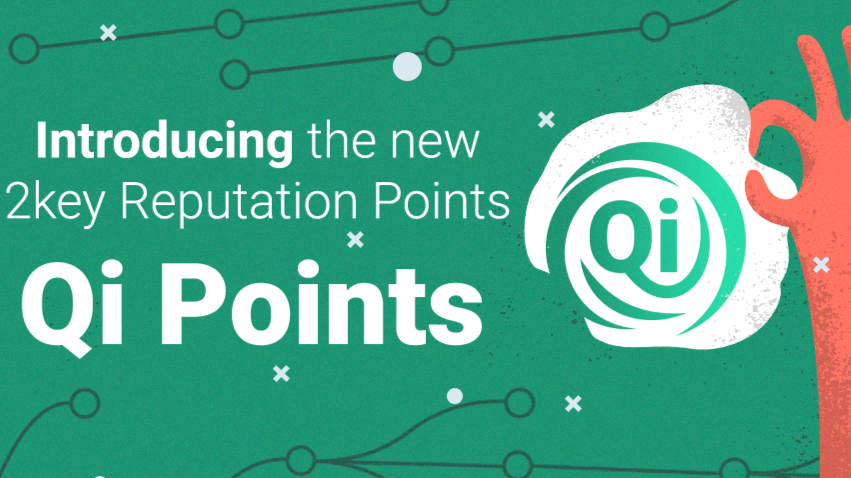 If you share links with anyone, you could be earning crypto just by turning your link into a SmartLink before doing so.

Every time someone opens the SmartLink, you earn. Even better, if someone shared your SmartLink with the Refer & Earn button, both you and the referrer earn. These earnings are cumulative as described below.

Earn at least four times every time you share any link. The first time is when someone opens the Smartlink you shared, the second and third times during the two subsequent epochs from your activity in the two previous epochs (1/2 and 1/4 respectively), and the fourth time from the cumulative reputation you build over time.

You can also earn from staking 2KEY tokens.

where the numbers in green equal the number of 2KEY tokens earned.

You can check a detailed analysis of five active users' earnings in this article (hyperlinked with a 2key Smartlink, so opening the like tips the original writer.) The article details exactly how cumulative earnings work with actual figures.

What are Qi Points?

The purpose of QI points is triple:

In the future, Qi Score will be used for additional functions, i.e., enabling sponsors to select users with a minimum Qi Score to share their SmartLinks, qualify as a validator, and more.
‍

‍‍Qi - 氣  (Pronounced "chee")  is believed to be a vital force forming part of any living entity in traditional Chinese culture, and SmartLinks are the vessel that carries humans’ vital need to communicate and boosts that vitality by rewarding enriching content sharing.

How do I Earn Qi Points?

2key protocol enables granular genealogical attribution of each interaction with a SmartLink to the entire referral chain leading to it. When a conversion occurs (click, purchase, donation), the 2key protocol allows rewarding each member of a referral chain with Qi points allocated as described in the table below: 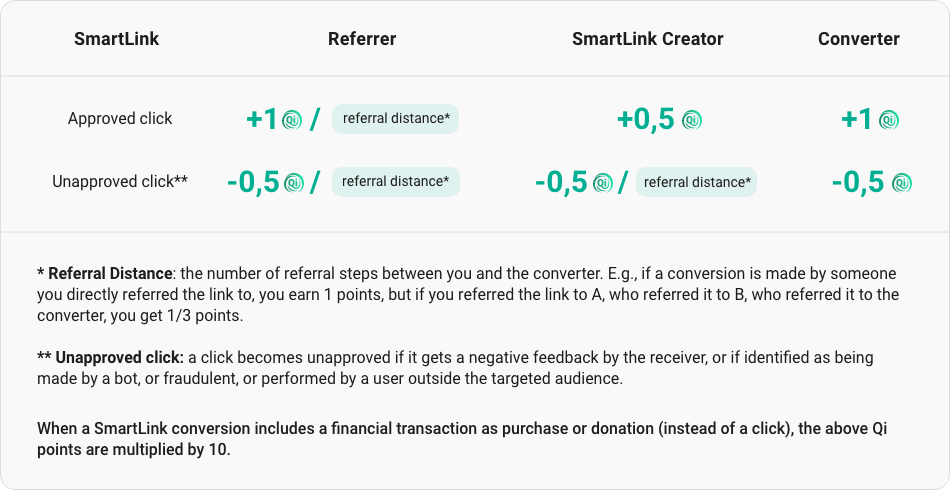 In addition, you can earn or lose Qi points from feedback as follows: 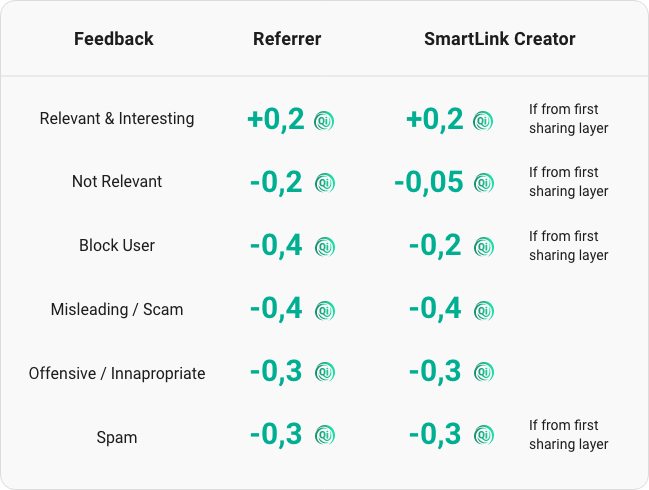 Qi points are earned or lost but never bought, so your Qi score is entirely in your hands.

An example of a rewarding SmartLink: 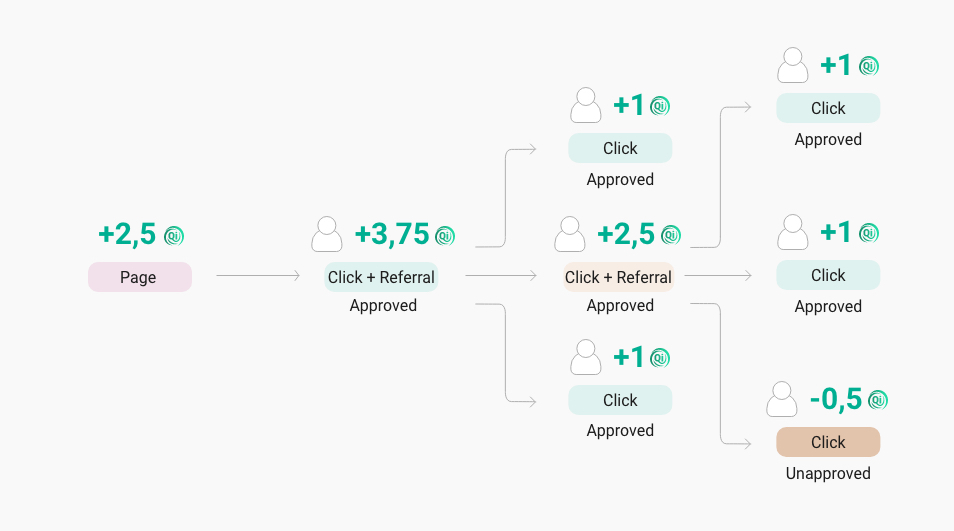 Example: A SmartLink that received 6 approved clicks out of 7, in 3 layers referral chain.

‍How Much is one Qi point worth?

The value of individual Qi points varies every epoch.

20% of 2key network’s total 2KEY tokens supply (120 million 2KEY) is reserved to the community rewards for at least a decade, with an epoch budget fluctuating proportionally to the activity on the network.

You can always check both your estimated Personal and Network Rewards for the active epoch from your account “My activity” tab or your page’s Dashboard Network tab.

What happens when the reserved 2KEY tokens budget is spent after 10 years?

Replenishing that budget is fully integrated into 2key tokenomy, as 255 of 2key network fee is taken out of circulation and into the deep freeze pool contract, where it is locked for at least 10 years, after which it will be used to replenish the Reputation Mining pool.