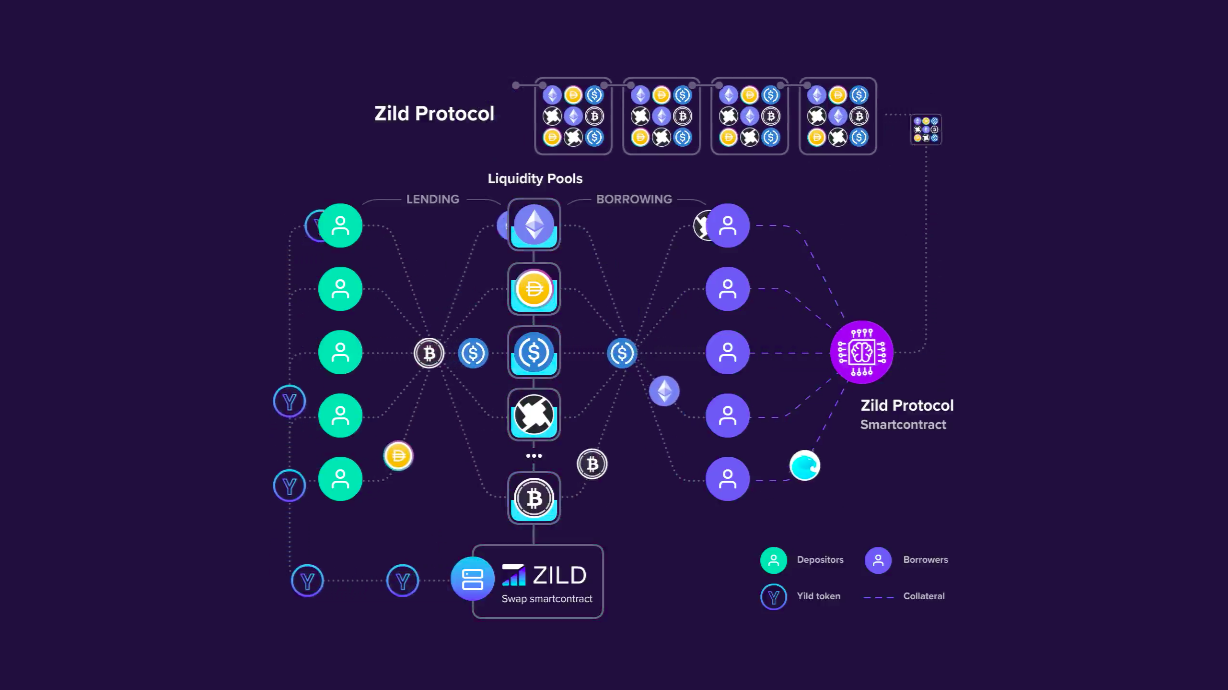 A few banks have monopolized the global finance industry. But has the current financial system been successful in providing financial access to everyone in the world? No, the global banking sector has not been successful in providing financial access to a huge section of the world population. In fact, the current unbanked population stands at 1.7 billion adults globally. So, what may be the reasons for this failure of the global banking industry?

That is why Zild Finance is bringing uncollateralized loans to the Decentralized Finance space, also known as DeFi. It will enable a majority of the population to borrow with limited entry requirements. So far, secured loans have played an instrumental role in the DeFi space.

The DeFi lenders took ERC-20 tokens as collateral and lent stablecoins and fiat currencies to the borrowers. Till now, secured loans have acted as security for lenders as they can sell the collateral to regain the losses. But the requirement of collateral to borrow is also one of the impending factors that are preventing a majority share of the global population from borrowing through the DeFi lenders.

What is Zild Finance?

Zild Finance is a DeFi protocol that leverages blockchain and smart contracts technology and combines it with traditional financial instruments. A user can get loans in different cryptocurrencies on Zild Finance’s platform. They can also earn interest by granting a Crypto-based loan through the Zild Finance’s platform. At the same time, the users will receive Zild tokens for contributing to the Zild ecosystem.

There is a big difference between Zild Finance and the banks. The banks have a central hierarchical structure whereas Zild has a decentralized system of operations. The Zild community has the deciding authority over the matters of token circulation. Hence, the individuals and communities that are part of the Zild ecosystem are at the helm of the steering wheel. All Zild users have access to all tools and services within the Zild ecosystem.

You can call Zild’s decentralized lending platform an investment & commercial bank as it operates as a typical investment & commercial bank. It allows its users to lend and borrow tokens on the blockchain. The rate of interest is the one that is mutually agreed upon. The supply and demand method determined the lending rates on the Zild platform. A person without a bank account can earn interest income on their savings through Zild.

Importance of Reputation System in DeFi

Do you think that the crypto lending platforms are yet truly decentralized? They are not! Many still rely on reports from the credit rating agencies. Indeed, a crypto lending platform should not rely on credit reports that the traditional financial institutions use. Yet they should not be rejected either. Believe it or not, centralization is still an important part of the user onboarding process in DeFi.

What DeFi space requires is a reputation system — The one which is accredited. It will play a significant role in building trust between the lenders and the borrowers. Thus, a reputation score will help lenders make a better decision to lend even when there’s no collateralization from the borrower’s end.

Zild Finance has three token types of tokens. These are Zild, Yild, and Xild. Of these three, Zild token plays the role of a governance token. It will enable the token holder to take part in the decisions about the development of the Zild Finance project. The Zild tokens holders will also profit from the price appreciation of the token.

Yild is the second token of Zild Finance. It will play a role in facilitating communication on Zild Finance’s platform. It is a synthetic token and the user will receive Yild token for providing funds to the liquidity pools. The third token is known as Xild token and it will act as a reputation token.

A user will receive Xild tokens as a reward when they repay the loans on time, regularly adding funds to liquidity pools and generally for good behavior on the platform. The users can reduce their collateral amount through Xild tokens. It is to be noted that the Xild tokens are non-transferable and cannot be sold. Hence, users won’t be able to transfer Xild tokens to another user.

Learn more in the Zild blog.