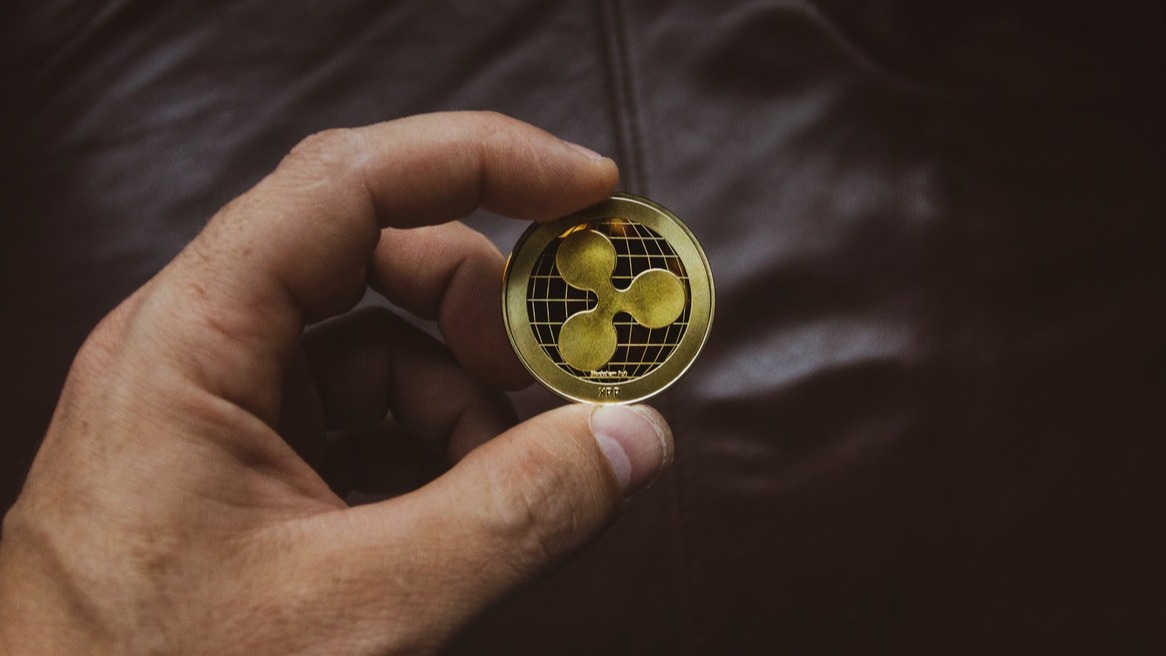 Who Really Invested and Founded Ripple? - Behind The Curtains

Ripple’s origins is an interesting and storied one, as tends to be the case with most major cryptocurrency projects. Jed McCaleb, an extremely prominent figure in the crypto industry, originally conceived of the idea of a cryptocurrency that established consensus between members without the need for mining, who then approached current Ripple executive and Chief Cryptographer and David Schwartz and Arthur Britto, the latter two contributing to the development.

But much before that, Ryan Fugger, a web and decentralized systems developer, had been working on a community project that for the most part (on a fundamental level, anyway) is similar to the solutions that Ripple is providing today. Fugger no longer works for the project and is not officially recognized as a founder of Ripple. Fugger’s idea for Ripple comes from far back as 2004 and its first manifestation was called RipplePay. Discussions with Chris Larsen and Jed McCaleb led to the latter two taking over the direction of Ripple.

Having taken over the reins from Fugger, the Ripple protocol then began to be developed by Ripple Labs. Ripple Labs was originally called OpenCoin and was founded by current Ripple board member Chris Larsen and Ripple executive Jed McCaleb - both of whom we shall talk about shortly.

Larsen and McCaleb then became the founders of Ripple, an endeavour that, as confident as they are in the value of an Internet of Value, even they would not have believed would have grown so much and so quickly.  Ripple places a large emphasis on establishing an Internet of Value, a term used to describe a new kind of digital financial transaction system where value can be exchanged virtually instantaneously - the idea goes beyond just fiat and crypto funds, encompassing such things as loyalty points and airline miles as well. Indeed, it has done so well in developing and marketing its vision that the sheer number and quality of partners is staggering.

So who were these people who came up with Ripple, as we know it today? 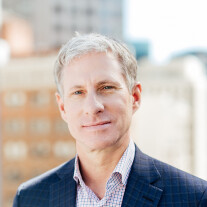 Chris Larsen is no stranger to software and services that benefit the consumer, the person at the end of the financial service who always seems to have the worst cut of the deal. Larsen is a prominent investor, having invested in several Silicon Valley startups.

His experience covers founding the online mortgage lending platform E-loan, which even reached a valuation of $1 billion. In 2006, he co-founded Prosper Marketplace, which owned Prosper.com, a platform that lets users borrow money and invest in personal loans. He served as Chief Executive Officer (CEO) at Prosper until he departed for the Ripple venture in 2012.

Larsen also served as the CEO of Ripple until 2016, at which point he relinquished that position to Brad Garlinghouse, now serving as the Executive Chairman.

Larsen is well-known for his consumer friendly views and his decades long career speaks to his enthusiasm for developing solutions that benefit the end user. In 2018, Forbes estimated Larsen’s net worth to be $59 billion, making him the fifth richest person in the world. 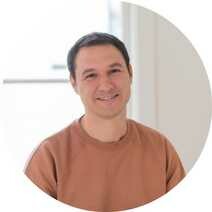 Jed McCaleb is a distinguished figure in the blockchain and cryptocurrency space. The mind behind several very well known initiatives in the space, including Mt. Gox (he left before it went downhill), McCaleb had achieved significant success with several P2P initiatives before, most notably the file sharing network eDonkey2000 and its P2P network eDonkey.

McCaleb now works on the Stellar Lumens (XLM) project, a network that some would say competes with Ripple and XRP, and was the CTO of Ripple until 2013. He departed Ripple in 2013 and formed the Stellar Development Foundation with Joyce Kim in 2014, where he currently serves as Director and CTO.

McCaleb was responsible for convincing much of the top talent working at Ripple today, including Chris Larsen, David Schwartz and Arthur Britto.

Jed McCaleb has also made a considerable profit from his stake in Ripple and his XRP holdings, but as part of an agreement formed when he departed the company sees his daily trading volume has been limited.

In total, Ripple has raised over $120 million from investors.

In 2013, Ripple, when it was still known as OpenCoin, had received funding from several venture capital firms, and these are prominent entities. 2013 investors include Andreesen Horowitz, Google Ventures and IDG Capital Partners.

Ripple’s Board of Directors has eight members: Chris Larsen, the Executive Chairman, Susan Athey, CEO Brad Garlinghouse, Ken Kurson, Ben Lawsky, Anja Manuel, Yoshitaka Kitao and Eugene Sperling. We’ve gone over Larsen’s role and history of the company, so let’s focus on the other members of the board. 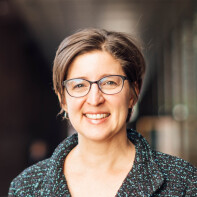 Susan Athey is a Professor of Economic at the Stanford Graduate School of Business and has previously taught at MIT and Harvard. She has also been honored numerous times for her work in economics, and elected to the National Academy of Science and American Academy of Arts and Sciences. Her current work focuses on digital economies, cryptocurrencies and various things related to the internet. 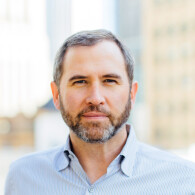 Brad Garlinghouse, the CEO of Ripple, has been involved in numerous managerial roles over the course of his career. He has worked as the President of Consumer Applications at AOL, and several more, including Senior Vice President, at Yahoo!.  Before joining Ripple, he was the CEO of Hightail. He is also on the board of Animoto, Tonic Health and Ancestry.com. 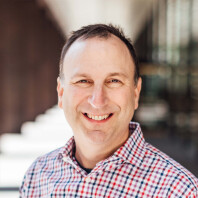 Ken Kurson is an experienced journalist and financial analyst who is the Editor in Chief at Observer Media. Kurson had written for Esquire for nearly 2 decades. He has also founded a publication called Green Magazine and published a book called The Green Magazine Guide to Personal Finance. He has also served as a financial analyst for CNNFN, editor at large for Money and as the Executive Vice President at Jamestown Associates. 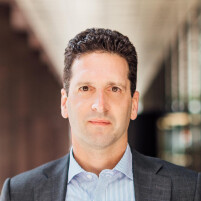 Benjamin Lawsky is an American attorney who was the state of New York’s first Superintendent of Financial Services. He has also worked as the chief of staff for Governor Andrew Cuomo and co-chaired Cuomo’s Cyber Security Advisory Board. Additionally, he created BitLicense, regulation for digital assets businesses in New York. 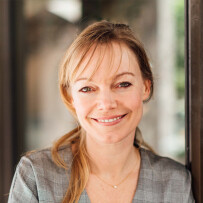 Anja Manuel is the co-founder, along with Condoleezza Rice, Stephen Hadley and Robert Gates, and managing partner of RiceHadleyGates, a strategic consulting firm. She is also a former diplomat, an author of This Brave New World: India, China and the United States. She was responsible for the South Asia Policy at the US Department of State. She also serves on the board of the Overseas Shipping Group. 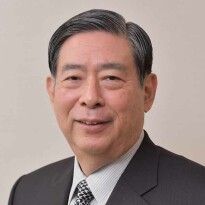 Yoshitaka Kitao is the President and CEO of major Ripple backer SBI Holdings. You might have heard a lot of news about Kitao and his enthusiasm for Ripple, which seems to be boundless with him even having said that he expects a vast number of banks in Japan to use XRP before the 2025 Osaka Expo. SBI is behind the many Japanese banks that have become a part of the Ripple network. SBI has also formed SBI Ripple Asia, an entity focused on promoting the adoption and expansion of Ripple in Asia. Kitao joined Ripple’s Board in April 2019, replacing Takashi Okita. Kitao has also served as the Executive Vice President and Chief Financial Officer (CFO) for SoftBank. 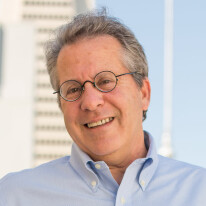 The current leadership team largely remains the same from its early years, though additional members have come onboard since the project has expanded in scale and scope.

All images, except that of Jed McCaleb, taken from here. McCaleb's image was sourced from here.