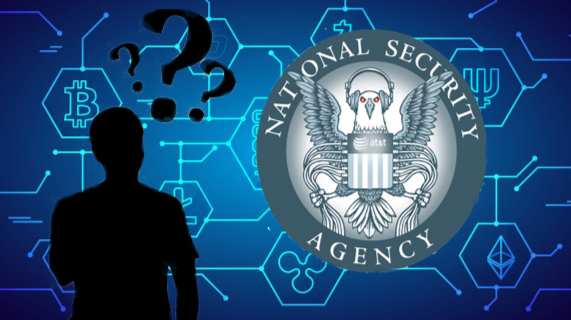 The United States Security Agency (NSA) is creating a cryptocurrency with quantum resistance to ensure a geopolitical advantage.

This information was released thanks to a tweet from Bloomberg Technology reporter William Turton, who attended the 10th annual Billington CyberSecurity Summit in Washington D.C.

The reporter reported that:

Anne Neuberger, director of the new Directorate of Cybersecurity of the NSA, says the agency will again propose hardware and software standards. He also indicated that the agency is currently working to build a cryptocurrency of quantum resistance.

Neuberger has been focused on strengthening security systems and finding solutions that can cope with rescue software threats posed by a number of geopolitical adversaries, including North Korea, Iran, Russia and China.

The NSA has identified approximately 4,000 daily rescue software attacks, ensuring that this high number is a key concern for the next US presidential election to be held in 2020.

That is why the recently created Agency Cyber ​​Security Directorate, which will begin work in October, will focus on mitigating the threat of Russian influence operations, as well as theft of intellectual property and cyber espionage attacks from China.

The interest of this institution in cryptocurrencies comes because digital currencies have become an integral part of stealth cyber warfare and global intelligence operations, which increases the possibility that any state agency that wins the arms race in development from a cryptocurrency of quantum resistance can ensure an appreciable geopolitical advantage for your country.

Since the governments of Iran and North Korea have approached the issue of cryptocurrencies in recent years, while in China and Russia it seems that these assets are already being seen as a tool on political issues, the NSA does not want states United is left without any defense against these advances.

One of the most worrisome threats on this issue is the North Korean government, as it has been reported on multiple occasions that the cryptographic hacker group, Lazarus, has connections with the government of that country.