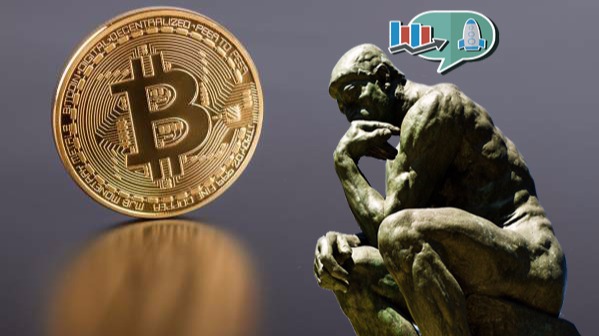 According to the surrounding market we should expect Bitcoin for the rest of the year and 2020.

There are barely three months left in October, November and December for the end of the year and many of us wonder what will happen to bitcoin in the final stretch of this 2019?

Will it continue its downward trend until next year? Or, on the contrary, will it surprise us with new increases?

The fact that Bitcoin is increasingly important generates a great intrigue in the community that uses this cryptocurrency, since more and more regulatory bodies are being integrated every day with the aim of trying to control the use, supply and demand of this currency digital. 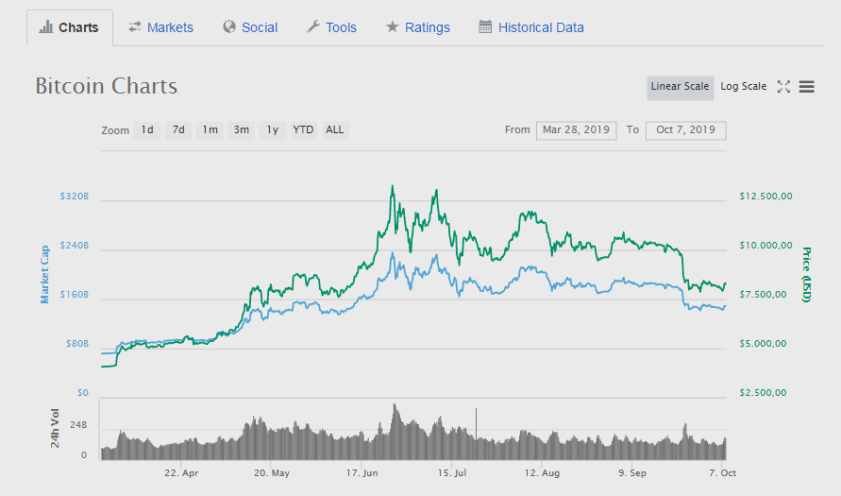 Due to this as it has been seen during these last months, Bitcoin has suffered several important falls over this period of time, its current price is $ 8324.48 recovering 4.84% of the fall of its Psychological support of the $ 8,000 according to coinmarketcap, although this year has marked a new record high reaching $ 14,000, many investors have expected it to maintain a better performance for these last months of the year. Since events like Bakkt have occurred that should have driven the bull market to better historical performance.

Of course there are investors who expected that at the end of this 2019 a bear market would occur that would allow Bitcoin to reach new heights next year. But despite the divided opinions each and everyone continue to look to the future despite the annoying inconveniences that have arisen and because of this will generate a bear market that has remained constant.

Of course there is not only a single problem that affects the rise of bitcoin, today a lot of key factors can determine a bullish or bearish run for Bitcoin as they are:

- The issuance of the cryptocurrency.
- Supply and demand.
- The control and regulation of it

With respect to the issuance of bitcoin as it gets closer and closer to its currency limit, it is very likely that an increase in the price of the cryptocurrency will occur. That is why, different experts say that Bitcoin in the year 2020 can reach a value greater than 10,000 US dollars; which, will not decrease so steeply. That is to say, its declines will be of little relevance, of course this could vary.

Of course, 2020 could be an important year for Bitcoin, and many unexpected things are likely to happen. Another event that could set the tone is the expected halving of the bitcoin block that will take place in May 2020. It is almost certain that the halving will have an impact on the price of bitcoin. And if we take this into consideration and other upcoming events, it could well be that 2020 becomes the year in which all records are broken.

If it is very true the market has certain difficulties to overcome, but it is important to remember that during a rapid growth there will always be a sharp fall. It is also only a matter of time when large pieces of chess enter this market in a correct and real way.

For sure, whatever it is, nobody knows exactly what will happen with this volatile cryptocurrency, so it only remains to speculate about the different possibilities, and the movements that the cryptocurrencies could have during these last months and next year.