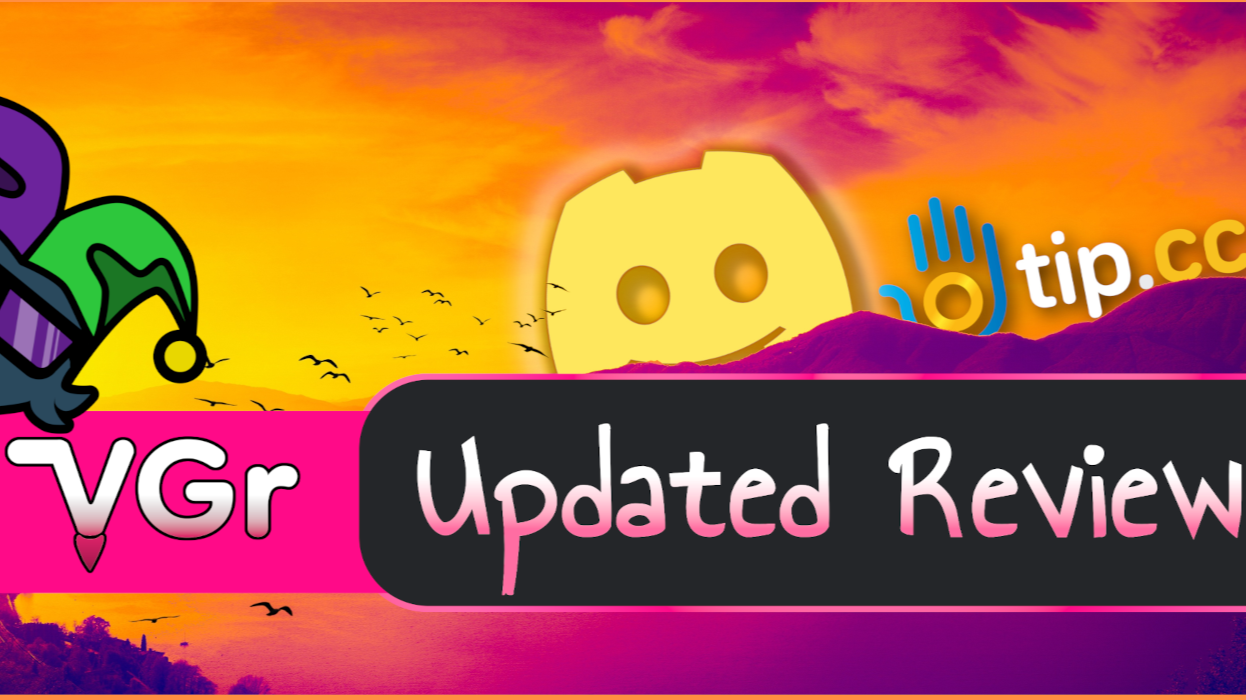 Discord is a very curious messaging and communication application. It started approximately in 2015, aimed at the gamer audience, replacing other applications such as TeamSpeak and Skype at the time. What worked very well, its ease of use, as well as the overall design and comfort for the end-user were great formulas for creating a great product.

As the years went by, there was a vertiginous growth in the number of Discord users. Including a change in its resources and brand. Where it was no longer just a place just for games, but now for anyone who wanted to set up a healthy space, such as studies, games, music, etc...

In 2021, it already had about 140 million users and continued to grow, so much so that about 850 million messages were sent per day and about six billion per week. Also, we also have community-developed bots that can help with various functions including crypto tip bots.

If you are thinking of starting a discord server for your friends or a large community, the tip.cc bot would be what I would recommend in most cases. For being one of the only ones that years passed and it is still available for most users to enjoy its advantages.

tip.cc is a cryptocurrency bot that works on discord and telegram (Soon), supporting more than 500 cryptocurrencies, approximately, to make your tips on your server.

Its operation is totally user-friendly and very comfortable for the end-user to use its commands. Although there are many, it is quite easy, checking the guide or $help and consulting what this command is for.

tip.cc on my server, now what?

To install tip.cc on your server, I recommend going to the bot's main website: tip.cc

And finally, press "Get on Discord", carry out the authorization process and that's it, now it will be on your server.

Now that you've added it to your server, you can start configuring the prefix, maximum or minimum of tips in $ and allowed currencies. Or leave, as is and give the commands a try.

To configure the bot, use the $config command, it will provide many options for you to configure as mentioned above for example.

First, you need to deposit in the bot, and then you can type new users from your community.

The deposit command is simply: $deposit(currency)

You can choose from over 500 coins to deposit, as a form of comfort to which currency you are most familiar with.

To send news tips to new users, you must use the command $tip (who) (how much and in which currency)

The tip parameters can change. For example, you can tip a specific role or a certain number of members active in the conversation for a certain amount of time. Yes, you can also use time as a parameter that makes your tips or other commands even more specific.

Some fun tips command stand out like airdrops, triviadrops, musicdrops, mathdrops. Each one with its respective function as a form of entertainment.

$airdrops or $redpackets or $redenvelopes are types of airdrops where you drop x amount of coins and depending on if it's a redenvelope only the first person to react will get the drop. If not, the drop will be divided between those who reacted.

$triviadrops, $musicdrops, and $mathdrops are aimed at entertainment and interaction between users, because, respectively, they are trivial with general questions, musical trivia with an incredible musical repertoire, and math questions.

Of course, it wouldn't fit to put all the commands here, it would be kind of tedious, but you can consult it, if you need help, typing $help or checking the support on the site.

If you want to keep up to date with the tip.cc bot news, the best place is undoubtedly the bot's official community discord. There, you can have fun with interactive drops, sweepstakes, airdrops, and much more. And of course, staying on top of partnerships and changes in the bot changelog as soon as possible.

Fun fact/Not So Spoiler: Nitro Boosters have access to secret locations. And lolhd cultists are funny, do you also have a text channel just for them? Stay this rhetorical question here.

Well, that's it, I hope you've enjoyed reading this far. If you want more, you know, just follow me on social media. I'm releasing articles from time to time, giving my first impressions, reviews, or story on crypto projects.

Well, unfortunately, or fortunately I couldn't find alternatives worthy of Tip.cc at the moment. There used to be a few more tip bots that were pretty cool, but apparently, the developer has abandoned them.

Ah, but yes, on Twitter, for example, who has my attention is the bot CoinKit, which is also present on Discord, but in my opinion less attention than on the Twitter platform. There's not much to compare they are kings on different platforms (jk), but I leave it here with an honorable mention.

Tipcc is a great bot for the server owner or server member. It manages to serve the end-user and the server administrator well with its very cool customization options. The number of coins has been an issue before when it was still called Discordtip, in my opinion. But nowadays, no comparison. tip.cc is at over 500 coins, in many different ecosystems, from Luna, Avax, Eth, Polygon, and BSC and it seems that it only increases. This is very important.

However, I always leave the note that Tipbot is not a wallet. Many people put a very large amount into tipcc wallets, and when the wallets need maintenance, they don't know what to do. First of all, people should pay attention to the concept of the "product", which in this case is a tipbot to send tips. The deal is DYOR, put in money you can lose and that's it. But, that's just my opinion, you can be YOLO fashion, but that's ok, but don't go apeing so hard.