Dev-Log: Game of Stonks v.0.3
I've been working on this game for about a week now, and now you can finally try the beta! I'm still pretty new to game dev, and decided to make it extra hard for myself by making a 'blockchain game'.

Ultimately it's a game about showing off your NFTs by printing them out and placing them in the office.
Then you can make a shortlink to share your office. There's also a 3D printer if the NFT has a 3D obj. (Todo: let player choose size of the object... :O And mini-games which is what I'm working on now. There's currently just one quest in the game.
I'd like to make lots of minigames to play in the office. 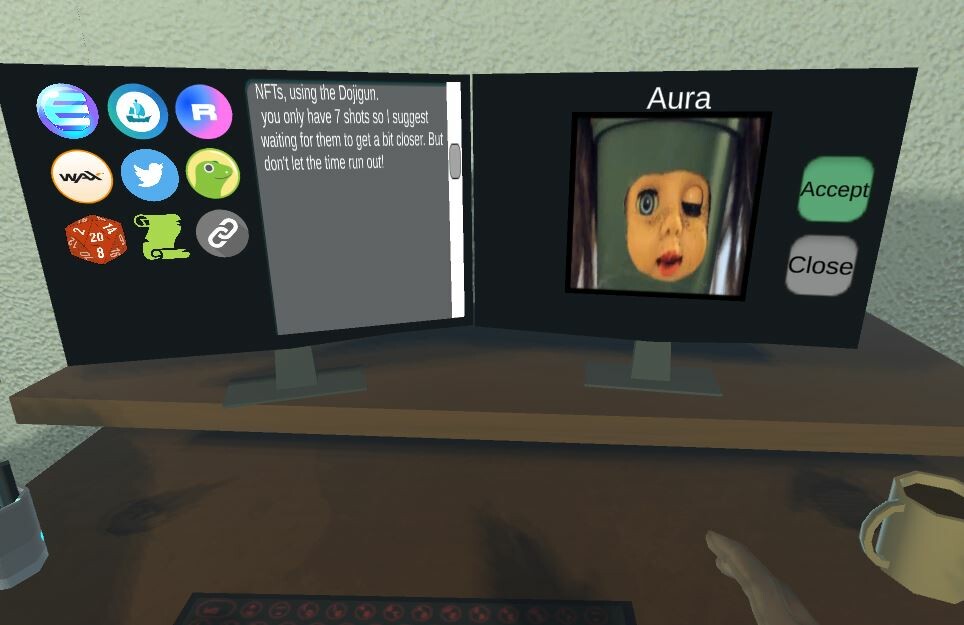 The third deployed build on itch.io , but the first one anyone gets to test.

And you can try it now on Mverse.cloud

I guess my idea for the game is to have a free place 'on the blockchain' to show off your items, since land ownership can be expensive on the blockchain. There are still some bugs left to take care of before I can release a final version. There's a second room that I barely started on, if you can figure out how to open the door. 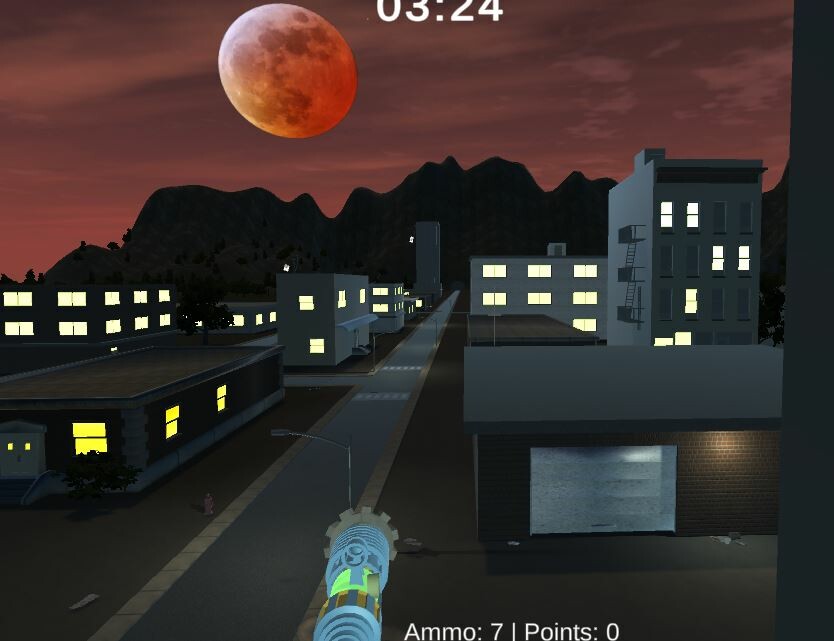 Hold left mouse to lift some objects. Or fire weapon if you have equipped.

Q to equip weapon. F to sit and stand from chair.

F to pin an object you're holding in place

You need an 0x or wax address (any) to print some objects.

Progress is saved locally in the browser, and in the cloud if the player wants to create a shortlink, which you can do with the chain-link button in game.

The main challenges so far were with NPCs (A.I Characters). I made a ton of NPCs that were randomized every time the game starts, to walk around and keep the city lively; but they are just too heavy for the webGL build, so for now there's just one humanoid, based on myself. Then there were issues with getting copy paste functions to work, since it's pretty important to get the 0x address easily entered in.

And of course getting stuff to work in the browser in general. I only have two computers to test it on, and the main functions seems to work. But I'm sure I'll hear about some more bugs :/

Started integrating Enjin and wallet signing, but paused it for now, along with some other buttons that are disabled. It's currently just Opensea and Wax, which didn't require an entire library of code to use, or maybe I just haven't learned enjin properly yet, there's not much Unity documentation for it. No changes are made on the blockchain since the game's just about printing items so far.

Some types of minigames I have in mind:

A mining simulator with NFTs to upgrade your rig.

Living NFTs you can print out and interact with. I'd like to get the base engine running well first, so I'm releasing this beta now. And hopefully soon I can get back to making content to actually interact with in the game, I've spent 85% of the time just coding and bug checking. Oh, and I should let the player install a curtain or something if he doesn't care about the world outside, and just wants the office to load faster. Maybe even disable the entire outside world and install their own as an NFT.

But please let me know your experience with the beta if you try it. And if you can, include any errors from the console, and which browser you were using. Thanks, and have fun! 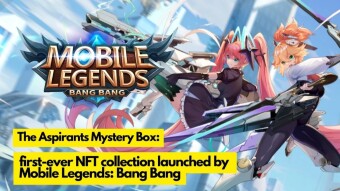 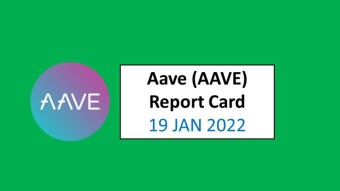 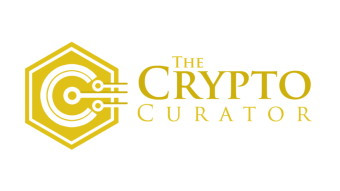