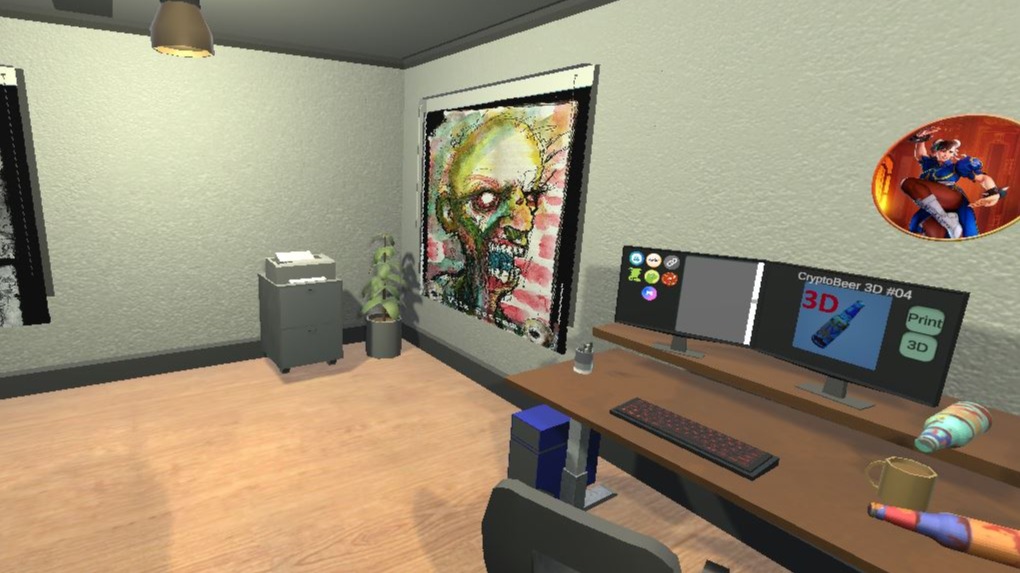 An update about the game I'm making about printing out NFTs and customizing your office.

This week I've mostly just been focusing on optimizing the game to run better on the web. And make sure you can get your room back, as well as sharing the room with a shortlink. Still have to test the game on some different browsers and setups. It runs best in Chrome/Brave.

Had to use some form of occlusion in the windows, to start the game with no outside world. And then why not customize the curtains with some art? I've been getting a lot of ByronArt nfts on Wax so I used those to test the curtains. 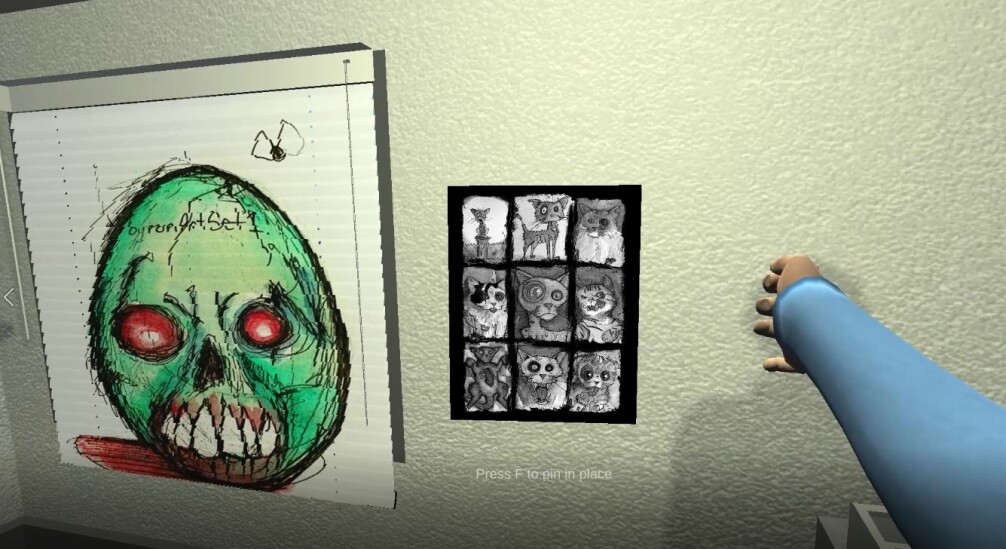 Just pin an NFT (image) on it to customize it. If you put a video or something else, unexpected things might happen.

You can currently print out anyone's NFTs, including 3D objects. At least in the beta. And I'd like to work with NFT developers to add more functionality to 3D objects for the owners in particular. 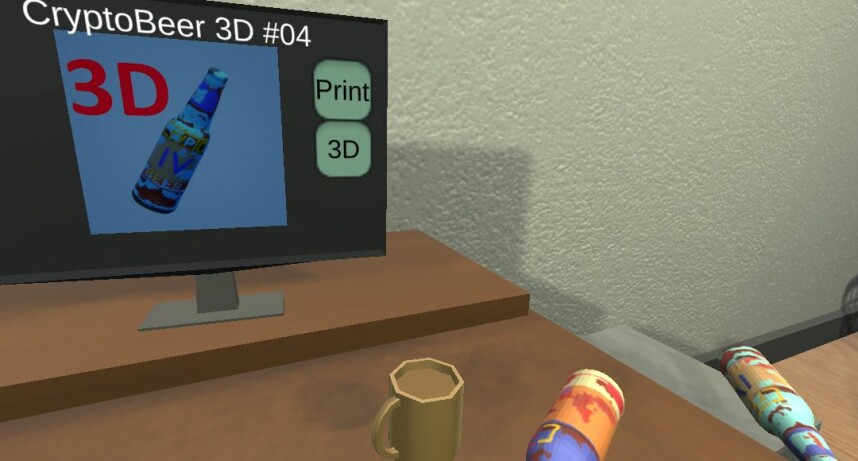 Now where do I get some better crypto coffee?

Living NFTs are on the list too, so I brought the NPCs back outside (some simple A.I pathfinders) to stress test it even more. They don't seem to be the ones affecting the framerate. Note that in this version you can actually go outside the house and explore the world, which is not how the world is meant to be seen. The framerate is worse outside, so open the blinds at your own risk.

The controls are W,A,S,D. Then you can jump into the window (Spacebar) and crouch down with shift to go outside. if you want to help me troubleshoot what happens, press 1 to activate FPS counter. (And my apologies if some characters spawn without clothes. They are very-overly randomized right now, and low poly.

Would be cool to actually visit other player's live and do stuff too. It has been a while since I did networking, but I'm building the game with that in mind; eventually I will try to add multiplayer to the game. And why not just let players load up any image, video, object etc. besides NFTs ? Maybe I'll add that eventually. The NFTs serve as a pre-checked links /metadata that is easy to read and hopefully works/safe., albeit slow sometimes. It's really just an artificial limiter that could complicate the game for some people, although I'm hoping to make NFTs easier to understand .

Play the game here kudos.itch.io/ where you can go fullscreen. I'm still working on the embed code for my site. Let me know if you have any errors etc. You will see them in your Chrome browser by right clicking a black space - > inspect ->console. Thanks!