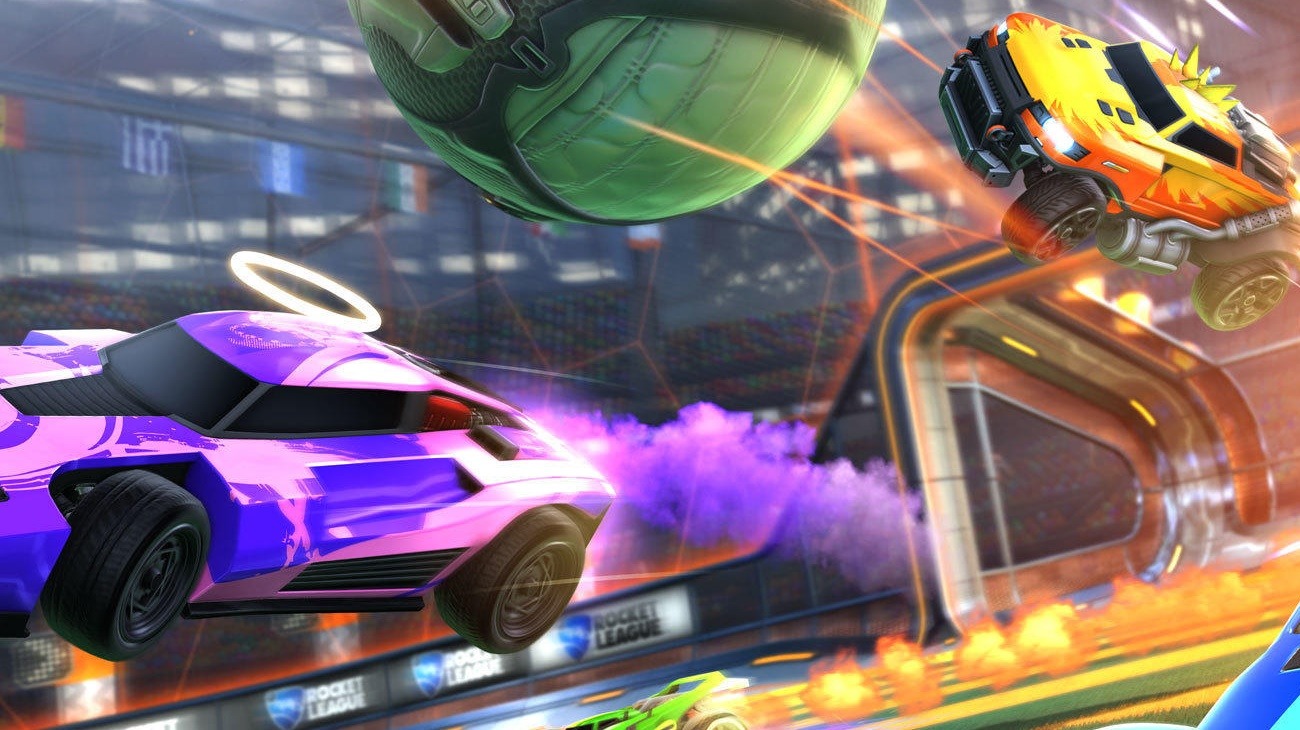 For a while now it has been teased that one of the most popular games in the world "Rocket League" will go free to play. There was never a date and basically no new info on when this will happen. Up until very, very recently when the date and time was revealed. And here it is. As of September 23rd 2020 Rocket League is free to play on Epic store. This came to the pleasure of people like me who like free stuff and games but to the dismay of older fans who distrust Epic and feel as if the game is somehow ruined. I can't really be the judge of that since before this I've never played Rocket League. So, I downloaded the game and like its customary by now, when something huge is released for free there is server issues due to the sheer amount of people getting in on it. You'd think by now game companies would learn to prepare for this but I'm not going to go down that road. After several hours I tried again and holy mother of god is this game fun. I mean addictive FUN. In only played some casual matches but I had so much fun. More than I've recently had in any game. The game is fast, definitely not easy, but fair. The music seems to be a bunch of stuff from the Monstercat playlists. Which is interesting to me since it opens up a lane for musicians to market themselves. Of course, I assume not every Joe can get their song in the game but I do feel like more games could have something like that or similar. A community driven feel where people can submit their songs to be featured in the game. Some other games have done similar things with in game sprays for example.

If you ever played football, or as friends from the west call it "soccer", you know that scoring a goal is one of the most exhilarating things ever. Same goes for Rocket League. It's euphoric. Some might say I'm praising the game too much? It turn into something like Overwatch for me where I have a love hate relationship with the game, who knows. But, right now, as a beginner I totally recommend you to try RL if you haven't before. Download it for free on Epic store.