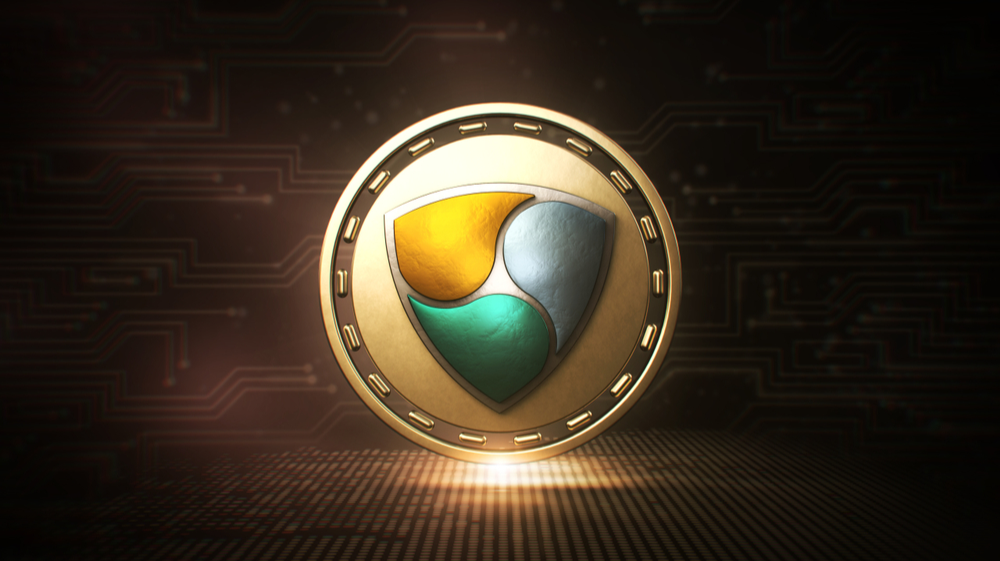 What is Nem (XEM)? — 'Ripple in Disguise' — Beginner's Guide

NEM is a cryptocurrency developed by a group of members from the Bitcoin Talk forums, lead by "UtopianFuture".

Inspired by the NXT currency, the original plan was to fork NXT and create the features/functionality they desired without the need to create all the code from scratch.

However, it became increasingly obvious that in order to achieve their ideals, they would have to basically create their own system from the ground up, and so the call was put out (on BitcoinTalk) in January 2014 for contributors to the project.

The aim was to create a system that would encourage greater privacy through the introduction of multi-signature accounts, encrypted messaging and an 'Eigentrust++' reputation system (basically a way to manage the 'trustworthiness' of contributors to the network).

Also Read: What is Ethereum Classic (ETC)? — 'The Coin that Got Away' — Beginner's Guide

Released on March 31, 2015, one of the more promising aspects of this system is the "Mijin" enterprise software which has been adopted by a number of Japanese banks. By Q4 2017, the market cap of the system’s tokens had raised substantially to $4bn, with each fetching a price of $0.46.

Like most of the other altcoins, NEM has ridden the coattails of Bitcoin. Whilst this is not a problem, the main issue lies in how it’s able to scale. Without any formal legal entity (company) managing the operation, the coin seems more of a hobby than a serious enterprise offering. 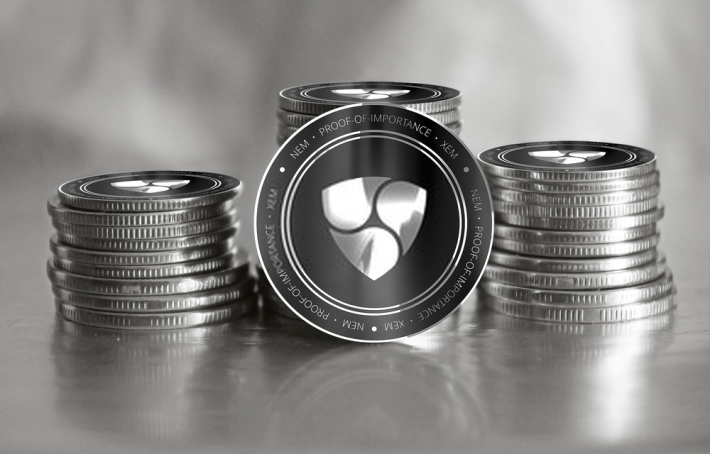 More akin to Ripple than Bitcoin, NEM is one of the few crypto systems built on a foundation of 'assets' rather than functionality.

Written entirely in Java (with a C++ variant in development), NEM’s main benefit is to focus on building out an infrastructure layer for commercial messaging and sequencing system.

In other words, rather than being a currency in itself, the system has been created to facilitate more secure transactions across different networks. To achieve this, two sets of code were created – the open-source front end code (NEM client) which is freely available on Github, and the closed-source back end code (NIS server).

The nature of the closed-source solution is where most of the value lies for this system, as it’s the one that enterprise clients would end up using – and hence is the basis on which many financial commentators have valued its tokens (coins).

NEM’s core reason for existing is to introduce a client-server model where the NIS (NEM Infrastructure Server) runs independently of the NCC (NEM Community Client). This not only allows for more secure transactions but also for 'light' clients to run independently to the central NEM blockchain database (very important especially if you consider the network potential).

Heavily focused on trust (with a system in place to monitor it), the system places a heavy bias towards frequent users of its network, and those who use the network for the most voracious of transactions (such as large data swaps, etc).

Quick Guide: What is NEO? — 'Neo Kid on the Block' — Beginner's Guide

Many in the technical community have suggested that NEM is really focused on becoming the next-generation communications network for financial institutions – with banks and other larger companies sending/receiving transaction orders through the system.

There are currently 3 sets of proprietary functionality delivered with the system: 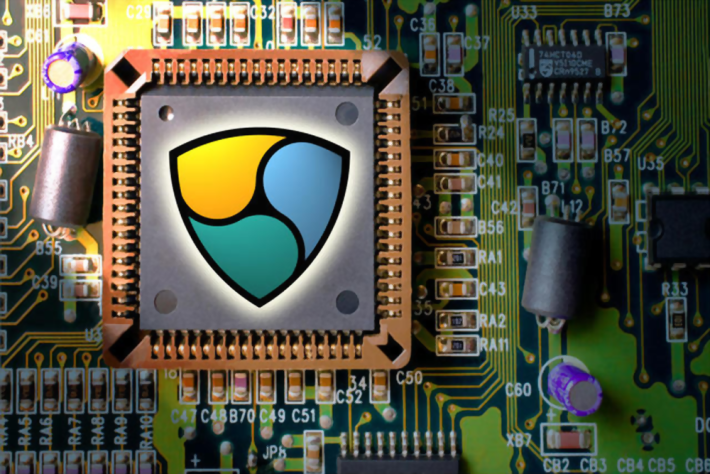 Despite somewhat shadowy beginnings (where the "utopianfuture" username was the only identification of the creator of the NEM system), due to the necessity for the system to have a commercial front (both for legal and trust reasons), the project has now spawned the NEM foundation which acts as the intermediary between the system’s developers and the public.

The members of the NEM foundation are as follows (redacted to highlight the core developers): 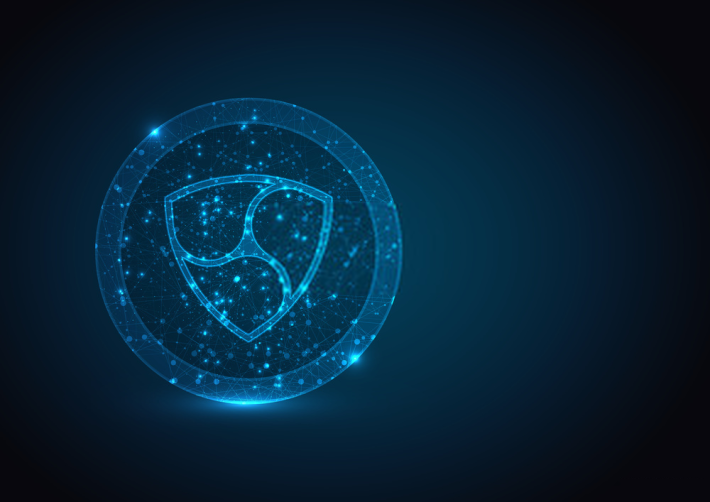 As mentioned, NEM was developed by a group of contributors to the BitcoinTalk forum who essentially wanted to create their own cryptocurrency.

Whilst this doesn’t instill much confidence in the project, the underlying reality is that a number of important developments were made to bring it to life (some of which have been mentioned above).

Thus, in order to understand the system, and how it fits into the world, examining the core technical prowess it employs should be primary:

NEM’s primary contribution to the cryptocurrency landscape is a new consensus mechanism called Proof of Importance (PoI). Unlike Proof of Work (PoW), it is environmentally sustainable and does not require large scale computing resources in perpetuity.

PoI is similar to Proof of Stake (PoS) except that it is not solely derived from the size of an account’s balance. It incorporates other behaviors that are believed to be positive for the holistic economy. In this way, it attempts to reward active economy participants at the expense of inactive ones and dampens the rich getting richer effect that is inherent to PoS.

You can view the NEM Technical Reference here.

In a nutshell, its design is based on the idea that the most active members of its economy (system users) are able to benefit most from the system (faster transaction times/network priority).

This means that if you applied the currency to a financial network, the nodes most responsible for network activity are going to receive priority in terms of transactional excellence. This is very important as it means that the system essentially responds to the best use case. 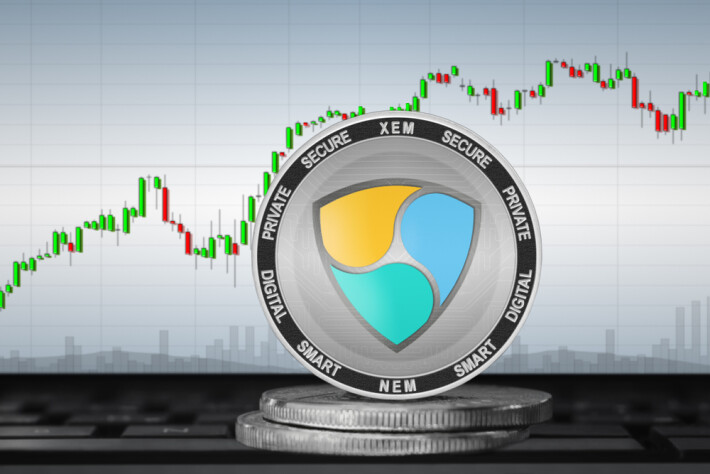 Much akin to Ripple, the adoption of NEM lies not with consumers but business.

Indeed, the goal of the commercial Mijin aspect of the system was to reduce banking costs by 90% – a goal, even if unreached, which demonstrates quantifiable commercial value. This is actually very important, as the uptake (and eventual achievement) of this goal would determine whether the coin could weather any storms in the crypto market (which are inevitably going to come).

Unlike Bitcoin (which wanted to create a new currency and as such placed massive value on each of its tokens/coins), NEM (as with Ripple) have relatively low prices for each of its tokens. This precludes it from being an investment one would make purely on the price of its coins… forcing people to dig into its underlying architecture and adoption metrics.

To examine its growth, you, therefore, need to appreciate how far it’s being adopted. $0.05 (at the time of writing) tokens is suggestive of a system that has high volume but low transactional value… unlike Bitcoin which actually has relatively low volume but high value.

The metrics available for NEM are indicative of this ideal, with its transactions mimicking its rise in price – a slow and steady growth curve as more institutions begin to adapt its infrastructure. This is very similar to the way Ripple has been growing.

The key thing to understand about NEM is that it was not designed around any central entity (unlike Ripple). Ripple was essentially built around several prior commercial projects, and thus had the benefit of a legal and fiscal infrastructure that has made it a highly desirable partner to help banks introduce blockchain technology into their payment settlement systems.

Therefore, if you want to better understand NEM’s value, you really need to consider which systems it was designed to help improve. On top of this, seeing how deeply the systems were integrated with the NEM would also be beneficial. A lack of central leadership is also indicative of a system that could succumb to wider exposure. 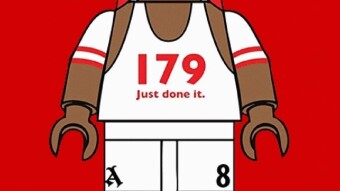 You can run but you can not Hide