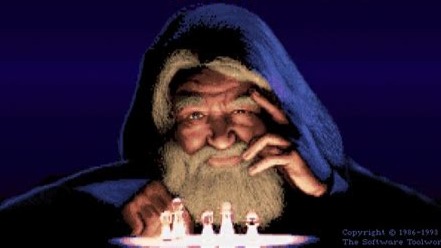 What has been the energy cost of Musk's recent tweet which led to trillions of bytes having to be compressed, routed, copied, pasted, read and written everywhere on planet Earth and yet here again, as a resized image? 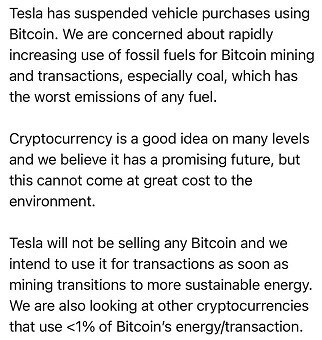 I think he was told to tweet this. It was not his decision. Nor did it originate from Tesla. It looks too structured. When does he tweet in 3 paragraphs like this with no jokes? His viral tweets's have huge impacts in the media space, for a short time, because he has "online credibility (cred)". A cool, techie, success-story entrepreneur with millions that literally follow him. And that can be used.

The US and its allies are engaged in full spectrum dominance warfare against China (and Russia). The war is on multiple parallel levels: technological, ideological, political, geo-strategic and of course, financial. I mean that all attack vectors are considered. The financial war is conducted through all assets that have monetary value and their vehicles. Currencies, payments systems, debt instruments, commodities, sanctions, tariffs, etc.: Whatever can harm their enemy. The US wants to stay the top dog. So if a popular, viral Tweeter could pass the message,.. then we could echo it again and again in the Main Stream Media (MSM). Right? He's got wall street cred + online crypto cred right?

Right now, the knight that the deep state is moving on the board is Elon Musk, self-proclaimed "Imperator of Mars" a.k.a. "The Dogefather". Once his overlords were pleased that he delivered their message, he followed with what I feel is a more honest and personal approach:

But here is what I would reply to him: You have not clarified anything. You just made your position more ambiguous, all of a sudden. What happened? Did agents wearing suits, shades and earpieces come to have a chat? Well, it's good to believe in something but what you're saying is wishful thinking because "it" has already driven a massive increase in fossil fuel use... and in nuclear use and in renewables and storage and research. And it will continue because energy, just like money, does not stink. You can't blame the miner for the energy source. They are just buying electricity at best cost in the best environment.

So Musk takes to Twitter and does the bidding of his masters. But before I continue, let us recall Charlie Chester, CNN's technical director, recently caught saying: "...after covid fatigue, the next big thing we'll push is the Environment..." . Those might not be his exact words but the message is there. The network has a plan for what comes next in the news. All MSM will dance to the same tune. Because they all follow orders. The bidding of their masters. This is conspiracy theory, but we must theorise if we are to understand what is going on.

So here is the original Tweet, copied yet again, with insertions by The Archive:

Tesla has suspended vehicle purchases using Bitcoin. Those sales must be conducted in US dollars. So we will say that We are concerned about rapidly increasing use of fossil fuels for BTC mining and transactions, especially coal, which has the worst emissions of any fuel. Excellent. BTC is mined in China, in Xinjiang. People will google it up and see big news of a genocide there: perfect! Associate Evil+China+Coal+Damage to environment with BTC transactions: Knight to F4.

Cryptocurrency is a good idea on many levels and we believe it has a promising future, but this cannot come at great cost to the environment. On other levels it is not a good idea. Decentralised consensus mechanisms are not a great invention or a revolution, just a partially good idea on certain levels. Crypto, at large, has not yet reached it's promising future and it is not certain that it will: Right now it comes at too great a cost to the environment! When we bought 3 months ago, we didn't do our research properly.

Tesla will not be selling any BTC and we intend to use it for transactions as soon as mining transitions to more sustainable energy. We just won't sell... So we may buy more BTC but will not tweet about it. We are not holding it as a store of value or as digital gold. Our intention is to use it in a possible future, which may never occur, for transactions of an undefined nature. We want you to know this thing is useless. So, We are looking at other cryptocurrencies that use <1% of BTC's energy/txn. Just looking! No buying or selling please. So do the same as me, your Dogefather and look elsewhere! This way we can blame and hurt China and BTC at the same time all under the guise of ESG!

So is Elon now going to bash Marathon Digital holdings for partnering with Beowulf Energy to build a gigantic Oil and Gas powered BTC mining farm in the USA? Will he blame the most destructive energy source on the planet in allied Canada? I don't think so. If he does, he will be told to "Delete the Tweet." Anyway even if he doesn't, Jack the Bishop back at Twitter can always "Edit the Tweet".

"First of all, I don't find it right for people to invest their money in cryptocurrencies that they have saved over many years, I think it would be really unreasonable."

Musk apparently said the above recently according to a fellow read.cash post. So it is reasonable for Tesla because they made that 1.5B$ quickly by selling stocks. But it would not be reasonable if they had saved it over many years? It seems again that he acts as a mouthpiece to pass the message: "Make sure people don't sell stocks & withdraw from the banking system in mass." Because that would be checkmate for the US on the economic level of the chessboard.

Listen starting at 07:50 for a good segment, which leads to Brian Brooks, the new USA Comptroller of the Currency, in the episode above. Do you think Brian Brooks is the brain behind this grand Internet of Money 2.0 competition? I do not think so. I think he is just a pawn.

And now the Hash Wars are here, as foretold by the excellent Keiser report in their follow up episode. Just listen to the first minute to get a glimpse of what is happening. The only thing uncertain is what attack will come next, using which vector, which mouthpiece. In the meantime, I will continue accumulating at large in the crypto space. Especially when Elon makes it this easy to get filled at low prices! Thank you Dogefather! Much luv! Wow! I love buying COAL at discount on TradeOgre! What do you think of the current events? By the way, I love ALL countries, all religions and all races. I am defending China in this article but like all nations they have flaws and challenges. But I hate real war and its consequences. Right now, we are witnessing the largest chess game in the world. A long and distasteful chess game. I prefer war "gaming". It's better for the environment.

The archive provides various publications relating to the world of cryptocurrencies and to the real world that surrounds it. Updates on various topics, major news events and their potential effects on crypto along with various observations on the subject are presented in a concise manner. Thanks for your time!