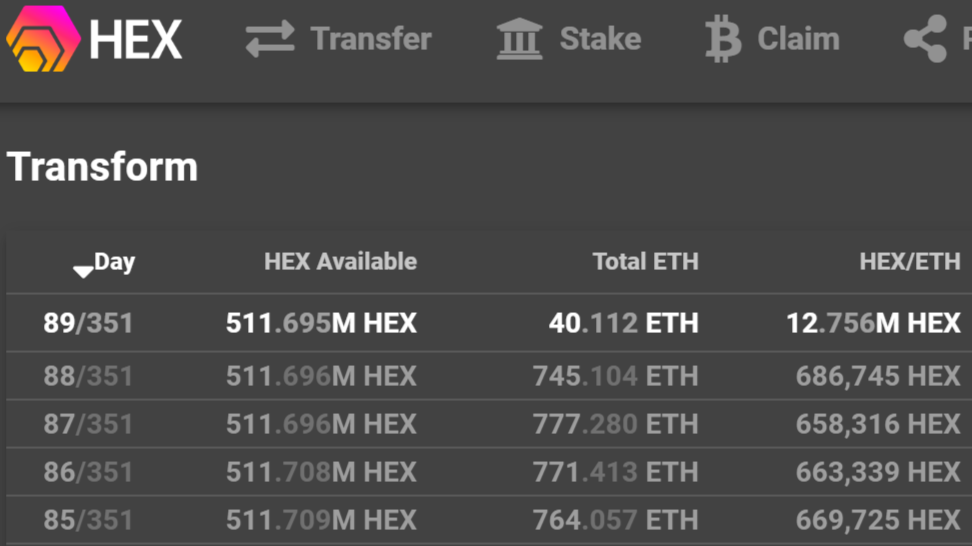 Have you ever watched a Youtube video from the founder of HEX, Richard Heart? If you have you likely are aware that all the HEX token holders/stakers are dumb shits, at least, according to Richard Heart they are... The man loves calling his audience idiots, and for some odd reason they continue watching and supporting him. This seems like a bizarre phenomenon, but it is what it is.

This is in contrast to your usual crypto Youtuber that tends to act in a very different manner, usually speaking with extreme politeness and well, frankly, you might even say they are straight up suck-ups at times. Would the regular Cryptotuber suck your dick for a big enough superchat? There's really only one way to find out...

But maybe there is something to this dumb shit thing... Books like the For Dummies series do well with audiences, while much of the other Ethereum-based applications you can find are rather complex and difficult for your average internet surfer. A hop, skip and a jump over to Go Hex shows you an extremely convenient interface with simple and easy to comprehend buttons you can click. Before you know it, you're "staking it until you're making it" as the saying goes.

Ethereum 2.0 will have staking, but its actual work, hard work. ETH2 staking will be much more complex and much easier to lose your money than staking in the Ethereum-based HEX time-locked asset dApp. This brought me to the thought that HEX could actually be beneficial to the Ethereum community as a form of Training Wheels providing the much needed baby steps into the world of asset staking.

One of the goals to moving from Proof of Work to Proof of Stake was opening up opportunities for more people to participate in earning block rewards in Ethereum. However, due to the complexity and regular activity required, you kind of have to be rather tech savvy to participate. HEX staking does not require you to be much more technologically inclined than Facebook requires of its users.

So, what is the key takeaway here? I'd say that HEX has the potential to drive more adoption to Ethereum's staking system over time. HEX can grow adoption from average joes that after getting a taste of the world of staking from HEX, just might decide to learn more about how to stake on Ethereum later on.

So check out some of my other shit:

What Ethereum Needs To Succeed: "Normies"

What Good Is A Utility Token?!?!

Are Central Banks About To Join Ethereum?